What Consequences Follow the Blocking or Blacklisting of an IMEI Number? 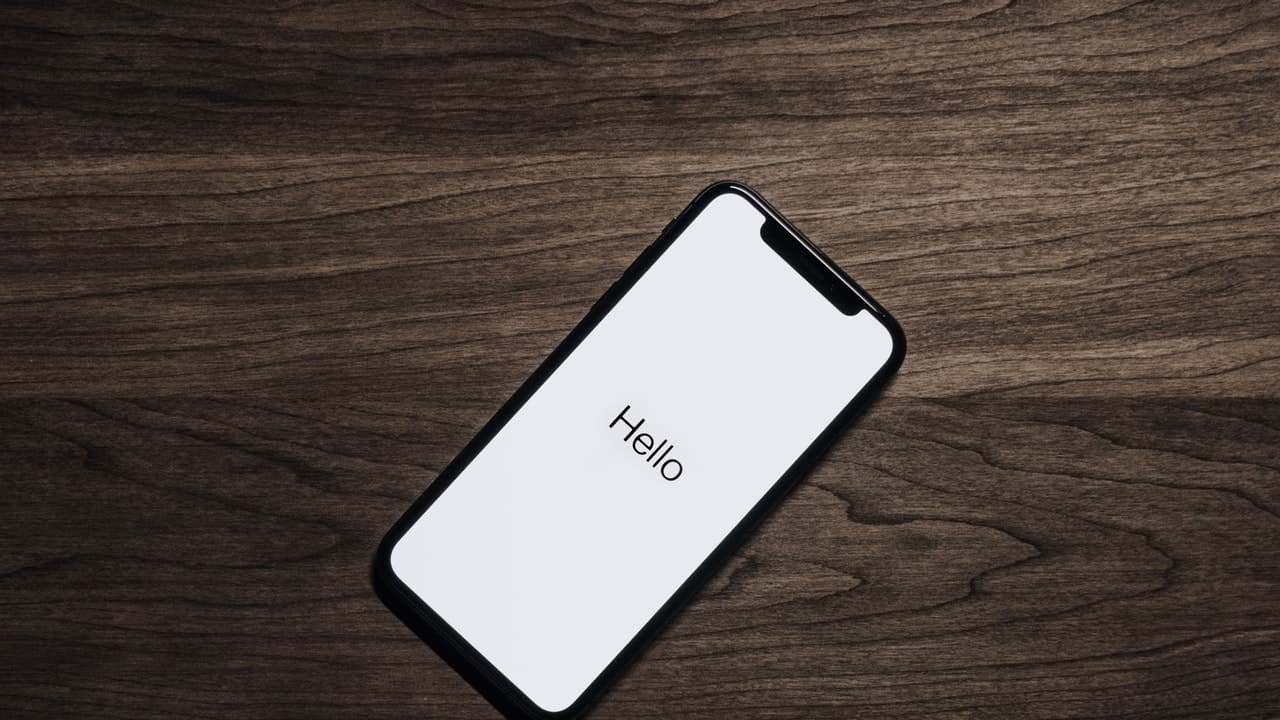 What are the Benefits of Blocking Your IMEI Number?

How to Unlock an IMEI That Has Been Blocked or Blacklisted

Services Provided by a Third Party

What Consequences Follow the Blocking of an IMEI Number?

What Should You Do If Your Phone Is Lost or Stolen?

Is It Possible to Reset a Stolen Phone?

When the phone is turned off, is it still possible to track it?

What Could Have Caused My Device's IMEI To Be Blacklisted?

Other Questions That Are Typically Answered in the Form of "FAQs"

Is it Possible to Remove Someone from the IMEI Blacklist?

Is It Possible To Use A Phone With A Blocked IMEI?

What Are the Signs That My IMEI Has Been Blocked?

If you believe that your smartphone may have been stolen and want to block its IMEI, then you have arrived at the correct location. In this post, I will explain the benefits of blocking your IMEI and how to do it. And in such a case, what takes place when the IMEI number is blocked? Let’s get started.

The International Mobile Equipment Identity, often known as IMEI, is a serial number used for the purpose of identification that may be applied to the device.

Because it is a one-of-a-kind number, much like your Social Security Number (SSN), there is no possibility that two different devices might have the same IMEI Number.

Therefore, if you choose to block your IMEI number, the device will no longer be able to contact the network of your carrier.

It is possible to do so by sending the application to your carrier, and they will disable it within a few hours of receiving it.

What are the Benefits of Blocking Your IMEI Number?

The IMEI Blocking feature is a very helpful tool for preventing your smartphone from being used in an unauthorized manner. It won’t stop you from using your smartphone, but it will stop your device from connecting to the mobile network, which will ultimately keep you safe.

Let me clarify. Let’s say you misplaced your gadget, and the person who stole it now has it in their possession. Now, there is a possibility that the thief will sell it on the black market. On the other hand, there is also the possibility that the thief would provide it to criminals, who would then utilize it in connection with unlawful activities. It may be drug trafficking, or something much more serious. Therefore, if you want to prevent your mobile device from connecting to a network, you need to ban its IMEI.

Therefore, you won’t have to worry about getting into any legal issues if you block the IMEI of your stolen device. Instead, you’ll have the peace of mind that comes from knowing it won’t be put to any unlawful use.

I have created a tutorial on how to block stolen iPhones using their IMEI numbers, and you can find it here.

How to Unlock an IMEI That Has Been Blocked or Blacklisted

There is a possibility that buying a second-hand phone would not save you as much money as you had hoped. There is a considerable chance that you possess a mobile device with an IMEI that has been banned. Your investment will be for nothing if you are unable to make phone calls, send or receive messages, or connect to the internet.

You might, however, take the following approaches into consideration in order to unlock the functionalities.

Services Provided by a Third Party

Unlocking an IMEI may be done via a variety of third-party services, both online and offline. It is more like a general solution that can be used for any kind of phone. You might begin by searching the App Store for premium application options. To remove an IMEI from the blacklist, all that is required is the ESN, which stands for equipment serial number.

In addition to this, you should get in touch with the carrier as soon as possible to get the phone’s IMEI whitelisted. Unlocking the phone using a set of secret codes should be handled by the carrier provider. However, in order to legitimize the action, you could be required to hand over the phone to the appropriate authorities or person.

Switching carriers is another option, but one with limited applicability. Simply switching carriers should be enough to unlock the IMEI and have everything function normally. Having said that, doing so without the approval of the existing carrier is not entirely within the bounds of the law. Therefore, unless it is really required, you shouldn’t look for a solution to the problem.

It’s possible that connecting to Wi-Fi will only activate features that are dependent on the internet. You will not be prevented from engaging in activities such as internet calling and texting.

What Consequences Follow the Blocking of an IMEI Number?

In the following paragraphs, I will describe what takes place when the IMEI number is restricted. They will begin the process of blacklisting your IMEI after you have submitted your application to the carrier in order to ban the IMEI. The majority of carriers have a list in which they may include this IMEI number; this list therefore prevents blacklisted devices from gaining access to the services provided by the carriers.

When an IMEI is added to a blacklist, the associated lists are updated, and the information then spreads across all of the carriers in the United States. Therefore, even if the thief makes an effort to unlock access to the network, he or she will not be successful in doing so until the service provider that blacklisted the number does so.

If you have the stolen device blacklisted in the United States, then it won’t be able to access any networks in the United States once it has been stolen. Nevertheless, if the gadget is transported to other nations, such as the United Kingdom, France, or any other country, it will function properly in those countries. Why? This is due to the fact that there is not yet a worldwide directory accessible at the time that this article was written. However, there is a possibility that nations may in the future offer such a directory.

You may take the situation one step further and report the theft of your smartphone to the police department in your area. In addition to this, they will require you to supply the IMEI or serial number, after which they will allow you to legally file a complaint. It’s possible that your carrier may require you to provide a copy of the police report with the request to get the process of blocking your IMEI started.

If you are interested in learning whether or not the IMEI number may be altered, I recommend that you read this tutorial that I have produced. How can we do this in the year 2022?

What Should You Do If Your Phone Is Lost or Stolen?

You may take the following precautions to protect the data on your smartphone in the event that it is misplaced, stolen, or otherwise compromised.

Your first step should be to file a complaint with the relevant local law enforcement agency.

The next step is to go ahead and disable your IMEI number so that it won’t be utilized for any activities that are against the law.

If you lose your device, instead of submitting a complaint or banning its IMEI number, you might try calling that number to check if anybody answers.

If you discover that your smartphone has been stolen, you should immediately file a report and have its IMEI number blocked.

You may attempt to locate your smartphone by turning on the “Lost Mode” feature on your iPhone. If there is no possibility of recovering the data, then you have the option of erasing the device, which would result in the loss of all of your data.

You can utilize the “Find my Device” option if you have an Android device. You have the option to utilize “Secure Device,” which enables you to show a personalized message and contact number on the screen that locks your device. If you have reason to believe that you will not get your device, you have the option to activate the “Erase Device” function, which would delete all of the information that is stored on the device.

Is It Possible to Reset a Stolen Phone?

It is true that there are methods that may be utilized to reset a phone that has been stolen. On the other hand, if they reset the stolen phone, they will be required to input the account information in order to use it again. When you put your iPhone into “Lost Mode,” an additional security measure known as the “Activation Lock” is activated on that device.

To proceed with Android, you will need to provide information for any previously used Google Accounts.

When the phone is turned off, is it still possible to track it?

You are unable to keep track of the gadget since, when it is switched off, it terminates its connection with the neighboring cell towers as well as the GPS.

What Could Have Caused My Device’s IMEI To Be Blacklisted?

If you have just purchased a pre-owned smartphone and discovered that its IMEI number is on a blacklist, this indicates that the device has previously been reported as either stolen or lost. In this scenario, your carrier has the ability to terminate its services for you if you use your number on this device.

The worst thing that might happen to you is for someone to report you to the local law enforcement organizations. Therefore, before purchasing the gadget, you may verify its IMEI using IMEI Check services to guarantee that it has not been lost or stolen and that it has not been reported as such.

Other Questions That Are Typically Answered in the Form of “FAQs”

Is it Possible to Remove Someone from the IMEI Blacklist?

The IMEI number that has been banned may, in fact, be removed from the blocking list. Acquiring the assistance of a third-party service provider is always a possibility for unblocking an IMEI.

Is It Possible To Use A Phone With A Blocked IMEI?

You cannot utilize an IMEI that has been banned. That is the answer. Phones with their IMEIs blocked are unable to send or receive calls, messages, or even use their mobile broadband connections.

What Are the Signs That My IMEI Has Been Blocked?

Making a phone call is the quickest and easiest way to get information on IMEI blacklisting. After the first ring, your call will be sent to voicemail without further interaction.

This article will explain why you should blacklist your stolen or lost IMEI, as well as what will happen once you have done so. Blacklisting your IMEI is one of the first things you should do, and this guide will explain why. Check out my tutorial if you’re interested in learning how to block a stolen iPhone using its IMEI number. In it, I describe the method in great detail.