What distinguishes the Garmin Vivoactive 3 from the Apple Watch Series 4? 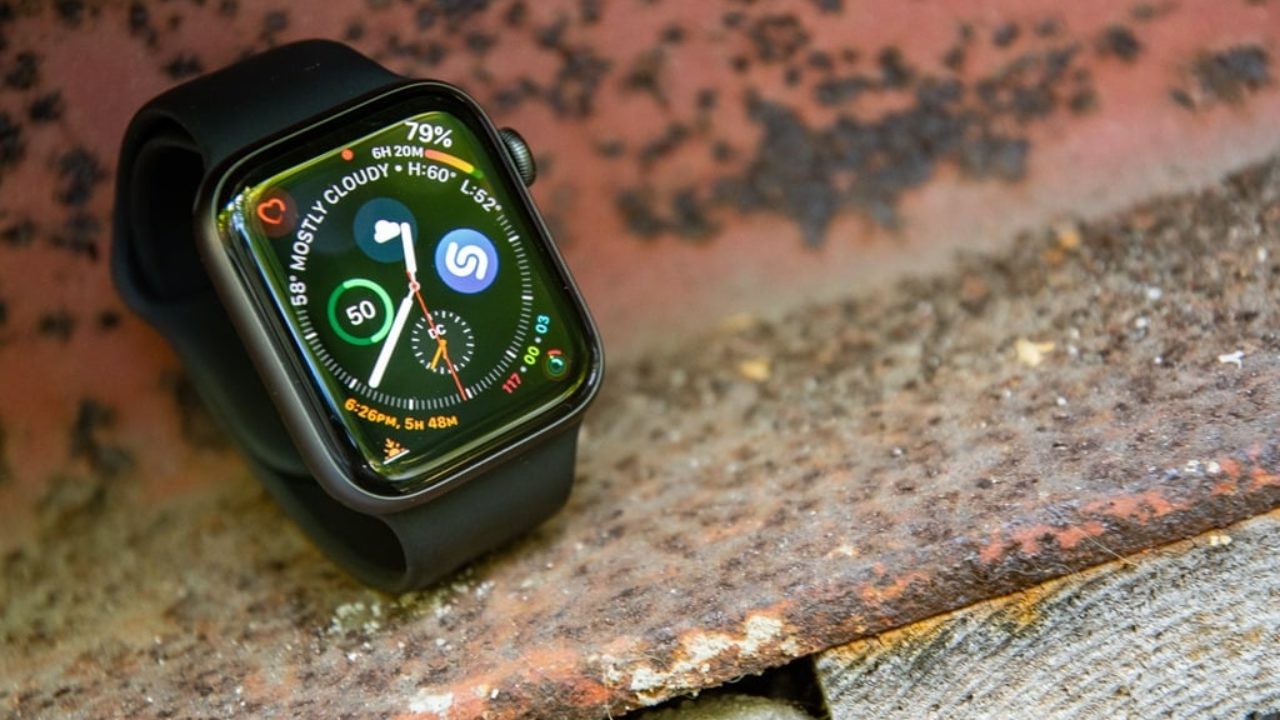 The Apple Watch Series 4 has four benefits and one drawback.

There are a few unique features included with the Apple Watch.

As 2018 draws to a close, we don’t anticipate too many new devices to be released before the year is over. The majority of wearables that will compete for space on your wrist once holiday sales start are already available.

Apple just unveiled its most recent smartwatch model. A number of helpful changes are included with it, such as a bigger display, a host of additional health and fitness functions, performance improvements, and more.

On the other hand, Garmin offers an outstanding selection of smartwatches and fitness trackers. The Vivoactive 3, a Swiss Army knife of activity tracking, is one of them. It will probably compete with the Apple Watch for the same demographic because it is far more stylish and intelligent than its predecessor.

However, there are several crucial details you need to be aware of. Let’s compare the two wearables now.

With its elegant spherical design, the Vivoactive 3 closely resembles Garmin’s Fenix and Forerunner lines. This is a significant upgrade over its predecessor’s old blocky, almost geeky look. With good reason, Garmin is aiming for both sexes this time. The fashionable watch weighs only 43 grams and has dimensions of 43.4 x 43.4 x 11.7 cm.

The single physical button on the right and swiping on the touch screen are both used for navigation. Additionally, you can scroll up and down using the swipe strip on one side. This innovative feature is useful, for instance, if you are working outside.

The sunlight-visible, transflective, 30.4mm (diameter), memory-in-pixel (MIP) screen is extremely colorful and simple to see both inside and outside. The screen’s protection is provided by Corning Gorilla Glass 3, which has a resolution of 240 240 pixels.

On the other hand, the Apple Watch has a well-known square shape. But this time around, there have been some modifications.

The new edge-to-edge screen in the fourth iteration uses power-efficient LTPO technology. The device’s physical size has not altered, but the screen area has increased by 30% on both the 40mm and 44mm versions. The new watch is a little bit thinner as well.

Sapphire crystal and black ceramic make up the back. Apple claims that since radio waves may now go through the front and back, cellular reception has improved.

The quality of the display, in addition to design, is a key distinction between Apple’s and Garmin’s products. One of the best screens available is, without a doubt, the Apple Watch’s OLED Retina screen with Force Touch. The smaller model has a display space of 759 sq mm, while the larger model has a display area of 977 sq mm.

Most people would probably concur that Apple beats Garmin in terms of aesthetics, unless you prefer the spherical appearance. Apple’s interface is slick and attractive, and the display quality is significantly higher. The one advantage Garmin has over Apple is an always-on display.

The Apple Watch Series 4 has four benefits and one drawback.

There isn’t much that distinguishes the two in terms of sensors. They share a GPS, barometric altimeter, accelerometer, and optical heart rate sensor under the hood. While Garmin’s device includes a compass for navigation and a thermometer to gauge the outside temperature, Apple’s watch also contains a gyroscope for detecting angular velocity.

The Apple Watch ECG sensor is the other significant distinction. It informs you if your heart rhythm is okay or if there are problems when it is enabled later this year. Fall detection is another intriguing new function.

The Apple Watch also has cellular connectivity, which is the last factor. A tiny electronic SIM card is a feature of Series 4. Of course, there are ongoing monthly fees for this.

According to Apple’s technological standards, the watch may last one to two days between charges. In particular, GPS will deplete the battery. Consequently, you will regrettably need to charge the watch every night. Not ideal, but perhaps expected given the increase in specifications.

Garmin says the Vivoactive 3 can run for up to a week on a single charge and for 13 hours with GPS turned on, according to Garmin. This is rather optimistic, though, as real use reveals that you can get about 4-5 days of use. This still represents a respectable level of battery life and is what Apple enthusiasts can only hope for. With the way things are going, they may have to wait until Apple Watch 6 or 7 is released.

Both trackers can withstand all weather conditions thanks to their outstanding 5 ATM (50 meter) water resistance rating. They are completely capable of keeping track of your swimming workouts.

While the Vivoactive 3 falls short in terms of fancy display features, it excels at activity monitoring. Don’t forget that you can get the necessities from both of these gadgets. This provides reasonably accurate information on floors, steps, calories, and distance. Along with moving reminders, the trackers also spit out inspirational remarks.

Both tools work flawlessly for exercising without a phone. The built-in GPS will monitor your pace, distance, elevation, and split times for outdoor fitness tracking. Your swimming workouts will be monitored in the water, including lap count, time, and calorie burn.

Sleep tracking is one advantage the Garmin device has over the Apple Watch. You occasionally receive insights from Vivoactive 3 as it delivers information on light, deep, and REM sleep. Apple didn’t see much use in releasing a native sleep app given its dismal battery life. But you can also use third-party solutions.

Let’s not forget to track our stress throughout the day. When you aren’t moving, the Vivoactive 3 will detect when your heart rate rises. You may use a feature on the Apple Watch to access breathing techniques to help you stay calm if you discover that life is stressing you out.

Rep counting and the Vivoactive 3’s pre-loaded gym sessions are additional elements that are noteworthy. Additionally, Garmin supports devices like bicycle sensors and footpods right out of the box, in contrast to Apple.

There are four good reasons to purchase the Apple Watch Series 4 and one bad one. Image source: Apple

There are a few unique features included with the Apple Watch.

The FDA-cleared ECG sensor is the most intriguing of all. You must place your finger against the digital crown in order to take a reading. With the sensor on the back, this makes a closed circuit. The information you need to determine whether your heart rhythm is normal or problematic will be provided through a new ECG app. Whether the feature will save lives or wind up needlessly alarming people with bogus alarms remains to be seen. ECG tracing will initially be available only in the US (when it is enabled later this year).

Based on your wrist trajectory and impact acceleration, Series 4 can pinpoint a variety of different ways to trip or fall. In turn, a few options for dialing an emergency number and informing your loved ones of your whereabouts are activated.

Apple’s optical heart rate monitor checks for abnormal heart rhythms as part of keeping an eye on your heart. Additionally, the FDA has given its approval for this feature. Additionally, the device will send you low or high heart rate notifications to let you know if it thinks something is amiss with your ticker.

Moving on to non-fitness functions, it is unnecessary to remark that Garmin lags well behind Apple in this regard. You will receive information about notifications (calls, texts, and push notifications for calendar events from your favorite apps), an app store, and music control, but that’s pretty much where it ends. And the experience isn’t even close to being as smooth as on the Apple Watch.

And Garmin Pay, of course. You can leave your wallet at home because the Vivoactive 3 features an integrated NFC chip that holds credit card information. FitPay has made the feature possible and it works with major issuing banks’ Visa and Mastercard debit and credit cards.

It’s also crucial to note that the original gadget lacks offline music storage. However, you can spend a little more and choose the Garmin Vivoactive 3 Music.

A wide variety of smartwatch functionalities are available with the Apple Watch. It resembles your iPhone so much that it feels like a natural extension of it. There are a tonne of native and third-party apps, Apple Music streaming, and a tonne more to pick from.

Not to mention cell phone connectivity. The watch and your smartphone both use the same number. The Series 3 has a tiny electronic SIM card, yet users still require a SIM. The watch automatically changes to the cellular signal when you are not near your phone. This signal can also be used by third-party apps.

While the two may appear comparable on paper, the watches are actually very dissimilar. The Apple Watch is the best all-arounder, whereas Garmin’s product focuses largely on offering a seamless fitness tracking experience.

Because of its short battery life and absence of sleep tracking, Apple’s device is unable to serve as a genuine 24/7 fitness tracker. However, the Apple Watch is getting closer to becoming a necessary health accessory with each passing year. A larger screen and new capabilities including ECG tracking, fall detection, and FDA-approved abnormal heart rate alarms are included in the fourth generation.

The Vivoactive 3 is a stylish, portable device that appeals to both men and women. Even while it lacks some of the more sophisticated performance measures seen on Garmin’s more expensive high-end sports watches, it comes with the necessities for tracking fitness.

Garmin’s device, however, is outclassed by the Apple Watch in terms of non-fitness functionality. But bear in mind that Apple’s cellular-enabled watch is somewhat more expensive.

There’s a reason the Apple Watch is the most popular wristwatch on the market if you’re looking to get one. The Vivoactive 3 would likely satisfy you more if tracking your fitness is more important to you.