What Does It Mean to be MLM 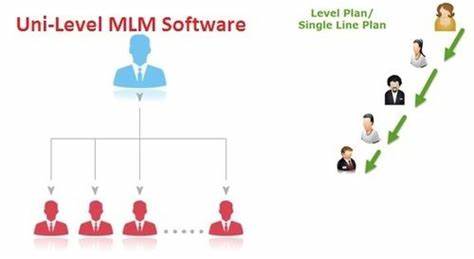 The term “multilevel marketing company” refers to a company that conducts direct sales of its products or services (MLM).

Multilevel marketing businesses rely on independent distributors to sell their products directly to customers and recruit new salespeople for the business instead of operating a physical storefront. Online or in-person sales are commonplace. These distributors are not paid on an hourly or salary basis. They only get paid when they sell the product; otherwise, they work as independent contractors. The company urges each distributor to enlist new members into their downline. The distributor then receives a cut of all sales that their recruits make.

The terms “MLM” and “pyramid scheme” are frequently used interchangeably. Some MLM businesses are pyramid schemes that break the law, even though they’re not the same.

In January 2020, the FTC temporarily shut down the instant coffee pyramid scheme “Success by Health,” which is a prime example of FTC enforcement action against a pyramid scheme. In the press release announcing the action, the FTC states that the company’s founders received $7 million from their distributors and kept more than $1.3 million of it.

According to the FTC’s allegations, less than 2% of participating consumers received more money from the defendants than they paid to them, and those fortunate few averaged less than $250 per month—a far cry from the defendants’ promises of “financial freedom,” the agency said in a release.

A legal MLM and a pyramid scheme like Success by Health differ in that the latter offers a real product that can be sold to generate distributor revenue. Additionally, although reputable MLM businesses encourage distributors to add new members to their “downline,” they are not required to do so in order to succeed financially.

Notably, a lot of MLM businesses demand that distributors purchase their inventory to sell. In order to use the company’s marketing and access its website, participants might also need to pay a monthly fee.

MLMs depend on new people joining the organization on a constant basis so that those at higher levels can profit from the sales of those who have been a part of the organization for a shorter period. It’s possible that joining will require a fee. You may be required to bring a certain number of people to the company who will make up your downline and have sales targets that you’ll be pushed to meet.

Since there are so many MLM businesses operating in the United States, it can be challenging to determine whether a hot new product or a job offer from a friend is an MLM. You may have experienced a circumstance where a casual conversation with a friend turned into a solicitation to join their multilevel marketing group. You become a member of someone’s “downline” when you accept an invitation to join a team from a friend or acquaintance. This places you lower on the organizational ladder and in a position where those above you benefit financially from your sales. The individuals you recruit eventually become members of your downline. Here are some characteristics that most MLMs share:

You can only purchase a product from a distributor: MLM businesses typically only sell their goods through distributors; they do not sell them in physical stores.

Someone only advertises goods from one manufacturer: Influencers promoting products online are abundant. You might therefore find it challenging to identify which products are MLMs. If a social media influencer you follow or a friend on Facebook only promotes goods made by one business, they may be an MLM distributor.

You are approached by a recruiter who makes promises that seem unreal: A job opportunity might promise to make a lot of money, but the company’s business model is unclear.

To join, you must pay: It would be difficult to find a real job opportunity where you have to pay to apply. A business is probably an MLM if you have to pay a membership fee or purchase a product in advance.

You are required to find new members: One of the main characteristics of MLM businesses is that distributors are urged to add people to their downline in addition to selling a product in order to increase their income. This company’s business model suggests that it is either an MLM or a pyramid scheme.

Important: Women outnumber male distributors in the MLM sector by almost three to one.

MLM businesses are not new. One of the most well-known MLM businesses, Amway, was at the center of an FTC ruling that helped distinguish between legal MLM businesses and illegal pyramid schemes. Amway has been in business since 1959. Since then, MLMs have become more and more common as companies like doTerra, LuLaRoe, and Scentsy enter the public eye. According to data from the Direct Selling Association, approximately 7.7 million Americans generated $40.1 billion in direct sales in 2020, up from $28.6 billion in 2010. (DSA).

Few MLM members ever actually make money, despite frequent promises of high earnings. An AARP study found that nearly seven out of ten distributors break even or lose money, 25% make a profit, 27% make no money at all, and a startling 47% lose money.

Advice: If you’re unsure whether to join an MLM, think about opening your own company. Having a successful business and “being your boss” are common promises made by MLM recruiters. Joining an MLM entails employment with another party.

Even though the majority of people cannot profit from direct sales, many people continue to sign up because of the possibility of financial freedom. And undoubtedly, some work for MLM firms and earn a living. Here are some considerations to make before signing up:

Make sure you are familiar with the brand and the product: You might be dealing with an MLM that is an illegal pyramid scheme if you don’t understand the business model or if the product isn’t the main focus of the enterprise.

Inquire upfront about the financials: Find out if there are any upfront costs. Make sure the company accepts refunds for unsold goods if it requires you to purchase products in order to sell them.

Learn about marketing and sales: When you sign up for an MLM as a distributor, you are a salesperson. Your ability to market the product will determine your level of success. If you are new to selling, learn the basics of business and marketing.