What exactly is new and improved with the Fitbit Versa 2 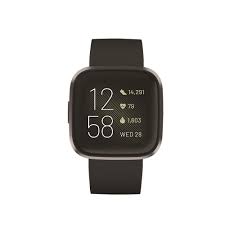 It has been a few months since Fitbit released any new devices, but all of that will change today. Fitbit has just announced their newest product. The business has made the Versa 2 officially available for purchase. It has a display that is of higher quality, a longer battery life, a more powerful processor, and a number of other additional features, such as support for Amazon Alexa.

The display has roughly the same shape as before, but it is now AMOLED rather than LCD, meaning the resolution is significantly higher than it was before. Additionally, it is always on, but when it is not being used, it will just display a few important pieces of information in black and white. Unfortunately, selecting the option to have the screen remain illuminated at all times reduces its usability as a touch-screen. Additionally, the battery life will be cut in half.

The casing of the Versa 2 is made of aerospace-grade aluminum, and its bezels are now thinner. The back panel has also been modified, and the new version of the ‘PurePulse’ heart rate sensor is now housed in a bigger piece of black glass on the back of the device.

In addition to that, it has a relative SpO2 sensor, a Wi-Fi antenna that supports 802.11 b/g/n, a vibration motor, a 3-axis accelerometer, an optical heart rate monitor, an altimeter, an ambient light sensor, and a light sensor. Let’s keep our fingers crossed that the SpO2 sensor will eventually be implemented by Fitbit.

The fact that there is not yet an integrated GPS on board is a minor source of frustration. Although we are unaware of the specifics, the CPU has been improved. Nonetheless, Fitbit does not make these details public.

The Versa 2 comes equipped with extensive activity capabilities (including over 15 different exercise modes). Tracking your sleep has been improved, and now includes a “Sleep Score,” which provides a single number that indicates how well you slept. Additionally, it is water-resistant up to 50 meters, has storage for more than 300 songs, and is compatible with Fitbit Pay.

The battery life is around 5 days, which indicates that you have an additional day. Not bad, taking into account the increase in capabilities.

Additionally, it has been disclosed that the smartwatch is compatible with Alexa. This reveals that the Fitbit Versa 2 will be the first Fitbit product to include a microphone. You are able to query the watch for local weather data, and it will also provide you with control over your smart home as well as other features. The corporation is keeping their fingers crossed that this will be a strong selling point. There is some room for doubt.

At long last, the wristwatch is compatible with the music streaming services Spotify, Pandora, and Deezer. This provides access to a music library including millions of tracks.

This San Francisco company has already brought a number of new products to market this year. This covers the Fitbit Ace 2, the Fitbit Inspire HR, the Fitbit Inspire, and the Fitbit Versa Lite Edition. The new additions serve to strengthen the company’s wearables lineup, but, much like the Versa 2 itself, they do not bring anything groundbreaking to the table.

We are getting close to IFA 2019, and we were wondering if Fitbit would introduce any new hardware at this year’s event. They have made a habit of attending Europe’s tech events over the past few years, and they always bring something new to display there. Now we know.

The product will be available for purchase on September 15, but you can pre-order it now through Fitbit for the price of $200. In addition to that, there is a special edition that can be purchased for a price of $230. The most notable distinction here is that you will receive an additional band that has a woven pattern in addition to a trial membership to Fitbit Premium for three months. The tracker is also available for purchase on Amazon.com.