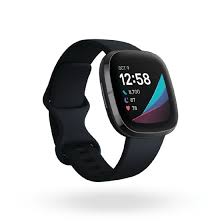 The Field of Technology

The Closing of Factories will Result in a Lag in Production

How will this Affect Things in the Longer Term

Everyone is discussing it right now. Its impacts are already being felt, and they will continue to leave a mark for the next six months to a year. Perhaps longer. Coronavirus has far-reaching effects that go well beyond the initial concerns regarding health, and they are having an impact on each and every one of us.

When something of this magnitude and scope spreads across such a large area in such a short amount of time, it begins to affect more than just our individual lives; it begins to eat away at our economy.

Since we are in this room to talk about smartwatches, let’s start by discussing the influence that COVID-19 is going to have on the market for smartwatches.

China has become a global leader in the production of cutting-edge technology, particularly in the field of smart technology and other gadgets. Since the COVID-19 pandemic began, there have been challenges in the technology business.

The SARS epidemic occurred just a few years shy of 20 years ago. However, many people still remember how widespread the disease was in China, where tens of thousands of people were affected, and it had a significant negative effect on the economy. In that year, 2003, the contribution that China made to the world economy was equivalent to four percent of GDP. The figure is now closer to 16 percent today.

Because of China’s ability to manufacture goods quickly and at a low cost, the rest of the world has come to rely largely on China. This affects a wide range of businesses, from the seafood industry to the diamond industry—more goods than you would have ever imagined being available.

This should give you some indication of China’s significance to the world at large. Since the World Health Organization (WHO) announced that the Coronavirus outbreak had begun in January of this year, businesses worldwide that are heavily dependent on imports from China have been facing significant difficulties and setbacks.

The Field of Technology

In the field of information technology, it has been hypothesized that the market for smartwatches will be affected the most severely. In comparison to the previous quarter’s 14.5 million imports, it is expected that 12 million units will be sent from China to the United States in the first three months of 2020. The sales of notebooks, gaming consoles, smartphones, and televisions are also significantly falling, and the sales of smartwatches are also falling dramatically.

The largest disruption will occur in the American technology market. It is (was) extremely reliant on the manufacturing sector in China. China has been an important source of goods for the United States until today.

Do you remember the relatively recent blacklisting of Huawei in the United States as part of the ongoing trade war with China? This marked the beginning of hostilities between the two countries, which ultimately had a combined cost of $26 billion on the engaged businesses. Since the pandemic caused by the Coronavirus has been factored into the equation, the situation can only deteriorate further.

The simple but catastrophic effect that Coronavirus is having on IT companies is that doors are being forced to close. This includes retail stores and administrative offices in addition to production facilities. Trade is coming to a grinding halt as a result of restrictions on business travel inside and between countries. Because of restrictions on non-essential travel, consumers are unable to go shopping, and online companies are having trouble efficiently shipping customers’ orders. Amazon, the largest online retailer in the world, is having trouble keeping up with this problem and finding a solution. This provides a gloomy outlook for the future of more modestly sized smartwatch manufacturers.

The Closing of Factories will Result in a Lag in Production

It has been established that a significant portion of the world’s smartwatch manufacturers sources their products from China. At the same time, as it is an epicenter for technology suppliers, Wuhan is also the center of the virus.

It has been established that China has been providing the rest of the globe with misleading information during every stage of this pandemic. Despite this, we are not seeing any substantial success when it comes to slowing down the virus. In general, we are still deep in the woods rather than making progress toward emerging from them.

The supply chain will inevitably be affected in a negative way as a result of this. This has resulted in interruptions to transport, which can be attributed to Wuhan going into lockdown. Because workers are unable to reach their factories, those factories are unable to operate. The downfall of Chinese technological behemoths will occur in this manner. If you look at the stock values of any of the smartwatch brands that have their origins in China, you will discover that they are currently collapsing.

The Apple Watch Series 6 is anticipated to be released by Apple in the month of September of this year. Since the introduction of the iPhone 12 was supposed to take place in March but was pushed back, we will have to wait and watch what happens in the fourth quarter with regard to the launch of the Watch. Companies are anticipated to have backup plans for production in place to make up for missed deadlines, but no one appears to have a solution to this problem. It is imperative that everyone else in the world maintains their composure.

China’s largest and most successful technology company is Huawei. Because of the Coronavirus’s impact on the manufacturing processes, as well as wider worries surrounding getting people back to work, it has forecasted a 15 percent decline in production.

The production of essential components for smartwatches takes place in Wuhan to a significant extent at this location. In the event that there is a disruption in the supply of these components, it will result in a loss in the ability to satisfy the demand from customers.

As a direct result of COVID-19, the number of electronic components shipped from China to the United States has decreased by more than fifty percent.

How will this Affect Things in the Longer Term

We are about to enter the second quarter of the fiscal year, which is an important time for businesses in many sectors, including the technology sector. After putting their focus in the first quarter on research and development, product design, and testing, the world’s largest technology companies have set their sights on introducing brand-new items during this particular time frame.

We may anticipate seeing this 50 percent decline in exports everywhere, not just in the US, as China is the primary supplier of components used in manufacturing smartwatches and other forms of wearable technology by many international firms.

Many companies are exploring the possibility of obtaining their supplies from nations other than their traditional ones. If these other countries are able to satisfy the enormous demand, their markets are likely to grow as a result of this development. It is far too early, according to industry analysts, to be able to correctly anticipate how the pandemic caused by the Coronavirus would affect the smartwatch sector; nonetheless, we can say with absolute certainty that the repercussions will be felt all over the world.

In a nutshell, the answer is unquestionable yes.

People are being laid off from their jobs. Because businesses are struggling to stay afloat, some workers are having their annual salaries reduced. The amount of money that people have available for discretionary spending is decreasing, and smartwatches are not a necessary purchase.

During times of lockdown, a minority of people will be concerned about maintaining their standard of living and monitoring their health. Fitness trackers that measure calories and steps will undoubtedly experience some growth in sales, but it is quite unlikely that this growth will be sufficient to sustain the overall business.

During this period of unpredictability, all we can do is keep ourselves safe, take a back seat, and wait for things to play out.