What is KMSpico, its Functions and Characteristics, and Main Risks 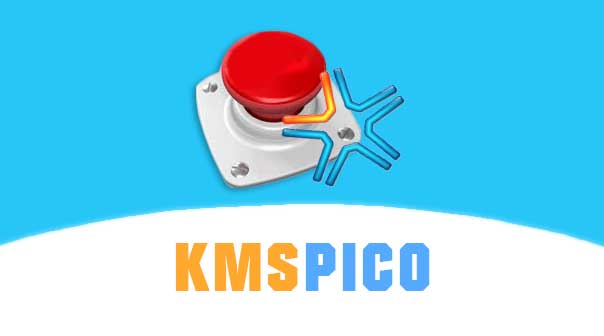 How does KMSpico work?

How to install KMSpico with Windows Defender?

The main risks when installing KMSpico

What experts say about this activator

How to uninstall KMSpico

Scan for malicious processes and remove them from your system.

Should I use KMSpico?

We all know Windows, since it is the operating system on which most of the manuals on our website are based.

However, we often have problems activating licenses and other features because we have lost or repaired our computer.

We will tell you what KMSpico is and if it is completely safe to activate Windows and Microsoft Office with it.

As always, you’ll find more information about all kinds of software that can make your life easier in our technology guides.

KMSpico is an activator for the Windows operating system and the Microsoft Office suite. It allows you to use Windows and Office for free without the need to purchase a license.

The famous KMSpico activator has long been one of the most downloaded applications by millions of people who need to register two of the most used Microsoft products (Windows and Office). However, you may wonder if this is not dangerous. In this case, the answer is obvious and, for the most part, it is.

KMSpico can be a dangerous file because it can contain a virus. In this case, it can infect your computer and you should remove it as soon as you download it. Not all antivirus programs detect it, although it is one of many threats to Windows, Office, and other non-Microsoft tools.

How does KMSpico work?

Now that we know what KMSpico is, let’s see how it does its job. As we have already seen, KMSpico works as an activator for Office and Windows , so its installation is quite simple:

We download a ZIP or .exe file and install it in seconds. High demand has even led to modified versions with new viruses and Trojans.

Antivirus programs usually detect them, so it is dangerous to download one of the variants available on the Internet. KMSpico is considered to be one of many available activators for Microsoft software, but all of them carry potential dangers once downloaded and installed.

How to install KMSpico with Windows Defender?

It is very likely that the message “KMSPICO could not complete the process because the file contains a virus” will appear during the installation. Therefore, we recommend that you do not download any version of KMSpico as it may have a negative impact on the performance of Windows or Office.

If you use an antivirus program like Windows Defender (enabled by default on Windows laptops), you should completely remove or quarantine the downloaded file on your computer.

Most free antivirus usually remove it . The same goes for paid antiviruses, since they detect a large number of old and current viruses. If you want to install KMSpico despite the warnings, you must stop your antivirus software from being activated during installation or download.

The main risks when installing KMSpico

KMSpico cannot be considered legitimate. This small application is not approved by Microsoft and is considered a malicious tool. Upon opening it, it will ask you to disable antivirus and other applications if they are enabled.

Once deactivated, your computer is no longer protected against the virus contained in KMSpico, but it is not the only one, even if you browse the Internet. In addition to a virus, it can also contain malware , which means that if you have not run any of these programs, you can get infected, and this option also contains a Trojan horse.

Experts say that the program is detected by antivirus software as a hacking tool with the following names: W32/Generik.GKMQDON!tr and Trojan.Win32.Chapak.ffkokb. Users reported problems with proxy settings after installing KMSpico.

What experts say about this activator

This application is praised on many forums for its ability to fully activate software, be it Windows or the entire Office suite. A minority of users report various errors after installation , but it must be said that other similar tools have appeared over time.

Computer experts state that it is not safe to download and install the software. Therefore, they recommend uninstalling the program after downloading it from one of the sites that host it. Some so-called experts claim that it is useful and safe , but in this case only a small minority say so.

The program violates all Microsoft recommendations and even the makers of KMSpico do not guarantee that the application is safe. Several years ago this tool was used for Domino ransomware, which at the time (2016/2017) was quite strong.

Cybercriminals take advantage of this because KMSpico also hides adware on the user’s computer , which displays intrusive advertisements on the computer and redirects the user to malicious websites. In this case, adware is less dangerous than viruses or Trojans, but its removal can be very annoying.

For this reason, there are well-known malware removal programs that perform a full scan of your computer and remove everything they find, including the installed KMSpico. Once the application is removed, everything is back to normal and the browser is free from adware and malicious websites.

KMSpico currently supports two operating systems, Windows 7 and Windows 10 . The former has been on the market for some time, while the latter has had to adapt to the latest version released by Microsoft.

As for the software, KMSpico works exclusively with Office 2016, a version that, although it is not the latest generation, is one of the most stable and important of the famous Microsoft Office suite. Once installed, the operating system is sometimes forced to shut down, which in many cases causes it to perform quite poorly.

The application promises to activate the operating system without user intervention, in which case it only requires one click to install. KMSpico is configured to perform malicious actions on the computer a certain time after its installation.

Once installed, it collects information, installs malware and disturbs the system for months. Please note that antivirus and other tools must be disabled to install it.

This is the latest tool released by the team behind this app. It promises to activate the system , overcome restrictions and allow you to use Windows 10 for years without restrictions. Security experts do not recommend downloading and installing this program, as a large part of the information stored on the computer could be lost.

If you use KMSpico, you can be fined and even break some laws . Therefore, you can be held responsible if Microsoft investigates computers that have this malicious application installed. KMSPico Windows 10 is blocked by Windows Defender, Microsoft’s real-time solution.

To install it, you need to remove Windows Defender protection . Therefore, after running KMSpico on your computer, it will be exposed to many threats. Also, Microsoft is not responsible for what happens if you use an application that makes Windows insecure in the short or long term.

This app promises a full version of Office 2016, but detects malicious files from the Microsoft Office folder when launched. Processes running in the background interfere with normal Windows operation and make the software itself insecure.

In this case, it is best to uninstall KMSpico and Office 2016 in order to use the applications with a legitimate license. You can also use OpenOffice or other available Office programs. Once removed from your computer, it is best to run a full scan with whatever antivirus software you are using and use at least one malware removal application.

How to uninstall KMSpico

One possible solution is to remove KMSpico from your computer . It is recommended that you do this if you notice that it is affecting your computer’s performance at any time. KMSpico, if it has a virus, can be removed without any software. So follow the removal instructions step by step:

Scan for malicious processes and remove them from your system.

After uninstalling KMSpico, there are usually some processes that should go away. Therefore, it is best to use the following methods to completely remove them from your computer:

Antivirus and malware remove KMSpico. Therefore, it will take some time to completely remove it from your computer. It is recommended to use software with the original license so that everything works correctly, whether it is Windows, Office or other applications on the market.

KMSpico is not recommended, nor are other Windows and Office activators, and the same goes for other programs you use on a daily basis. The number of Windows licenses has decreased considerably in the last year, especially with the release of the tenth version of the software from the Redmond company.

Should I use KMSpico?

This is a decision you must make for yourself. We list here the reasons why KMSpico can be useful. This tool certainly violates the terms of Microsoft Office , as well as the intellectual property rights of the sale of keys.

This is especially true when you consider the price of some keys on reputable sites like eBay. It is much more interesting to choose a legitimate alternative, just look at the portals that sell digital keys.