What Is Veganism? - Definition, Diet, Vegan Food, FAQs and More 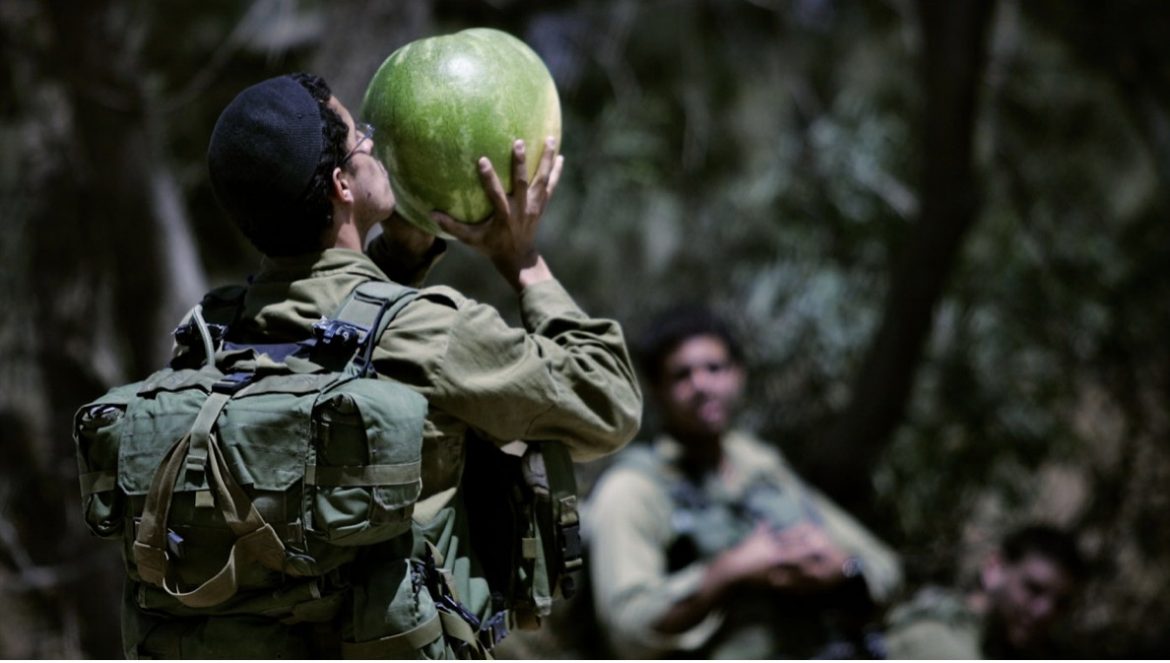 What Does It Mean To Be Vegan?

Differences Between Veganism And Vegetarianism

Love For The Animals

What Is It To Be Vegan?

What Are The Advantages Of Being Vegan?

What Is The Difference Between Vegan And Vegetarian?

What Is Better Vegan Or Vegetarian?

How Does Veganism Arise?

What Does A Vegan Eat In A Week?

Are you wondering what veganism is and what are the reasons why people adopt this lifestyle? In this article we will tell you what it means to live embracing the vegan philosophy.

According to The Vegan Society , veganism is:

“A philosophy and way of life that seeks to exclude, as far as possible and practicable, all forms of exploitation and cruelty towards animals, including their use for food, clothing, or any other purpose.”

The Vegan Society, founded in 1944, was the first organization dedicated to spreading this lifestyle and the creators of the current definition of veganism.

However, before the creation of The Vegan Society, many people ate a plant-based diet and rejected the sacrifice of animals for their food. Even many great celebrities in history were vegetarians (find out who in this article ).

What prompted Donald Watson, founder of the society, and his group of colleagues to coin the term “veganism”, was the need to differentiate themselves from those who followed an ovolactovegetarian diet.

That same year, veganism becomes an ethical, political and social movement that defends the rights of all animals. Let’s go deeper!

What Does It Mean To Be Vegan?

In turn, the same philosophy is applicable in other areas: fashion, beauty and cosmetics, home and leisure and entertainment.

The transition to veganism often begins for one of three reasons:

Many vegans will tell you that their veganism began for one of these reasons, and over time, it has expanded to encompass all or most of these areas.

In short: what is it to be vegan? Love animals, the planet and one’s own body. 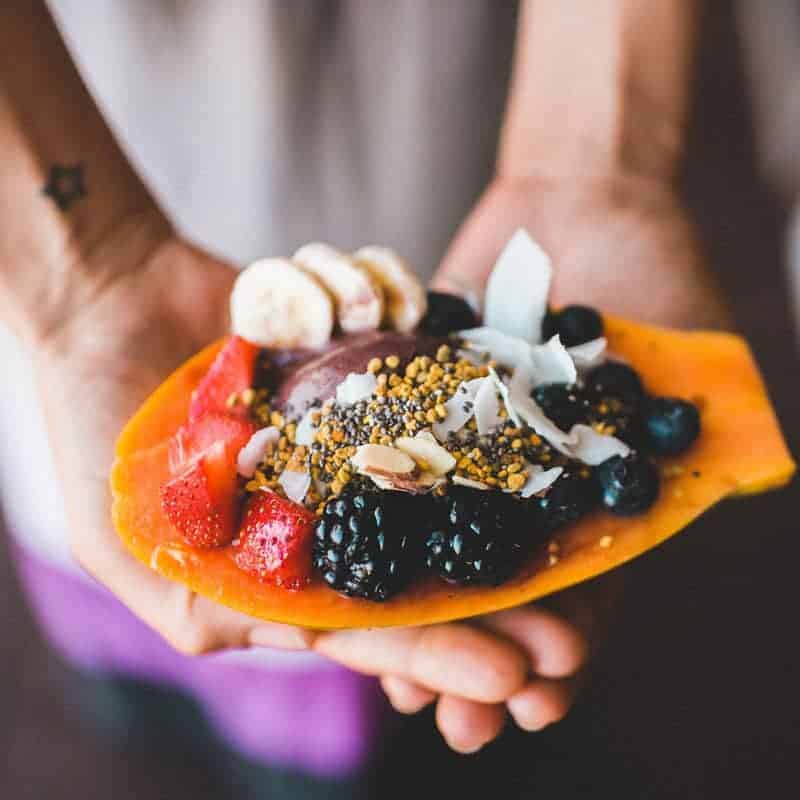 There is increasing evidence that a plant -based diet provides numerous health benefits. It can sometimes prevent and even reverse some of today’s most common diseases .

According to Harvard scientists, at least a third of premature deaths can be prevented by adopting a vegetarian diet . They suggest that around 200,000 lives could have been saved if people had eliminated meat from their diet.

Another study , conducted by the European Association for the Study of Obesity, indicated that adhering to a vegan diet reduces the risk of obesity. People who consumed the most plant products were shown to have a lower body mass index.

Is a plant-based diet suitable even for athletes ? Of course! In this article you can read about numerous vegan athletes making history, and how their diet has benefited their performance.

Our motto is: everything can be veganized. That is to say: any dish can have its version based on plants and without animal suffering . Vegan food is super colorful, varied and delicious.

Of course, to know what a vegan person should eat, you should consult a nutritionist doctor specialized in plant-based nutrition.

But, in addition, there is a lot of information that helps us understand what we need to eat to be healthy. There is a spectacular, visual and simple guide that helps us optimize our diet: the balanced vegan plate .

The balanced vegan plate is divided into 5 unequal portions. Are:

In this way, you can ensure that you prepare balanced, delicious and cruelty-free dishes. If you want to know the exact portions of the vegan dish, check out this article.

Differences Between Veganism And Vegetarianism

This is a very common doubt when you start looking out the window of this philosophy of life. Vegetarian people also do not consume animals (meat, chicken, fish or shellfish) but they do consume derivatives of animal origin such as eggs, milk, dairy products and honey. In this article we explain the difference between ovolactovegetarian, lactovegetarian, vegetarian and vegan.

It is very usual that the transition to veganism begins with vegetarianism. Without a doubt, a vegetarian diet is super healthy and helps the planet , but it does not cover all aspects of life that veganism does . You can always go one step further for the animals!

Love For The Animals 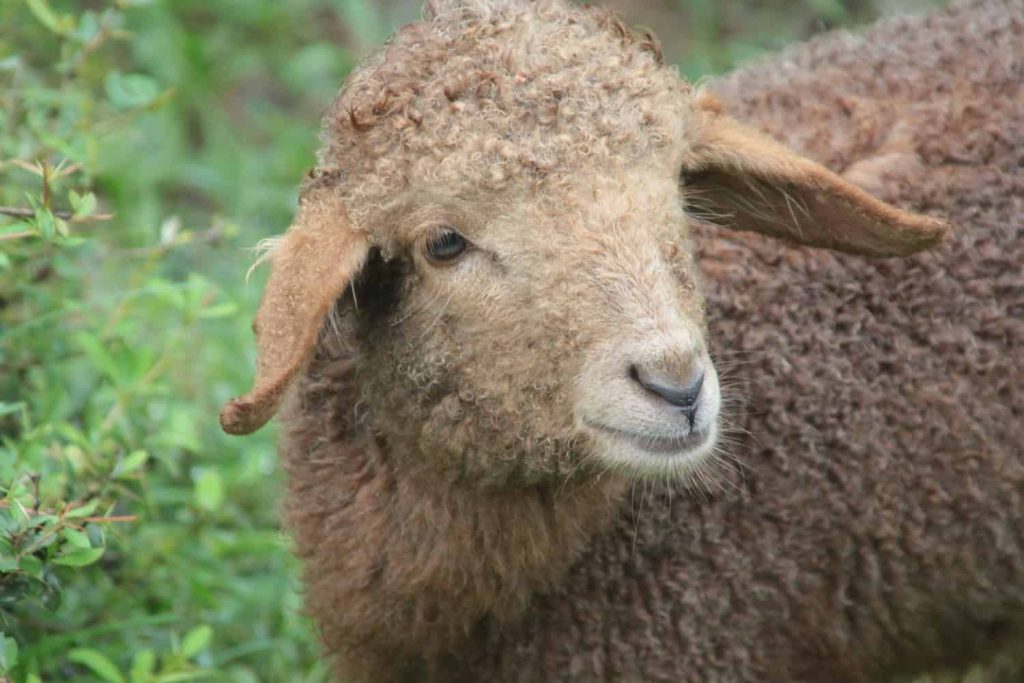 Compassion is a key reason for choosing this lifestyle. Many vegan@s decide to stop being part of animal abuse .

Documentaries such as Earthlings , Dominion , 73 Cows , Eating Animals , among many others, have shed light on the practices of the cattle industry and the devastating conditions in which these animals live . If you want to delve deeper into the world of information, check out this definitive guide to vegan documentaries.

Today there is an increasing awareness that the animals we consider food are sentient creatures that love life and want to live it.

In this study , 89.7 % of people cited animals as the main reason they decided to embrace veganism.

To better understand why we consume animal products , watch this video from Melanie Joy, one of the most iconic figures within the movement, who has spent more than two decades studying carnism .

Very comprehensive studies in recent years have indicated that a transition to a plant - centered diet is necessary for our survival as a planet .

According to this study in The Journal of Nature, veganism can literally save the world . The study assessed the global impact of animal food production on the environment. It was concluded that it is imperative to increase the consumption of vegetable products to save the planet.

In addition, without changes to current livestock farming practices, it will not be possible to feed the world’s population for decades to come.

The current livestock system generates great threats to the environment, due to the emission of greenhouse gases, deforestation for the cultivation of crops to feed livestock, excessive use of water, and dead zones in the oceans.

This table shows the emission of greenhouse gases from different foods, of animal and vegetable origin. 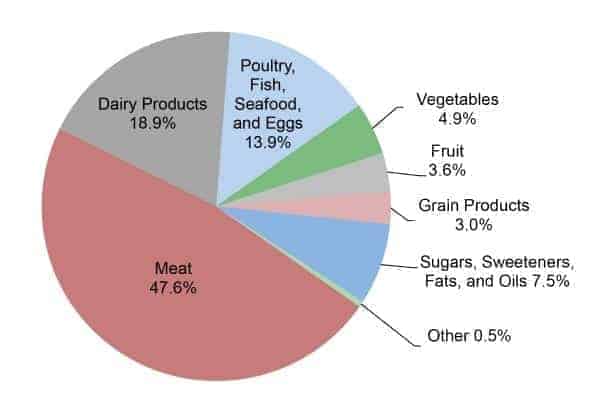 It’s pretty clear, isn’t it? The famous documentary Cowspiracy , available on Netflix, a film of which Leonardo DiCaprio is the executive producer, points to this same conclusion. So many people made the decision to convert to veganism after watching this documentary. Check out the trailer!

What Is It To Be Vegan?

Being vegan or vegan is applying a philosophy of life that implies rejecting all kinds of animal exploitation.

What Are The Advantages Of Being Vegan?

What Is The Difference Between Vegan And Vegetarian?

The main difference is that vegetarians consume derivatives of animal origin such as eggs, milk, dairy products and honey. In contrast, vegans do not include any type of food of animal origin in their diet.

What Is Better Vegan Or Vegetarian?

Being vegan implies defending the life of animals 100%, further reducing the ecological footprint  and obtaining the benefits of a dairy-free diet.

We could say that being vegan is the best. However, we know that each person has unique and personal processes. Vegetarianism has many advantages and can certainly be part of the path to veganism.

There is a phrase that says: veganism is not an end or a place to which you arrive, but an eternal path. That’s what we believe!

How Does Veganism Arise?

Veganism officially emerged in Great Britain in 1944. Donald Watson was the inventor of the word vegan and the founder of the first organization dedicated to this philosophy of life, called The Vegan Society.

What Does A Vegan Eat In A Week?

Eating a balanced vegan diet is very simple, but it requires planning and certain knowledge. In a week, a vegan eats: fruits and vegetables, legumes and cereals, seeds, nuts, grains, oils and vegetable drinks.

The maxim of plant-based food is that everything can be veganized. For this reason, there are plant-based cheeses, yogurts, ice creams, hamburgers, hot dogs, nuggets and a huge etcetera. All vegan and without animal suffering.

The answer to what veganism is can be overwhelming. Our conclusion is that there are many pathways that can lead us to embrace veganism. All unique and all valid. So if you identify yourself as an advocate for animals, the environment, or your own health , the vegan lifestyle might be for you.

Welcome! We love that you join this wave of love.