What's new and different between the Garmin Forerunner 235 and 245 and 245 Music? 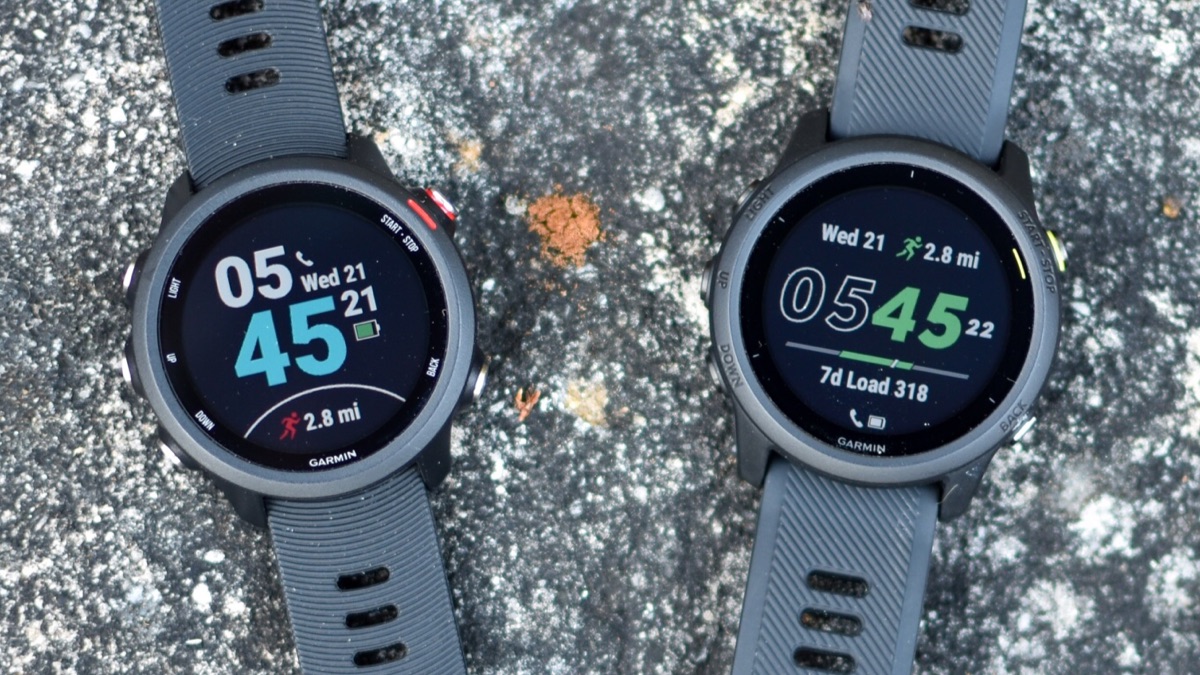 A number of new Forerunner products have recently been added by Garmin. One of them is the 245/245 Music, an upgraded model of the Forerunner 235 runner watch that is the company’s best-selling product.

The 235 is still doing well even though it was launched back in late 2015. A sure sign of its construction and caliber. But in the realm of wearable technology, three and a half years is a long time. It makes sense that the 245 has so many features.

But you could be unsure of what is specifically new and different. Fear not; we’re here to assist you so you can determine whether the 245 is a good fit for you.

For the purposes of this comparison, we shall discuss the music version. The inclusion of built-in music storage is the only distinction between this and the standard 245 variant, as suggested by the name.

Although the two seem pretty similar, the 245 fits in better with the rest of the Forerunner series. In fact, it strongly resembles a combination of the Forerunner 645 and 945. You can essentially create the 245 by swapping out the metal bezel on the 645 for a polymer black one.

Once more, there are five buttons on the watch, each with a marking (start/stop, back, down, up, and last) etched on the glass. There is now a lovely coloured line surrounding the start/stop button.

The 245 has a color display with a diameter of 1.2?? (30.4 mm), sunlight legibility, and a resolution of 240 x 240 pixels.In comparison to the 1.23-inch (31.1 mm) in diameter, 215 x 180 pixel screen of its predecessor, this results in a somewhat smaller but higher quality screen. Additionally, the display is more durable because it uses Corning Gorilla Glass 3 protection rather than glass that has been chemically toughened.

Under the hood, there are a few significant distinctions to be aware of. The 245 contains a compass, a pulse oximeter to test blood oxygen levels, the new ELEVATE heart rate module, enhanced GPS tracking thanks to support for the Galileo satellite system, and full color maps to aid with navigating in uncharted areas. It’s interesting to note that neither the 235 nor the 245 have a barometric altimeter for measuring floors.

As previously indicated, the 245 Music version also includes built-in music storage and playback controls. Up to 500 songs can be stored on this device.

Although only the 245 tracks are swimming, both watches have exceptional 5 ATM water resistance. The lack of an improvement in battery life is bad news. In actuality, the 245 will run for 7 days in regular mode before requiring a charge, which is 2 days less than its predecessor. However, GPS mode has greatly improved. With GPS turned on, the watch has a battery life of up to 24 hours, a significant increase from the 235’s 11 hours.

Although it also functions as a daily fitness tracker, the 245 is primarily designed for recreational and semi-serious runners. Its study of performance takes into account VO2 max, the impacts of aerobic and anaerobic exercise, the new Body Battery feature, recuperation time, and training status. You can choose from 5K, 10K, and half-marathon schedules on Garmin Coach if you require a training buddy.

The 245 can also link to other sensors like heart-rate chest straps and running dynamics pods to collect even more data. It is now a much more potent running watch as a result of all these upgrades.

Incident detection is a fascinating addition to the 245 system. When an event is identified, the app will pair with your smartphone to automatically send your name, your GPS location, and a text message and email to your emergency contacts.

A music comparison between the Garmin Forerunner 235 and 245

The go-to watch for runners has traditionally been the Forerunner 235. Its suitable successor is the 245

A pulse oximeter, a new heart rate module, a compass, support for Galileo satellites, and full color maps that aid in navigation in uncharted territory are all included in the new gadget, in addition to all that was enjoyed about its predecessor. Additionally, there is built-in music storage with the Music version.

Additionally, you receive a lot more performance statistics. Body Battery, Stress Tracking, Status, Load, and Training Effect, to name a few.Not to mention all the other sports profiles.

It’s a no-brainer to get the 245 if you’re looking for a new running watch. If you factor in all the extra features, the price difference is insignificant. If you’ve had the 235 for a while, we also can’t help but advise upgrading.

On the Garmin website, you may order the 245 and 245 Music. The cost of the ordinary version is $299.99, while the music version is $349.99. Both come in a variety of hues, including white, black, aqua, slate grey, and berry. Additionally, Amazon has the timepieces for sale (check price).