What's the difference between the Amazfit Bip S, the Bip, and the Bip Lite? 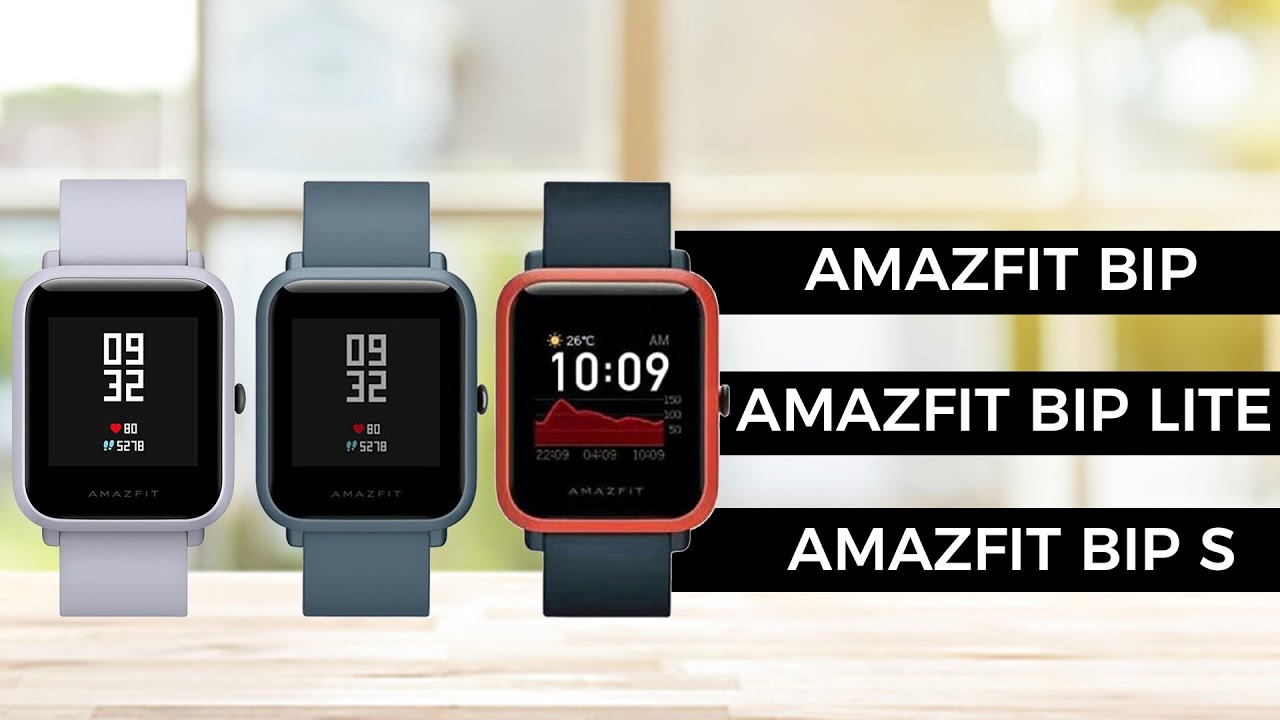 A design and hardware comparison of the Amazfit Bip S, Bip, and Bip Lite

Activity monitoring and intelligent features of the Amazfit Bip S, the Bip, and the Bip Lite

In conclusion, the Amazfit Bip S, the Bip, and the Bip Lite

Earlier today, at CES 2020, Amazfit announced the upcoming release of the second generation of their famous Bip wristwatch. The revision was certain to happen at some point, considering that the initial version is now more than two years old. During the course of our examination, we discovered that Bip offered exceptional value for the money and that its lightweight design was really appealing.

Some people, including ourselves, held the misconception that the Amazfit GTS was the successor in all respects save for the name. It was made available throughout the summer and has comparable technical specifications but a slightly different design. Despite this, Huami has made the decision to keep producing the Bip range. The new watch is being marketed under the name Bip S, and it takes after its predecessor in terms of its appearance.

This is what’s new and different, so have a look.

A design and hardware comparison of the Amazfit Bip S, Bip, and Bip Lite

You’ll immediately recognize Bip S as the new leader of the team. It maintains the same square shape and lightweight construction that has a faint resemblance to that of the Apple Watch. If you look closer, though, you will see that the Bips each have their own unique characteristics.

To begin with, the new watch is slightly larger and thicker than the Bip and Bip Lite models, measuring 42 x 35.3 x 11.4 millimeters as opposed to 39.4 x 34.1 x 9.5 mm, respectively. Unfortunately, this mass is housed in the bezel on the side of the timepiece because the resolution of the 1.28-inch screen has been maintained at 176 x 176 pixels.

An always-on Transflective Color TFT with a 64 RGB color range has been implemented as the new type of display. The screens of the other two have a reflective color display that is simpler. The first method functions better in surroundings that are brightly lit and sunny. You can now turn off your watch’s backlight even when there isn’t much natural light around, and the display will still be legible.Both the single physical button located on the right and the touch display are used for navigation purposes.

There is not much of a difference between the many versions in terms of the amount of weight they carry. Huami has succeeded in reducing the weight of the Bip S by one gram, making it even lighter.

The most recent iteration also features an enhancement in its ability to resist water. In contrast to the preceding models, which are only water-resistant to a depth of one meter (IP68), the Bip S is rated to withstand water pressure equivalent to five atmospheres (down to depths of 50 meters).

Although they have an acceptable appearance, all three variations have a plastic-like texture to them. You have the ability to personalize the watch in a number of different ways thanks to the availability of a variety of straps and colors.

Given the device’s small size and lightweight, Huami has accomplished a remarkable achievement by stuffing a large number of useful features into its chassis. The 3-axis acceleration sensor and the 3-axis geomagnetic sensor are both included with both the Bip S and the Bip. The new device replaces the air pressure sensor with an improved BioTracker PPG Bio-Tracking Optical Sensor, but it does not come with one. The only sensors that the Bip Lite includes are an accelerometer and a PPG heart-rate sensor. It also does not have the GPS or GLONASS capabilities that its bigger brothers do.

One of the things that first comes to mind when we think about the Amazfit Bip is its exceptionally long battery life. The good news is that Huami has taken measures to guarantee that Bip S will perform just as effectively on this count. It can function normally for up to 40 days on a single charge (when used normally), and it can operate for 22 hours with the GPS function turned on. You probably won’t even notice the difference, but this is far shorter than the 45 days that its predecessors offered. If you put it in standby mode, it will continue to function normally for months.

The following is a comparison of the Amazfit Bip S, the Bip, and the Lite version in terms of their design as well as their hardware.

Activity monitoring and intelligent features of the Amazfit Bip S, the Bip, and the Bip Lite

These are smartwatches that also track activity and are known as activity trackers. With the exception of an altimeter that counts the number of floors ascended, all of the essentials are included (steps, calories, heart rate, etc.). For sleep, you’ll get info on deep sleep, light sleep, and awake time. In addition to this, you will receive an overall score that provides a quick snapshot of your sleep quality.

On the other hand, there are a few extras that should be mentioned that can be found on Bip S. The Bip only has four sports modes (walking, cycling, and indoor and outdoor running), while the Bip S has 10, and swimming is one of them. The Bip only has walking, cycling, and indoor and outdoor running. A variety of statistics, including track display, speed, heart rate, distance reminders, and more, are generated by the modes.

The heart rate sensor has also been upgraded to the most recent version of Huami’s BioTracker PPG Bio-Tracking Optical Sensor, which improves the accuracy of monitoring the user’s heart rate by 98 percent. The business has also implemented PAI, which is an indicator of daily activity generated from heart rate, and the watch will now notify users when they have an excessive heart rate.

Both iterations come equipped with GPS and GLONASS location, something that the Bip Lite model is missing. When cycling or running with this, you can be sure that the data is correct. According to Huami, the performance of the chip in the new watch is significantly improved in terms of satellite search speed, location accuracy, and power consumption.

The functionality of the two smart devices is very much identical. You will receive notifications, as well as control over your music and the weather. The watches are powered by a custom operating system developed by Huami, which is intuitive to operate and performs admirably.

In conclusion, the Amazfit Bip S, the Bip, and the Bip Lite

There is a good reason why the Amazfit BIP is such a popular watch. It is easy to use, and it performs quite well. The gadget is extremely reminiscent of the Pebble devices, which were well-known for their long battery lives and their straightforward designs.

If you are undecided about which edition to buy, we can make the decision-making process much simpler for you. When we looked at the features and specifications, we couldn’t think of a single reason why we shouldn’t buy the most recent version instead of the others when it becomes available in February.

It boasts an upgraded heart rate sensor, more sports modes, improved GPS and GLONASS, improved water resistance to 5 ATM, a more high-spec display, and many more features. In addition, the watch is more affordable than its predecessor, although we anticipate that this will soon change as we anticipate Bip to come out with a cheaper model.

If you already have a Bip and it is functioning properly, the upgrades are probably not going to be enough to encourage you to sell your watch and get a new one. If you are interested in learning more about the Bip, visit the Bip website. However, if you are looking for a fitness watch that is not only inexpensive but also easy to operate, the Bip S could be a good choice for you.