WhatsApp Plus: what has happened to the improved version 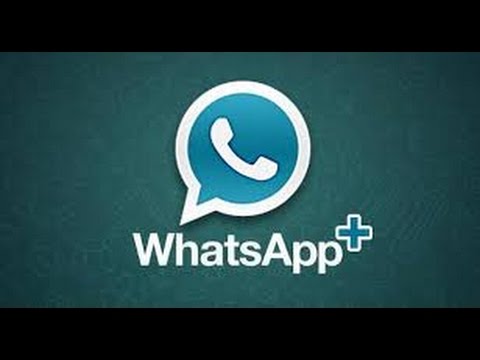 Let's start at the beginning: what is - or was - WhatsApp Plus

Back in 2014, WhatsApp Plus was one of the most famous applications and used by users of the leading messaging app globally. Thanks to it, it was possible to fully squeeze WhatsApp capabilities , and even enjoy features not available by default in the app . But that an independent group of developers was able to make WhatsApp an app even more complete than Facebook itself did not like the company, and ended up avoiding its use through blocking those accounts whose users had been caught using WhatsApp Plus.

Four years have passed since that time. What happened to WhatsApp Plus? Times have changed, and although Android continues to stand out above the rest of mobile platforms due to its capacity for customization, WhatsApp Plus is one of the few tools that has not managed to find its place , and during the last years the app has remained in secret.

Even so, a simple Google search makes it very clear that users’ interest in WhatsApp Plus continues to be as high as four years ago, or even more. Now, is it still possible to download WhatsApp Plus for Android? And if so, what are the advantages and dangers? We review it.

Let’s start at the beginning: what is - or was - WhatsApp Plus

It was the developer of Spanish origin Rafalense who, with the aim of making WhatsApp a better place, took the original app and began to modify it with additions, customization options and various functions that thousands of users did not take long to find utility, thus leaving side the official application to move to this alternative. That’s how WhatsApp Plus was born .

With the passage of time, functions such as the possibility of making complete backup copies of the app , modifying the quality of the multimedia content sent, and, above all, modifying the appearance of the app with personalized themes, continued to be added . It was this last function that created a huge community around WhatsApp Plus, since anyone could create their own themes to customize the most used messaging application on the planet, and share them with the rest.

But 2015 arrived, and then WhatsApp began blocking the accounts of those users who used WhatsApp Plus or any other alternative. Initially, suspensions were carried out temporarily, and users were left without access for 24 hours. Later, they began the bans permanent. And although the WhatsApp Plus developers tried to introduce tools with which to try to avoid the account blockade, the pressure on the part of the company and the fear of the users to lose their accounts, they ended up burying WhatsApp Plus , first with the march of Rafalense , and finally with the arrival of other alternatives. In January 2015, WhatsApp Plus announced the final closure.

His tour did not end there, however. Over the years, developers and users with bad intentions have taken advantage of the fame of WhatsApp Plus to try to supplant the famous app , and thus fool users in order to obtain sensitive data.

Anyway, today some of the features of WhatsApp Plus have been inherited by Plus Messenger, a Rafalense project that, like WhatsApp Plus at the time, is an alternative full of features and functions to Telegram, an application that, on the other hand , is much more benevolent with those independent developers who intend to improve the user experience.

After the “disappearance” - between quotes as there really were still APK files of the app on the network - WhatsApp Plus, other developers tried to emulate Rafalense’s steps by creating their own alternatives to the messaging app. Among them, only two came to stand out above the rest: OGWhatsApp and GBWhatsApp .

The first one had a rather short life, and was used mainly by those who needed to have two WhatsApp accounts on the same device . Support was also enabled for themes, a higher limit of characters in the states, and much more. Today, the developer, OGMods, focuses on the development of alternatives to applications such as YouTube or Instagram.

On the other hand, GBWhatsApp may be the app that has best maintained the essence of WhatsApp Plus , and today it can still be downloaded and used - always keeping in mind that WhatsApp could block the account of those who do - and the team in charge of its development it remains at the foot of the canyon, adding functionalities and trying to go unnoticed by the Facebook radar. All the features of the app, as well as the new versions of the app, are frequently published on the official Telegram channel of the application , which today has more than 5,500 members.

In the past, probably yes. Today, not so much. WhatsApp is no longer the extremely simple application that it was a few years ago, and although some of the latest built-in functions are not exactly what users have been asking for years - see the states or stickers -, the Facebook platform has almost everything Anyone might need to communicate with their loved ones, friends and family.

It is true that we find some advantages in the use of alternatives such as WhatsApp Plus , among them the infinite options for customization and modification of the app, or the new features that may never reach the original app. But we must also take into account the disadvantages , and that is that WhatsApp could block our account at any time, preventing us from using the application again with the phone number associated with our profile, as indicated in the official support center of WhatsApp.

Therefore, if you want to remain calm and do not mind using WhatsApp just as Facebook wants you to do, your best option is to download WhatsApp as do the millions of users who use the app every day. If, on the other hand, you are aware of the risks and dangers of using an unofficial alternative app, and you also miss the WhatsApp Plus era and all its features , GBWhatsApp is your only option ... while it lasts.