When a person is sick with a fever, their step counts drop and they experience sleepless nights 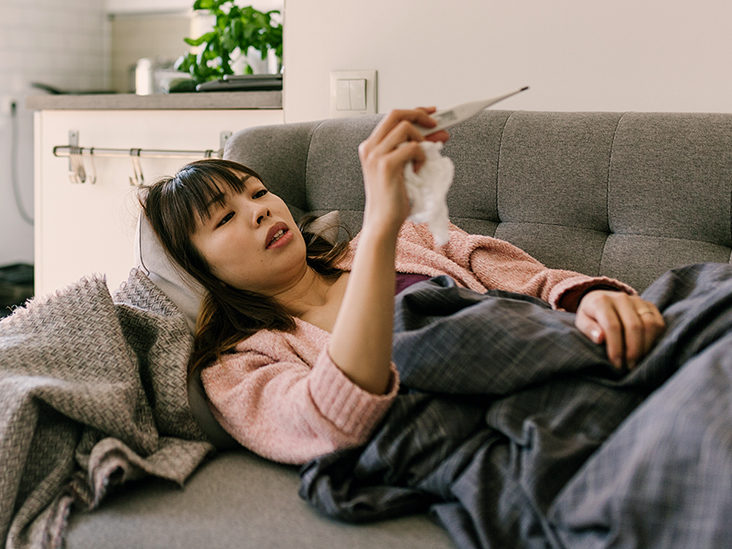 Withings, the company that pioneered wearable technology, has in the past revealed illuminating findings by mining the data obtained from customers who have used its gadgets. The French company was just acquired by Nokia, but the tradition will continue even after the acquisition.

The Thermo Smart Thermometer from Nokia is one of the company’s most notable offerings. It was the first product of its kind to receive clearance from the Food and Drug Administration in the United States. A temperature reading may be obtained with a quick, uncomplicated motion that does not require any physical contact. Additionally, automatic sync with the specialized app enables you to track your stats directly on your smartphone.

The company recently analyzed data collected from customers in the United States, Germany, France, and the United Kingdom who use their connected thermometers. In addition to monitoring their temperature, around 12,700 of these also monitored their activity levels, and another 4,700 monitored how long they slept. The study investigated how running a temperature affected the step counts and the amount of sleep that participants got.

It’s never fun when you are sick, but a high fever is your body’s way of attacking the virus or bacteria that’s causing it. The most beneficial action you can take is to get some rest and give your body and immune system time to heal. And the results support this interpretation perfectly. People who are sick with a fever have a substantially lower average step count than healthy people.

However, the numbers differ from country to country. The step count of people living in France has dropped by an astounding 89 percent, equating to only 489 steps per day.On the other end of the scale was the American population. When they had a fever, the number of steps they took on an average day was 1,341, which is 63 percent less than the number of steps they take when they are healthy.To add insult to injury, not only do people in the United States walk when they should be resting, but people in the United States also walk the least (among the four countries) even when they are in good health.

When it comes to bringing down a fever, getting enough sleep is also an essential component. We require a large quantity of it. But accomplishing that isn’t always simple.

According to research conducted by Nokia, having a fever raises the average number of times a person wakes up throughout the night from 3.2 to 4.8. This represents a roughly 50% increase.People in the United States wake up nearly six times a night when they have a fever, compared to only two and ninety-five times a night when they do not have a fever. This puts the United States ahead of other countries such as Germany (4.48), the United Kingdom (3.99), and France (3.95). (3.01).

This results in an increased amount of time spent awake during the course of the night. When an individual in the United States has a fever, they stay awake for more than twice as long during the night as they do when they do not have a fever. It is difficult to determine if this is because people in the United States have busier lifestyles than people in other nations or because people do not get enough rest during the day.

In any event, the facts inevitably point to a few distinct inferences. When you have a fever, it’s best to take it easy and rest as much as possible. Reduce the amount of walking you do, and make it a priority to get enough rest. You should also consider picking up a digital thermometer while you’re out and about. This is a lot more sanitary and convenient way to take and keep track of someone’s temperature than the traditional methods that have been used in the past.