What are the capabilities of an Apple Watch when it comes to Visual Function? 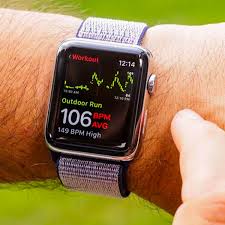 Is FaceTime Available on the Apple Watch?

Is Face Recognition Available on the Apple Watch?

What Role Does the Apple Watch Play When It Comes to Wearing Masks?

I'd like to use my Apple Watch as a baby monitor. Is that possible?

What are the steps I need to take to add a camera to the visual feature of my Apple Watch?

We can anticipate seeing a wide range of new technologies implemented into devices such as the Apple Watch as smartwatches continue to advance in terms of their level of intelligence. We already have stuff like technology that works on touchscreens and devices that track workouts. Everything from blood pressure monitors to smartphones with Touch ID built-in will be a reality in the future. However, one of the most important features that consumers can’t wait for is the visual functionality of the Apple Watch. In particular, a photographic camera.

In light of this, let’s examine the visual function that is now available on the Apple Watch. What do they have the ability to do and not do? The following answers cover the questions that are asked concerning the Apple Watch’s ability to see what is going on in its surroundings the most. We will cover everything.

Is FaceTime Available on the Apple Watch?

FaceTime, which allows for video calling, is one of the primary and exclusive features that are only available on iPads and iPhones. There is nothing quite like looking into the eyes of a friend or loved one when you carry on a conversation with them. However, is it possible to use FaceTime with an Apple Watch? The correct response is “both yes and no.”

A FaceTime video call cannot be initiated or conducted on an Apple Watch. Because it does not have a camera, it cannot take pictures or videos in the same manner that other Apple products can. However, this does not mean that you cannot use FaceTime Audio to make a call. You can continue to do so. Connecting to WiFi and utilizing FaceTime Audio to communicate with other Apple devices allows you to avoid using the data plan on your mobile phone for calls. You’ll need to use the Contacts app in order to accomplish this. You could also simply say, “Hey Siri, FaceTime (name),” and your Watch will make the call for you.

The most recent iteration of the Apple Watch, Series 7, will not include support for the video version of this. If this were to occur, it would make it possible for the Apple Watch’s visual functionality to have a broader range of applications. Despite this, millions of fans can’t help but keep their fingers crossed that it will show up in subsequent versions.

Is Face Recognition Available on the Apple Watch?

Face ID is not available on the Apple Watch because it does not have a camera. Despite the fact that the Apple Watch is capable of many amazing things, including the detection of incidents and the ability to check your pulse and make audio calls, it is unfortunate that Face ID is not available on the Apple Watch. We can only hope that future iterations of the Apple Watch will have this innovative piece of technology. However, the difficulty of squeezing so much into such limited space on your wrist presents a significant obstacle to overcome. Don’t get your hopes up too high. It is pretty doubtful that a camera feature will be added shortly.

What Role Does the Apple Watch Play When It Comes to Wearing Masks?

Facial recognition cannot be carried out on the Apple Watch because it lacks a camera. On the other hand, if you’re trying to unlock your phone but just part of your face is visible, having an Apple Watch can be a huge help.

You may wear a facemask to prevent the coronavirus particles from spreading to other people. Or perhaps you are skiing while wearing goggles to protect your eyes from the glare of the snow. It is recommended to put on sunglasses whenever you go to the beach. Or perhaps you are required to go to work wearing a mask. Even though the visual functionality of your Apple Watch is restricted, the device is still able to assist you in all of these scenarios.

To start using the phone again, you just to touch the display to activate it. You may unlock it by looking at it, pressing the Home button, or lifting it and looking at it due to the linked watch. It is essential to be aware that this functionality does not function to authenticate identities when using Apple Pay or to access passwords stored in Keychain.

I’d like to use my Apple Watch as a baby monitor. Is that possible?

It is very typical to feel the need to watch your child when they are sleeping. Mainly if you are in a different room or outside the building. You probably already knew this, but did you know that you can use your Apple Watch as a baby monitor? This functionality can be found in several programs, including Cloud Baby Monitor and iCam, amongst others.

You can build the video link using your own iPhone, positioning it such that it is close to the baby’s crib. Another option is to set up a camera compatible with 4G and has WiFi to send the signal.

Some apps merely give you the ability to monitor your baby’s activity, such as giving you alerts when they make noise or when they detect motion. Some of them can function as a walkie-talkie with two-way communication, allowing you to soothe your child from a distance by simply speaking to them. Other, more advanced apps allow you to broadcast the TV stream directly to your Apple Watch. This indicates that you can see them dozing off right there on your wrist where they are attached to you. In addition to this, you may switch on a night light or play some soothing lullabies from your iTunes library.

What are the steps I need to take to add a camera to the visual feature of my Apple Watch?

We’d all be thrilled if the Apple Watch’s visual functionality could expand to incorporate a camera, which would turn it into an authentic 007 gadget. However, Apple has simply chosen not to include it in the designs on multiple occasions. Attempting to cram so much technology into such a restricted space is not an easy task.

The good news is that you can install a camera onto an Apple Watch version 7 or earlier if you already own one. If you want a camera capability on your Apple Watch, you should check for the Wristcam strap when you are looking for Apple Watch accessories. This piece of hardware essentially adds two cameras, one for the front and one for the back, with resolutions of 2MP and 8MP, respectively. The 8-megapixel camera can shoot high-quality video in 1080p and produce 4K still photographs. You can even use this gadget to live broadcast or utilize a video-based form of walkie-talkie that you can do both of those things with.

It weighs only 23g and is designed to be lightweight so that your watch face may easily slide into place. There is a wide variety of color options available, despite the design being instead on the cumbersome side. There is also the option to synchronize the device with your iPhone, which will allow you to transfer any pictures shot straight via Bluetooth.