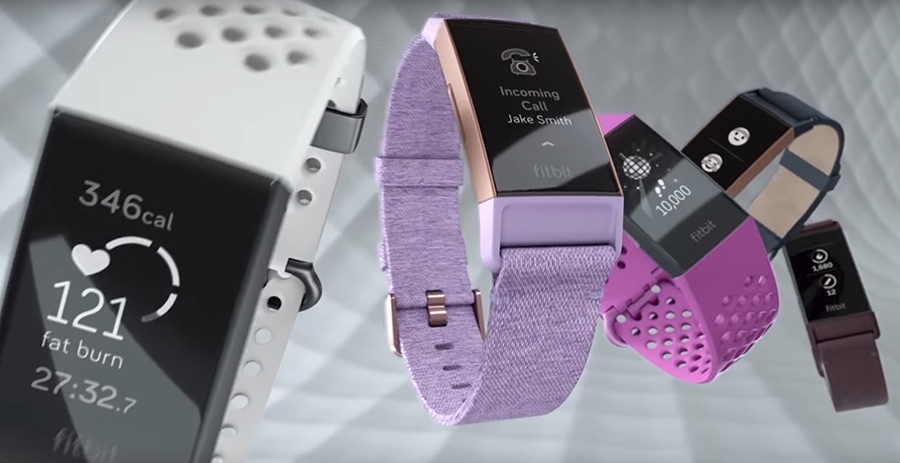 Which One is Better in Terms of Design and Construction, the Fitbit Charge 3 or the Versa?

Which Device Contains Better Features and Functionalities, the Fitbit Charge 3 or the Versa?

Concluding Thoughts on the Fitbit Charge 3 and the Versa

It is becoming increasingly difficult to choose a Fitbit device from the wide range of options the company has available now that the Charge 3 has been released officially. There are significantly over a dozen options available. Some of them have been taken off the market by the manufacturer, but you may still find them for sale on Amazon and other websites.

In recent years, the Charge 2 has been the health and fitness tracker that has been used the most widely all over the world. For the normal individual who wants to keep track of their activity around the clock and who goes for the odd run here and there, it fulfills the majority of their needs. Charge 3 makes its forerunner even better.

But how does it stack up against the Versa, the “mass appeal wristwatch” that has been selling like hotcakes ever since it was released back in the spring? The summary below will help you decide which option best fits your needs.

Which One is Better in Terms of Design and Construction, the Fitbit Charge 3 or the Versa?

Through its purchase of Pebble, Fitbit has gained some valuable insight regarding product design. The company’s most current batch of products has an appearance that is both fashionable and sporty. Even though the designs of the Charge 3 and the Versa are very similar, there is one significant distinction between the two: the Versa is in the form of a watch, while the Charge 3 is a fitness band.

Fitbit seems to be doing up with varied sizes, so the company is shipping both of its new gadgets with a large and a small strap in the box. The straps are equipped with a common watch-style fastening mechanism and are replaceable, allowing you to personalize the wearables to your preferences.

The announcement of the long-awaited Charge 3 took place the previous week, and pre-orders are already being accepted. A case made of aerospace-grade aluminum and a display made of Corning Gorilla Glass 3 are just two examples of the lightweight materials that were used to construct this gadget compared to its predecessor. With dimensions of 18.3 millimeters in width and 11.8 millimeters in depth, as well as a weight of only 29 grams, it will hardly be noticeable on your wrist.

An inductive button has been installed in place of the lone physical button that was previously located on the right. Because the display size has increased by nearly 40% compared to the previous version, it is now far more convenient to take a quick glance at your statistics.

The Apple Watch and the Pebble Time are the two wristwatches that are most comparable to the Versa watch. It has a body that is both thin and lightweight and features rounded corners. In comparison to Fitbit’s other smartwatch, the Ionic, this product has a lot more going for it when it comes to the company’s target audience of women.

Aluminum of the 6000 series, which is aerospace-grade, is used in the construction of the core unit, which makes it both sturdy and lightweight. There is one physical button on the left side and two physical buttons on the right side of the device. You are able to navigate across the display by using this in conjunction with the touch-screen.

To compete with the Apple Watch, Fitbit increased the number of pixels on its watch and increased the maximum luminance to 1,000 nits. In terms of display quality, this is currently the best that can be achieved, and it even outperforms the displays on some mobile phones.

Aside from their relative proportions, the display is where the aesthetic differences between the Charge 3 and the Versa are most apparent to the naked eye. The latter has a 100 x 150 pixel resolution and a grayscale OLED touchscreen that measures 18.3 millimeters and measures in at 18.3 millimeters. The LCD touchscreen on the Versa, which is also full color and measures 34 millimeters, has a resolution of a 300 by 300 pixels and is featured on the device.

The two devices are virtually identical on the inside, with the exception of the three-axis gyroscope and ambient light sensor that are only found on the Versa. This gyroscope serves to improve the functionality of some of the exercise capabilities. This indicates that they are both equipped with an optical heart rate monitor, as well as a 3-axis accelerometer, an altimeter, and a vibration motor. Neither one of these watches has an integrated GPS sensor, but they can both connect to your smartphone in order to acquire satellite data. It’s likely that Fitbit has done this to keep the price low while maintaining a good level of battery life.

Both the Charge 3 and the Versa come equipped with an improved heart rate sensor as well as what the manufacturer refers to as a comparative SpO2 monitor. This determines the amount of oxygen in the blood and has the potential to be used in the future to diagnose sleep apnea. But we are still waiting for Fitbit to put it into real products that can be used in the real world.

Battery life is very crucial, but there is always going to be a trade-off between other factors like size, screen quality, and others. Both computer power and battery technology are getting better quickly every year, which is good.

Both of these electronic devices are powered by a rechargeable lithium battery that offers comparable run times between charges. Charge 3 will continue to operate for approximately seven days, which is an increase of two days in comparison to its predecessor. When fully charged, the Versa has a battery life that can last up to 5 days. Not bad.

The most recent generation of Fitbit devices can be worn while swimming. Both the Charge 3 and the Versa have an exceptional water-resistance certification of 5 ATMs, which translates to a depth rating of 50 meters. This implies that either device can be submerged to those depths without being damaged. They will keep track of your activities in the pool as well.

Which Device Contains Better Features and Functionalities, the Fitbit Charge 3 or the Versa?

You will, as you might imagine, be able to locate the necessities on each of the devices. This includes tracking your steps, distance travelled, levels climbed, activity periods, and calories burned, as well as more advanced sleep tracking features.

The trackers will encourage you throughout the day by sending you reminders to move and will give you nudges to get moving if you really are having a pretty sedentary day. There is also automated movement identification, which means that you will get points even if you fail to log an exercise. This feature ensures that the app is always keeping track of your progress.

You will, in the end, also receive some other, more advanced measures, such as your VO2 Max. This measure, which is expressed as millilitres of oxygen absorbed per kilogram of body weight per minute, informs you how efficiently your body uses oxygen when you are exerting yourself to the fullest extent, which is another way of saying how fit you are. Breathing Sessions, designed to keep you stress-free, as well as the Female Health Tracking tool, should not be forgotten either.

Now we will discuss the distinctions. When it comes to tracking one’s fitness, there are not quite as many options as one might think. It should not come as much of a surprise, given that both have the same detectors.

The most obvious disadvantage is that Charge 3’s reduced screen real estate means that you won’t be able to see as many statistics at once on the display. Because the display on the Versa is twice as large as that of the other models, it is superior for monitoring your stats while you’re on the move. In contrast to the Versa, the Charge 3 only displays exercises from the current day. If you want to see workouts from previous days, you will need to open the smartphone app.

However, there are a few minor distinctions that work in Charge 3’s favour and make it the better option. The first is that it is equipped with a brand-new function that has been given the name “goal-based exercise modes.” Users are able to set a target for the number of calories burned, distance travelled, or length of time, and then view their real-time stats and progress as they get closer and closer to achieving their objective.

One further distinction is that the Charge 3 is equipped with an auto-stop function for runners. This causes the exercise mode to automatically pause if you need to do something like stop for a red light or tie your shoelaces, for example. Something that takes place extremely frequently, in actuality.

Moving on to the non-fitness functions, there is once again very little that differentiates these two categories. The Charge 3 may have the appearance of a fitness tracker, but it actually has many of the functionalities that are typical of smartwatches.

Both show standard notifications, the ability to respond to messages (for those who use Android), and the choice to accept or decline incoming calls. Also, the Special Edition versions come with an NFC chip that lets you make payments without touching the phone.

It is possible to install apps from Fitbit as well as from third-party developers. Even while the Versa offers more software options out of the box, the Charge 3 will soon catch up to its competitor.

One significant difference between the two is that the Versa comes pre-loaded with 2.5 gigabytes of internal capacity. With this memory, you can save up to 300 songs for offline listening. In addition to that, Pandora and Deezer can be accessed through it. On the other hand, the Charge 3 does not come equipped with any sort of built-in audio memory or even the ability to play music. The latter is subject to potential modification with further software updates.

Concluding Thoughts on the Fitbit Charge 3 and the Versa

The appearance of the Charge 3 and the Versa are polar opposites; the former comes in the form of a watch, while the latter is more like a fitness band. And this is likely the most significant distinction between the two because, in terms of function, there is really almost nothing that differentiates the two.

You will get a workout experience that is marginally more satisfying with the Charge 3, and it will cost you roughly fifty dollars less. However, in terms of non-fitness functions, the Versa has the upper hand due to its bigger screen, offline storage for audio, and greater number of application options.

If you’re looking for a device that can monitor your fitness around the clock, either of these options should suffice. They both come with the complete suite of fitness monitoring sensors that Fitbit offers, as well as connected GPS, water resistance, a respectable battery life, and the same fantastic software. So, it all comes down to what you like and how big you think the price difference is.