Which Watch Brands Offer the Greatest Bang for Their Buck? 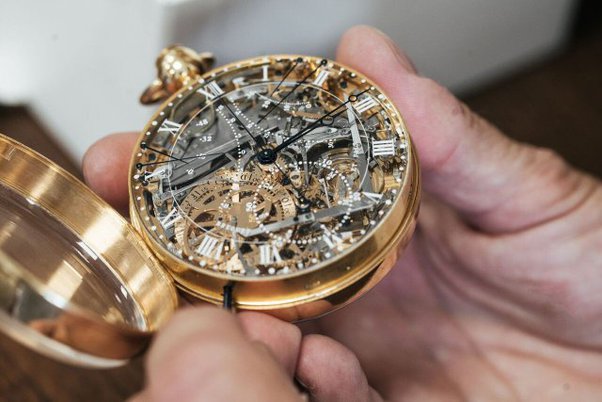 A Brief Overview Of Smartwatches

How should one go about selecting a smartwatch?

Do watches retain the value they formerly had? Historically, a watch has been regarded as something of an investment, making it a fitting present for someone to receive on the occasion of a milestone birthday or other event. Its first, and most would argue its primary, the role is as a timepiece, and this function remains the same regardless of whether you choose a digital or analog watch. However, it can also be so much more than that; a fashion statement, an extremely pricey calculator, a status symbol, and, with the advent of the smartwatch, so much more than all of those things.

The introduction of smartwatches has completely upended the traditional watch industry. Wearable technology belongs to an entirely different industry. As a result of developments in technology, the functions that may be included with a smartwatch that you decide to buy are advancing rapidly. Additionally, new models are being released continuously that is newer, better, and come with an increasing number of functions than the models that came before them. What began off as more of a fitness tracker aimed to help those people who wanted to improve their day-to-day health now can operate as a “personal assistant,” and owing to things like Apple Pay, it even reduces the need to take cash with you while you are out and about.

Certain watches are so classic that they are passed down from one generation to another. These watches are kept in pristine condition and are only taken out for extraordinary occasions before being placed back in their original box, where they have spent most of their lives. Others are put to use daily and, within reason, can endure the majority of the challenges that real-life throws at them.

Some wristwatches are designed to be worn, enjoyed, and eventually replaced when the time comes. At the same time, others are considered to be something of investment because they maintain their worth and, in some instances, even increase in value over time.

You should think about purchasing a few brands if you want to be sure that you are getting the most out of your money and purchasing something that will hold onto its worth over time.

Rolex watches have been produced since the early part of the 20th century and have maintained a status as high-quality timepieces for virtually the entire duration of their existence. Being seen worn on the wrists of some of the most well-known celebrities and executives from all over the world has, without a doubt, contributed in some way to elevating the status of the brand. Despite this, their reputation is based, first and foremost, on the quality of the timepieces that they produce, and this is entirely justified. This is something that should go without saying.

Rolex is considered to be one of the top brands, if not the best brand overall when it comes to maintaining their worth. Furthermore, the value of certain of Rolex’s models has increased over the years.

The designs of Rolex watches are fashionable while also being able to stand the test of time; as a result, these watches can be worn by people of any age group and complement a wide variety of different styles. The inner workings of a Rolex watch are Swiss produced, and they are among the best in the world. This precision and attention to detail is something that can be anticipated from any timepiece that is created in Switzerland.

Patek Philippe watches are another name that many people are familiar with; yet, their notoriety is not nearly as widespread as that of Rolex; however, practically everyone is aware that Patek Philippe watches carry a significantly higher price tag. However, you will find that they are included on any list of watches that continue to hold their worth, and the reasons for this are straightforward. Patek Philippe is a Swiss firm that was started in 1851, which means that they have been around for a decent amount of time. Patek Philippe is responsible for producing two of the most costly watches that can be purchased anywhere on the globe. Many people consider these watches to be valuable investments since they are the kind of thing that can be passed down from one generation to the next. It is simple to comprehend why given that Swiss movements are known for their elegant and luxurious designs and their meticulous construction with precision in mind.

This particular watchmaker has been around for quite some time, having started out in business in the year 1860. They create luxury timepieces that are geared at a diverse variety of people, with a broader marketing scope than you might find from the other companies that we have already covered. This allows them to appeal to a broader audience. This branding is clearly successful, as evidenced by the fact that notable clientele such as Elvis Presley and Chris Hemsworth use it.

Tag Heuer watches offer a look that is perhaps a bit different from that of a Rolex or a Patek Philippe. Although many of their models indeed keep something of a historical style, they also offer a functional design and internals that are updated at the finest level. The assortment of watches offered by Tag Heuer provides any collector or watch enthusiast looking for a timepiece that will continue to look excellent over time and maintain its value with a possibly more diverse selection of styles.

Omega is the fourth and final brand of a watch that may be classified as a classic watch to make it onto our list. And one thing that will come to mind about this particular brand is that in terms of price, it doesn’t have anything even remotely comparable to the price tag that you might expect to invest in the brands that were mentioned earlier. Despite this, you shouldn’t let it discourage you from purchasing the product. The value of an original Omega watch has been maintained exceptionally well. Omega watches, along with Patek Philippe, Rolex, and Tag Heuer, will be a permanent part of history due to the fact that Buzz Aldrin wore an Omega watch during the first lunar landing. Patek Philippe, Rolex, and Tag Heuer are other iconic watch brands.

The fact that Omega is also a Swiss brand is something else that all of these other brands have in common and that they have maintained their worth.

It should come as no surprise that when it comes to watches that retain their value, whether the most luxury brand or something that is a little more wallet-friendly, the ones that people will choose are Swiss watches. Switzerland has been the home for finely crafted timepieces for almost two centuries, so it should come as no surprise that Switzerland is the place that people will choose. A Swiss watch is an investment that is well worth making due to the rich history, meticulous attention to detail, and high level of precision that goes into its creation.

A Brief Overview Of Smartwatches

The introduction of the smartwatch was undoubtedly the most excellent cutting-edge development in the watch industry in recent memory. Over the course of the past decade, a device that began as a simple fitness tracker with the goal of encouraging people to move around more has undergone significant development.

The changes that have taken place are beyond anything that the majority of us could have ever envisioned happening, even just a few short years ago, as a result of developments in technology as well as a highly competitive marketplace in which virtually every technological business wants a piece of the pie.

This is, of course, excellent news for those who use wearable technologies because businesses are continually investing money into the research and development of new and enhanced features for their products. It also indicates that they are very much capable of taking into consideration the comments provided by customers. They are able to check into it before releasing a subsequent model in the event that a feature is not functioning as effectively as users would like it to. It can also be explored if another brand has introduced a helpful function that they had not thought of before. The final consumer is the one who benefits the most from this transaction - or are they?

The issue is, as we are already aware when thinking about computers, mobile phones, and just about any other sort of technology, that when improvements are made, older models become less popular. Because of this, equipment that is regarded as being out of date does not retain its worth. Therefore, when it comes to smartwatches, this is not really something that you can add to the list of variables that you use to make your decision.

How should one go about selecting a smartwatch?