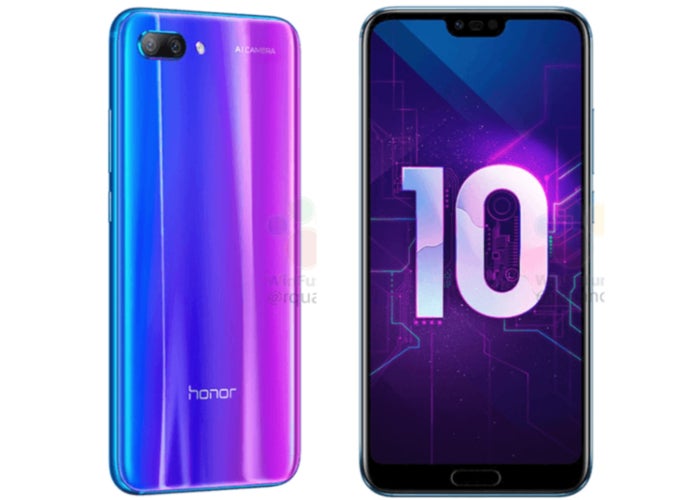 Huawei P10, the great forgotten of the Tech world

Nothing to offer, in a voracious market

During the past year 2017, we have seen really spectacular high-end terminals. Some of them, even having some shortcomings, have managed to maintain a name throughout the year. We all continue with the Samsung Galaxy S8, the LG G6, the OnePlus 5 or the Xiaomi Mi 6 in mind , and they are alternatives that we consider as a successful purchase.

However, there are some brands that have presented a mobile that, directly, has fallen into oblivion. One of them is the Huawei P10, a terminal that we liked, but has not managed to speak in 2017 . What will be the reasons?

Huawei P10, the great forgotten of the Tech world

Samsung Galaxy S8 / Note 8, LG G6 / V30, OnePlus 5T, Razer Phone, Google Pixel, iPhone X, HTC U11 ... Even Marques Brownlee himself has “forgotten the Huawei P10.” If we look for comparatives on the internet, it also has little presence . What happened?

In my case, I had the Huawei P10 as a personal phone, and I can tell you why this terminal has not lived up to what was asked of a high-end in 2017 .

The camera of the Huawei P10, is a good camera, but this year has lagged far behind its competition. It is of little use to have 20 megapixels and an alliance with Leica , if you are not able to get closer to the results of mobiles with a single camera, such as the Samsung Galaxy S8 -we do not put the Pixel here because it was presented months later-

Monochrome mode is fine, dry, but nobody is going to buy you a phone because it takes black and white photos. Portrait mode is a must have in today’s high-end , and Huawei has one of the worst results in this regard. So much so, that it has been surpassed by firms such as Xiaomi or OnePlus, which offer much more realistic portrait modes.

The Huawei P10 panel is one of the most disappointing aspects. We are talking about a terminal with a starting price of almost 650 euros, and whose panel is not much better than a 300/400 euros mobile . Recall that the P10 came to be a top of the range, like any S8 or G6 in turn, and a mediocre panel does not help the reputation of a terminal - ask the Pixel.

In the case of my unit, the screen had a yellowish tint , somewhat solvent by calibrating the settings, but honestly, it is a panel well below average , surpassed again by direct rivals such as the Xiaomi Mi 6 or the OnePlus 5.

In my case, I do not look at Benchmarks, I do not get carried away by the data on paper, I rely on the experience of a processor , regardless of the signature that manufactures it. In the case of the Huawei P10 processor, I have encountered the worst energy management I have ever seen . Before moving on to P10, I had P9. This terminal had 3000mAh, which fell short.

The Huawei P10 has 3200mAh, with a processor that should be much more efficient . Well, I never managed to go from 4: 30h of screen with this terminal , and with very intensive use, just about 3h long of screen. The current high-end, provides an average of 5 or 6 h of screen, almost double what this Huawei offers. This was the main reason why I did not last more than a week with the terminal.

As for performance, not a single complaint. The P10 flies, and has the same performance as any high-end this year. However, the energy management was so disastrous that it ruined the whole . And before you say that the Huawei Mate 9 has a good battery with that same processor, I remind you that this model has 4000mAh ^, it would be missing if it didn’t last well.

Nothing to offer, in a voracious market

Last summer, Samsung managed to sell almost 20 million units of the S8 , while Huawei sold just 6 million . It is not just a matter of personal opinion, the data is what it is , and is justified without too much complication.

Samsung offers “brand security” -something I do not share, but I have to respect users who are calmer because the mobile is of this brand-, LG offers angle cameras, Xiaomi and OnePlus value for money, Google your camera ... and Huawei? No camera, no screen, no design ...

Another song is the Huawei Mate 10, which seems to be having a great success, since it is a terminal that adapts to what is requested in 2017. However, the P10 has passed with more pain than glory , and we hope that its successors do not run this - bad - luck.