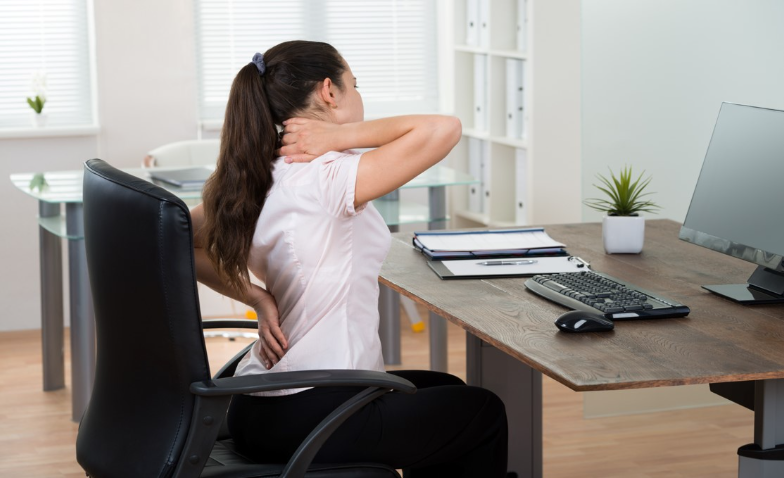 Are you able to find a comfortable position? Then let us begin.

It’s possible that one of your favorite activities is slowly but surely taking your life. People are compelled to sit down for much longer periods of time than they are able to stand due to the proliferation of modern technologies such as televisions, computers, and automobiles. That, it should go without saying, is not a good thing. The typical day of an average individual is spent sitting or lying down for more than half of it.

It’s not totally our fault. Every facet of our day has been modified with one thing in particular—our level of ease—in mind since we transitioned from a physically demanding and agrarian way of life to a lifestyle that involves offices and mechanized transportation. The average modern person spends 13 hours a day sitting, 8 hours sleeping, and only 3 hours moving. Our bodies were not constructed to function in this manner at all.

“Sitting is so ubiquitous in our culture that we don’t even stop to consider how much time we spend doing it. And because everybody else is doing it, the thought that it might not be appropriate doesn’t even cross our minds. — Nilofer Merchanthandling a talk at TED in 2013.

When you look at the numbers, it can be quite unsettling to discover how much damage sitting does.

As soon as you begin sitting, the electrical activity in your muscles immediately diminishes by a large amount, and the pace at which you burn calories declines to one calorie every minute. This is approximately one-third of the rate that you experience while you are walking.

After only three hours, there is a fifty-percent decline in the dilation of your arteries, which leads to a decrease in the amount of blood that circulates throughout your body. If you sit for 24 hours straight, your body’s insulin will lose roughly 40% of its ability to absorb glucose, increasing your risk of developing type 2 diabetes.

After two weeks of sitting for approximately six hours a day, the “bad” cholesterol in your body will begin to rise, while the enzymes that are responsible for breaking down fat will begin to decrease. And studies have shown that even vigorous exercise can not totally reverse the negative effects that this has had on our bodies. Your maximum oxygen intake falls, and at the same time, your muscles begin to atrophy.

After a year of sitting for an excess of six hours every day, longer-term health impacts start to become apparent. You could start to suffer symptoms such as elevated cholesterol and weight gain. Furthermore, you will lose approximately one percent of your bone mass each year.

The most disturbing aspect is that scientists believe that if you spend 10 to 20 years sitting down for 6 hours a day, and let’s face it – the majority of us are definitely guilty of this – you may have lost up to 7 quality adjusted life years. Let’s face it – most of us are probably guilty of this. This is the number of years that have passed without a person experiencing any form of illness or passing away.

I really hope that stimulates some thought in you. Unsettling stuff…

If you plan on watching this movie while seated, you should probably reconsider…

There is a substantial cottage sector that focuses only on the distribution of standing and walking desks. To name just a few examples, there are standing workstations, treadmill desks, and exercise ball seats. Which is a very positive development. On the other hand, such precautions might not be required to avert the negative consequences.

The following are three modifications that you may make to your lifestyle that will help you combat the adverse consequences of sitting for long periods of time. Also, a huge favor to you, please. Do yourself this favor. If you haven’t already done so while watching the movie, you should make an effort to stand up immediately.

Be conscious of the amount of time you spend sitting. With this approach, you will be able to set a goal of decreasing that number by a small amount each week.

Get up and move around at least once every hour. Even just getting up and moving around for two minutes every hour will help counteract the consequences of sitting for long periods of time, which can shorten one’s lifespan. It speeds up the circulation in your body. The encouraging news is that fitness wearables now typically include an inactivity alert as one of their features. If you are at work, you should make it a point to get up and move around at least once every thirty minutes for a minute or two at the very least. If you watch television in the evening, make sure you get up and move around, or at least stand up occasionally.

Aim to move around for around half an hour every day. According to the findings of a number of studies, individuals who engage in regular physical activity have a decreased prevalence of the aforementioned health issues. Most people have a preferred method of physical activity, whether it be running on a treadmill, lifting weights, participating in a cardio class, or taking part in a group fitness class like yoga or spin. One thing that gym-goers have in common, despite the fact that they all have unique interests, is that they all use some sort of fitness gadget. You can keep yourself motivated and informed with the use of mobile technology, and it can also provide you with a social component so that you may join a community that is centered on achieving fitness goals.

Even in adulthood, the brain’s internal wiring may, thankfully, undergo significant changes in order to adapt to new circumstances. Therefore, even if you’ve spent most of your life sitting, if you make these changes, your brain will eventually start to adapt to the new environment. The average amount of time needed for the brain to adjust to a new stimulus is roughly three weeks. This indicates that you can begin to make significant strides in bettering your health in a relatively short amount of time.

The amount of time that we all spend sitting down each day is broken down in a straightforward and visually appealing way in this infographic that was created by Medical Billing and Coding.

We hope that the infographic has provided some clarity regarding the length of time you spend sitting. Use the buttons down below to share this content and help get the word out about it.