With the latest update to the Amazfit GTS/GTR app, customizable watch faces are now available 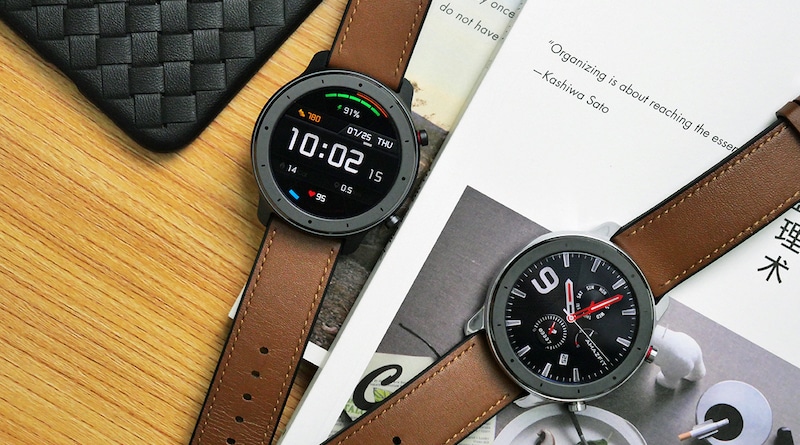 A new update for the Amazfit GTS and the Amazfit GTR has begun making its way around. The ability to personalize the watch face is the most significant addition.

A few days ago, we had a look at the Amazfit GTS and the Amazfit GTR. Both of these fitness trackers have enticing designs and can generate a wide variety of useful metrics. Although they are not likely to take the place of a full-fledged sports watch, they are a good option for people who are searching for a wristwatch that is also capable of covering the fundamentals of fitness.

There have been a number of recent updates released for the Amazfit Watch app. Early in the month of November, we were treated to a version that included a fix for notifications, a horizontal view of charts, and additional statistics in the Workout Results section. A subsequent iteration came up a few weeks after the initial one. This one included the PAI, which is a metric that replaces the step count with an indicator of daily activity derived from the heart rate.

The Android operating system version 3.5.0 has begun to roll out in a variety of nations. Although we have not seen it yet in the United States or in the majority of European countries, we anticipate that this will happen very soon. We can only hope that an iOS version will also be released.

The option to add personalized watch faces to the GTS and GTR is the most significant improvement brought about by the new software. After installing the latest version of the Amazfit app, you will see a new “Custom” option appear next to “Online Watch Faces.”

If you choose the button labeled “change the watch face backdrop,” you’ll be given the option to select a picture from either your saved camera images or a brand new one. If you want to see a preview of your finished artwork before you save it, tap the “Done” button. After that, all you need to do is synchronize your watch with the app. Even though the functionality of the customization can only be used to alter the background image, you are still able to personalize a variety of watch faces.

The Amazfit GTS and the Amazfit GTR sound like they will benefit greatly from the inclusion of this new model. When everything is taken into consideration, the value of both of these is quite high. Especially if you’re searching for a stylish fitness watch and don’t want to have to worry about charging it very frequently.

Amazon customers have been able to purchase GTR for the past couple of months. Amazfit GTS has only been made available for purchase within the last few weeks, so it is still relatively new to the market. For the duration of the holiday season, Amazfit smartwatches are available at significantly reduced prices. Both the Amazfit Verge and the Amazfit GTR are included here.