With this Reebok enters the competitive market for smartwatches 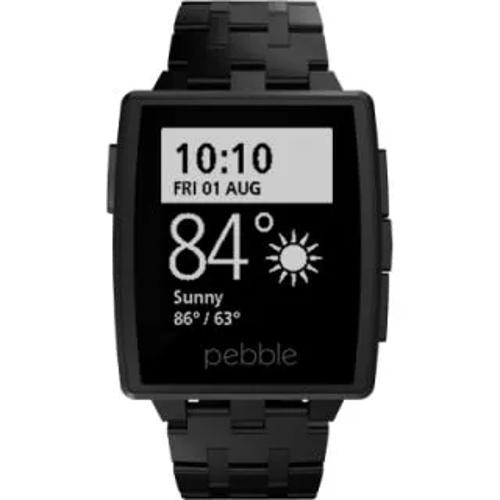 A low-cost fitness tracker with a stylish appearance, the Reebok ActiveFit 1.0

Reebok, which Adidas owns, has introduced its very first smartwatch. In addition to its fitness and health tracker capabilities, the inexpensive wearable technology known as the Reebok ActiveFit 1.0 also monitors the user’s blood pressure.

Since the company already sells a variety of analog and digital watches, it has previous working knowledge in this industry. However, Reebok’s most well-known products are its footwear and clothing line. The outfit was created back in 1958 in England as a sub-brand of J.W. Foster. Since the year 2002, it has been operating under the supervision of the sporting goods giant Adidas.

The smartwatch was only mentioned in passing at the beginning of the year, but it has finally made its formal debut in India. It is not yet known whether or not it will be introduced in other nations or when it will do so. Establishing a market in a country other than India would make sense for this company, given the widespread recognition that this brand enjoys.

A low-cost fitness tracker with a stylish appearance, the Reebok ActiveFit 1.0

The price of the Reebok ActiveFit 1.0 is relatively comparable to that of its competitors. You will receive a 1.3-inch high-resolution curved glass display in exchange for the 4,499 (about $60) that it costs. This is housed in a plastic casing which also holds a heart rate sensor (made up of two LEDs), accelerometer, and blood oxygen monitor.

According to Reebok, its watch can measure blood pressure from the wrist in addition to activities such as activity and sleep. Although we have some reservations about the precision of such measurements when performed on a watch with a limited price range, the blood pressure readings are one of the features that are claimed to be included.

There are 15 different fitness monitoring modes. However, there is no GPS receiver included. They include walking, running, yoga, skipping, badminton, tennis, basketball, football, golf, hiking, rugby, jogging, workout, baseball, and cycling. You’ll notice that swimming is not on this list. The reason for this is that the device only has an IP67 certification, which means that it can withstand light rain and splashes, but you shouldn’t plan on fully submerging it.

The smartwatch also offers menstrual cycle monitoring and breathing exercises. Aside from that, you gain access to a number of intelligent features, like smartphone call and text message notifications, social network notifications, a weather application, a remote camera, an audio control, a variety of watch faces, and a few games.

All things considered, this seems like a decent offering - especially when you take into consideration the pricing. How effectively health and fitness tracking works in practice needs to be seen.

The battery life of the device is great, and it may continue for up to 15 days without needing to be recharged. The stand-by time is twice as long. The battery goes from completely dead to fully charged in roughly two hours.

The image comes from Reebok.

Reebok ActiveFit’s style will appeal to those desiring an athletic look. The watch comes in a round shape and has a very thick bezel yet only weighs 35 grams. The case is held in place by a flexible silicone band, but there does not appear to be a quick release mechanism on the strap. There’s a single button on the side which you use in combination with the touch-screen to browse the menus.

As was previously said, the watch is now only sold in the country of India. The price of $60 is a limited-time introductory offer; after January 28th, the price will go up to $120. There are several color options to choose from, including black, blue, navy blue, and red.

Aside from the ability to take blood pressure readings, ActiveFit 1.0 does not offer anything particularly innovative to the table (which we are skeptical about). The affordable pricing and the brand name’s widespread recognition are this product’s primary selling points.