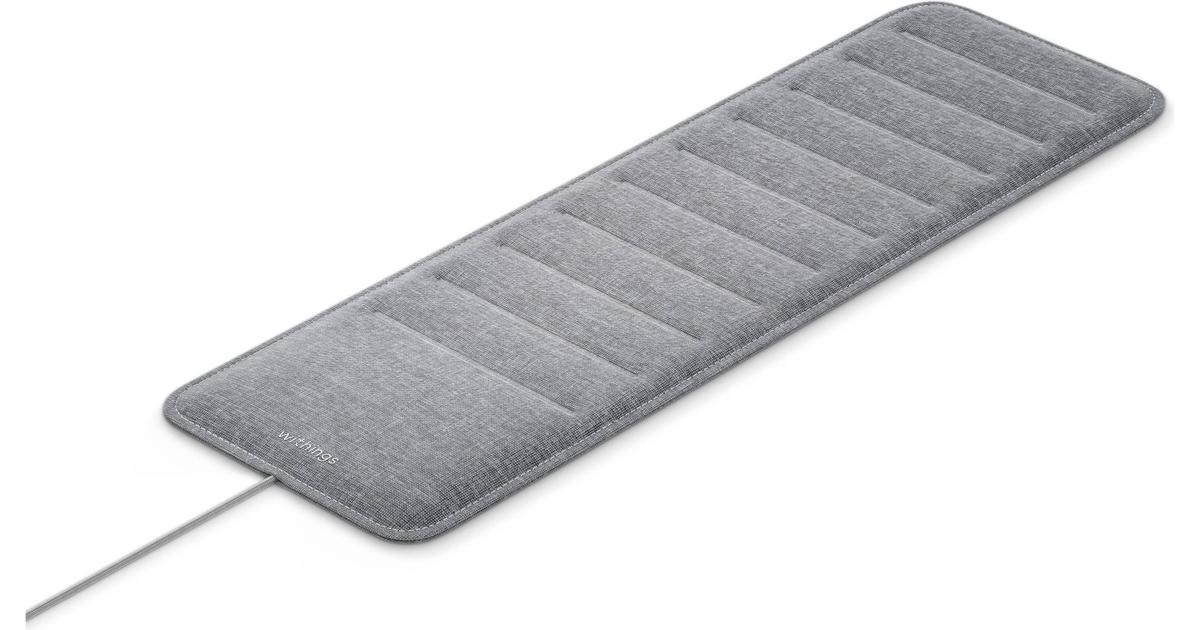 The Sleep Tracking Mat from Withings is getting an update that will assist users in recognizing indicators of sleep apnea and breathing issues while they sleep. The upgrade to the software will begin to be distributed beginning today, March 12th.

Sleep-related breathing problems are quite frequent, yet most of the time they go untreated despite the fact that they are easily treatable. On the other hand, they are also a potential indicator of more serious diseases such as sleep apnea. This is a form of sleep disorder that is characterized by bouts of shallow breathing or pauses in breathing altogether. If treatment is not sought, it can result in a heart attack, arrhythmias of the heart, and strokes. The fact that four out of five people who have sleep apnea are unaware that they have the condition is the most significant obstacle.

The newly added functionality of Withings Sleep will assist users in being alerted of such scenarios. Because of this, the device is the first non-invasive sleep monitor ever created that can track this kind of data.

For those who are unaware, the product that was developed by the French company is a mat that is placed beneath the sheets of the bed. From this position, it is able to monitor the user’s heart rate, determine whether or not they snore, and perform other functions. In the Withings Health Mate app, the data on sleep breathing disturbances is plotted over time and displayed alongside other data. The information is color-coded within the software, so users can tell at a glance whether there are any problems or concerns to be concerned about.

Because the company has not yet been granted regulatory approval for the newly implemented feature, it will not really diagnose sleep apnea at this time. In the meantime, though, it can be utilized to recognize symptoms that may indicate respiratory disturbances while the individual is sleeping. By the end of 2019, Withings anticipates receiving the go-ahead from the Food and Drug Administration (FDA).

If all goes according to plan, the Withings Sleep Mat will be able to provide a solution that is considerably more convenient than getting data on breathing disturbances in a clinical setting. According to the firm, the new features were created with the assistance of Dr. Pierre Escourrou, who works at the sleep lab at the Paris-Béclère hospital. The results were compared to those acquired by polysomnography, which is considered to be the “gold standard” in the field of sleep diagnosis.

According to the president of Withings, Eric Carrel, “despite its prevalence and catastrophic effects, sleep apnea goes mostly undiscovered as existing testing is confined to the clinical and sleep lab context,” and this is despite the fact that sleep apnea is quite common.

“By making it possible for people to keep track of how bad their breathing problems are, we’re helping them spot early warning signs.”