Yikes! According to a recent study, fitness watches contain three times the number of bacteria as toilet seats 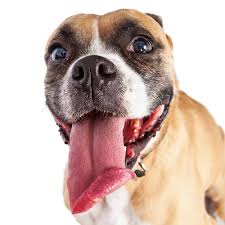 So the question is, what should one do

You also have a few additional options available to you.

If you don’t want to bother cleaning your hands, you should probably clean your fitness tracker or smartwatch instead. A startling new study has found that the average watch is more than three times as filthy as the toilet seat and the handle of the flushing mechanism combined.

Researchers at Tic Timepieces in the UK recently conducted a series of tests on a variety of watches to see just how soiled they may get. They observed that such devices provide an excellent breeding habitat for bacteria, yeast, and mold, which is to be expected given the nature of the device. The magnitude of the issue is even more unexpected.

According to the findings of the study, the typical watch is approximately 3.1 times dirtier than a toilet seat. The results showed that out of ten different wearables, fitness watches such as Fitbits, performed the poorest and were an astonishing eight times dirtier than the other wearables. Watches made of metal performed significantly better than those made of leather or plastic.

In order to provide a point of reference, the average toilet seat and flush handle each harbor 120 CFU (Colony Forming Units) per agar. A typical office keyboard can house up to four CFUs. Six of the ten timepieces that were examined had results that were higher than 120 CFU. The astounding number of 1,000 CFUs was measured by the Fitbit.

It’s true that this isn’t really a large-scale scientific study, but it certainly would be intriguing to perform this kind of analysis on a much larger sample. But I think you understand the point. Your fitness tracker or smartwatch, which is located on your wrist, most likely has a lot of dirt on it.

In addition to that, one in every four of us acknowledges that we never clean our watches. Six out of every ten people clean it less frequently than once every six months. This is one of the reasons why so many individuals report that their wearable devices cause them to acquire rashes on their wrists.

So the question is, what should one do

If you wear a watch, especially a smartwatch (or fitness tracker), you should seriously search for ways to eliminate bacteria every few days, or at least once a week if you can do it. Cleaning with a gentle cleanser that does not contain soap, such as Cetaphil or Aquanil, is recommended for this step. Not only can a filthy band provide a breeding environment for bacteria, but it also has the potential to interfere with the operation of your sensors.

Scrub it under a stream of running water to remove the grime, alternatively. However, you should not test the water resistance of your wearable by immersing it in water before you have done so! Many of them are not.

When reaffixing, you should make sure that both your wrist and the wearable you are attaching it to are dry. If the strap can be removed, you should occasionally remove it in order to clean it more thoroughly. This is especially important if the strap is detachable.

You also have a few additional options available to you.

Your skin will benefit from being allowed to breathe, so remove your makeup and other coverings at regular intervals. You might even switch the band around on your wrist from time to time to get the most out of it.

Wear the band loosely enough so that it can rock back and forth without restricting your movement. For example, when going for a run, you should pull it tighter. This will ensure that your statistics are more accurate, which is especially important if you are monitoring your heart rate.

And sadly, the majority of smartwatches are not waterproof, which means that avoiding any contact with water when we’re wearing them could be the primary reason for the accumulation of bacteria. If you wear a watch every day, especially when you work out, we suggest that you give it a thorough cleaning at least once a month using a wipe or a moist tissue. This is especially important for people who wear their watches while swimming or showering. This will not only keep your watch looking as good as new, but it will also prevent potentially harmful bacteria from growing on it.