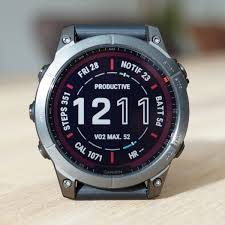 Now it’s time to start counting down! Garmin has finally made official a product launch event that will take place on January 18th, following a torrent of leaks and rumors that have circulated over the past month. We anticipate the release of the Fenix 7, Epix 2, and possibly the Instinct 2 as well.

Today, the manufacturer of sports watches sent out a tweet with the headline, “It’s just a matter of time.” It states, “Something major is coming” in the bottom part of the image.

You may also view an accompanying video by scrolling down further on this page. Even though the background is of the rugged sports adventurer kind, it doesn’t reveal very much at all. Devices such as the Fenix 7, Epix 2, and Instinct 2 are aimed at this market segment. Additionally, the introduction comes from the Garmin Outdoor division, which is in charge of these watches. This contrasts with the Garmin Fitness division, which is in charge of the Forerunners.

Since Garmin Norway and Garmin Israel had already provided teasers for an international launch event on the 18th, we had already set our sights on that day. The actual live feed will begin at 15:00 local time (15:00 GMT), coming to you from the company’s headquarters in the United States of America. This is the same as ten in the morning Eastern Standard Time. Tuesdays are the day that Garmin’s launch events take place every time.

We expect this will be broadcast as a live stream that is accessible to the general public. Although this is not something that Garmin typically does, there is a lot of interest and anticipation surrounding it, particularly concerning the Fenix 7. The Fenix is Garmin’s most popular watch, which helps contribute to the brand’s devoted customer base.

Take a look at the headlines in the press if you are curious about what to anticipate from these next pieces of technology. In recent days and weeks, there has been an overwhelming amount of coverage that has been dispersed across the entirety of the internet.

Even photographs of the Garmin Fenix 7 — a fancier version of the same device also known as Epix 2 and Instinct 2 — have been brought to our attention. It is anticipated that each of these watches will come equipped with the Elevate 4 heart rate sensor and the most recent Sony multi-band GNSS chip. The Venu 2 Plus and the Forerunner 945 LTE are the first products to have the Elevate 4 heart rate sensor, and early feedback suggests that it provides accurate readings.

The battery life has been increased, the design has been enhanced, there is now a touchscreen in addition to the five-button interface, and there are more improvements. The next software update will contain a new health statistic and the previously announced new stamina metric. Epix 2 provides the same capabilities as its predecessor, but its display is AMOLED with a higher resolution.

There’s also a remote possibility that the Fenix 7 will contain an electrocardiogram (ECG) sensor. However, it is not yet known for certain whether this will be the outcome. It has been brought up by a German source and a store from Norway. However, other sources have not done so.

Obviously, this raises the possibility that ECG will debut in some nations while being unavailable in others. The complexity stems from the fact that regulatory permission would be required from several different countries. One useful illustration of this is the Withings Scanwatch. It was rather straightforward to obtain clearance in Europe, but in the United States, it took close to two years to do so from the FDA. Therefore, it is possible that the Fenix 7 will have the necessary hardware but that the electrocardiogram (ECG) software will not be active in some countries.

We anticipate that the price of the Fenix 7 will be only marginally higher than the price of the Fenix 6 in terms of pricing. The standard edition ought to be priced at 699 Euros, which is an increase of 150 over Fenix 6’s price. However, there will apparently not be a Pro edition since all versions would supposedly include music, maps, and WiFi. The Pro version of the Fenix 6 comes in at 649 Euros. Thus the difference in price between that and the Fenix 7 is 50 Euros. The projected costs of additional models are detailed in a separate article that we have published.

There has been no mention of the capability to use a voice assistant. To refresh your memory, that was the device that made its debut earlier this month on the Venu 2 Plus. In addition, LTE has not discussed the Fenix 7. However, it is possible that it will come out at a later stage, just like the Forerunner 945 and 945 LTE.