A Comprehensive Review of the Fitbit Charge 4 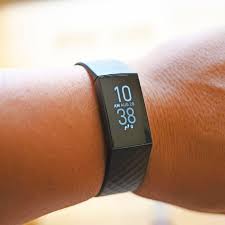 When was the Fitbit Charge 4 made available to the public

What Features Are Contained Within the Fitbit Charge 4 Specification

What Kind of Activity Tracking Does the Fitbit Charge 4 Offer, and How Accurate Is It

Should You Spend Your Money on a Fitbit Charge 4

If you are a fan of Fitbit, the newly released Fitbit Charge 4, which now has GPS, will likely win you over. This indicates that you will be able to track where it is that you travel regardless of where you are. Read on for the complete rundown of our thoughts on this new member of the Fitbit family. You might also find it helpful to look at the Fitbit Charge 5 or make a comparison of the two.

When was the Fitbit Charge 4 made available to the public

The Fitbit Charge 4 was first made available for purchase on April 15, 2020, at a price of 129.99 GBP when it was first made available. The majority of folks were taken aback by the price. Because it also included a GPS and was compatible with Fitbit Pay, it was anticipated that it would come with a significantly higher price tag.

It is interesting to note that the inexpensive pricing also performs well when compared to the Fitbit Versa 3, which has Alexa built in but does not offer GPS functionality.

When it comes to appearance, it isn’t easy to differentiate this model from the Fitbit Charge 3, as the two devices are virtually identical. You can select either the black or the storm blue style. In addition, there is a special edition that comes with two different straps so that you can choose the one that best suits your style.

The fact that the screen was black and white was one area in which we felt a little shortchanged. Fitbit came to the conclusion that the Charge 4 was not the appropriate version for this new development. However, the functionality is not impacted in any way by the absence of color. When you have worn it for a couple of hours, you will forget that there was ever a problem with it.

The design of the charger has not been modified in any way. Simply clipping the watch into the charging connector is all that is required to make it function. Even if you use your GPS to keep track of your daily activities, a full charge should last you for at least a week’s worth of use before it needs to be recharged again.

What Features Are Contained Within the Fitbit Charge 4 Specification

When you finally get your hands on this new fitness tracker, you will be thrilled to discover that it has managed to keep its characteristic low weight and thin profile. This means that it will fit snugly on your wrist without causing any discomfort, and you won’t even be aware that it’s there for the majority of the time.

Every single movement that you make will be logged. In addition, you can use the counter on the screen to keep track of your daily advancement and receive alerts on those developments. In addition to the number of steps you take during your workouts, your heart rate will also be tracked on a per-second basis. In addition, when you are not using it for exercise, it will update itself every five seconds. In this manner, you can obtain an accurate reading of your heart rate at any given moment.

Because it satisfies the desire to track your exercise in a manner that Fitbit has not before supplied in the Charge series, the GPS has to be the feature of this new device that stands out the most from the crowd. This watch also comes equipped with a variety of other fantastic functions as standard, some of which are as follows:

What Kind of Activity Tracking Does the Fitbit Charge 4 Offer, and How Accurate Is It

Because the Fitbit Charge 4 was developed to serve as a fitness tracker, you might anticipate that it would come equipped with a wide variety of tracking features. At this time, you are able to track six different activities in addition to your total steps. You may make your life easier by programming shortcuts to the tasks that you use the most, and you can also keep track of your steps on the screen so that you know how far you’ve traveled.

The great part about the app is that you can head into it when you have finished your workout and see how effective your workout was, how many calories you burned, and other useful facts. If you choose the activity so that it activates the GPS, you will also be able to view the route you traveled and your speed, and the overall distance you covered.

Suppose you are seriously contemplating purchasing one of these fitness trackers. In that case, you may want to spend some time looking over our list of advantages and disadvantages to obtain an accurate picture of what this product has to offer as well as the features that it does not have.

Should You Spend Your Money on a Fitbit Charge 4

This is an excellent option for a fitness watch, and if you are looking for one that not only includes GPS but also enables you to monitor your every movement, then this is the watch for you; in fact, we would be happy to recommend that you get your hands on one! In addition to the intuitive user interface, you will have access to first-rate software that may assist you in analyzing your workouts, monitoring your sleep, and changing your behaviors. In addition, if you purchase the premium version of the app, you will have access to additional routines and instructional videos that will help you take your fitness level up a notch or two.

In the end, this is a really wonderful watch made by Fitbit, and we have no difficulty recommending that it can be the best choice for you if you want to track your fitness accurately and fashionably.