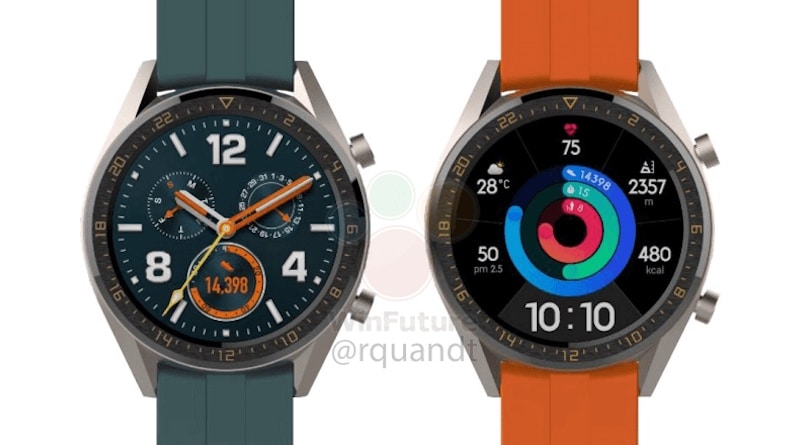 A promotional image of the forthcoming Watch GT Active Edition was accidentally published on Huawei’s website, which was a bit of a mistake on the part of the Chinese tech company. Fortunately for us, someone was able to save the picture before the corporation erased it from their website.

A few weeks ago, we published the first article in which we discussed wearables. In the not too distant future, it will be released together with the Watch GT Elegant Edition. Both are rumored to be running the company’s Lite OS, which is an operating system with fewer features than usual designed to extend battery life. The watches are basically brand-new iterations of the Watch GT’s lineup.

The aforementioned photograph, albeit slightly grainy, validates the rumored name of the watch and, more significantly, the existence of the watch itself. Additionally, it lends credence to the earlier research that WinFuture produced. The image that can be seen below is the very first glimpse that we got of the Watch GT Active and Elegant. The image on the German website unmistakably depicts the identical equipment, indicating that the leak is legitimate.

Sadly, very little information is known regarding the technical specifications of either of the two gadgets. The only information that has been revealed about these timepieces is that they will have displays measuring 1.39 inches diagonally, just like the standard Watch GT, but the bezels will be designed differently.

It is anticipated that the price of the Watch GT Active Edition will be 249 euros, while the price of the Elegant Edition will be 229 euros. The fact that both are more expensive than the Watch GT, which is now available for 199 euros, suggests that they will have slightly improved specifications. It is likely that the two will be unveiled at the event that the firm is hosting on Tuesday in Paris.