A new investor from China has Purchased Suunto 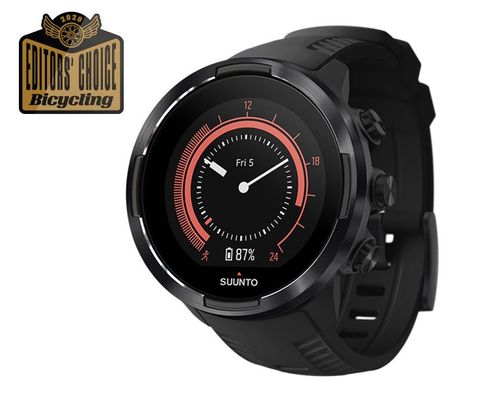 So, what exactly does this imply for people who possess Suunto smartwatches

The ownership of Suunto has shifted from Amer Sports to Liesheng, a company based in China, according to a recent announcement made by the company. The deal’s conclusion is anticipated to occur sometime during the first half of the year 2022. The monetary particulars of the transaction were not made public.

Amer Sports, like Suunto, is a firm with its headquarters in Finland. However, in December of 2018, Amer Sports revealed that Chinese-based Anta Sports would be purchasing the company for €4.6 billion. Despite the acquisition, Amer Sports has continued to operate as a standalone company, while Anta Sports is responsible for its research and development. Hold on, and things are about to get far more perplexing.

Now, we are hearing reports of another deal between Amer Sports and Liesheng, in which the sports watch manufacturer Suunto will be transferred from the former to the latter. Liesheng, another Chinese company, exports its consumer electronics items to more than one hundred nations worldwide. Considering that the company has only existed as a separate entity since 2015 is an especially outstanding accomplishment. Additionally, Lieshang is the Haylou brand’s owner, an audio gadget retailer.

So, what exactly does this imply for people who possess Suunto smartwatches

Probably not an excessive amount. At least, not in the immediate future.

Despite the change in ownership, the Suunto brand, which has a history dating back 85 years, continues to exist. The same principle applies to all of their “products, digital services, data protection rules, support channels, and service.” Additionally, Liesheng has declared that the day-to-day operations of Suunto will still be managed from their current location in Vantaa, Finland. It is not quite apparent whether this indicates that the client data is stored on European servers.

It is important to note that Amer Sports, which once owned Suunto, is also the parent company of several other well-known sports brands, including Salomon, ENVE, Atomic, and Wilson. This is important in several ways. For instance, Salomon subsidized the use of Suunto watches by elite athletes, which had a significant role in terms of publicity and advertisement. This will likely come to an end now that Suunto is no longer a part of Amer Sports. Several Suunto users likely watch users first learn about their product through such sources.

Then why go through with the transaction?

In recent years, Suunto has been experiencing financial difficulties, and it is quite likely that this is the reason for the change in ownership. The market for sports watches is growing increasingly competitive, and as a result, it is getting harder for Suunto to compete against established brands like Garmin and Polar. Even less likely is that the Finnish watch brand will succeed in the all-purpose watch market.

Alterations for the better should hopefully take place somewhere between the medium and long term. Suunto claims that it will “expand on their products offering for outdoor enthusiasts” with the resources and expertise that Liesheng brings to the table. What this means in terms of actual products is still up in the air at this point.

However, there may be other advantages. Liesheng was first established by the colossal technology company Xiaomi, which continues to have a tight working relationship. Because of the change in ownership, Suunto may now be able to dramatically expand the number of distribution channels it utilizes and increase its level of impact in Asia.

There is a possibility that the Suunto name will be beneficial to Liesheng. Because it is a brand that is somewhat well known in Europe, it might be able to assist the Chinese company is expanding its footprint on the continent.