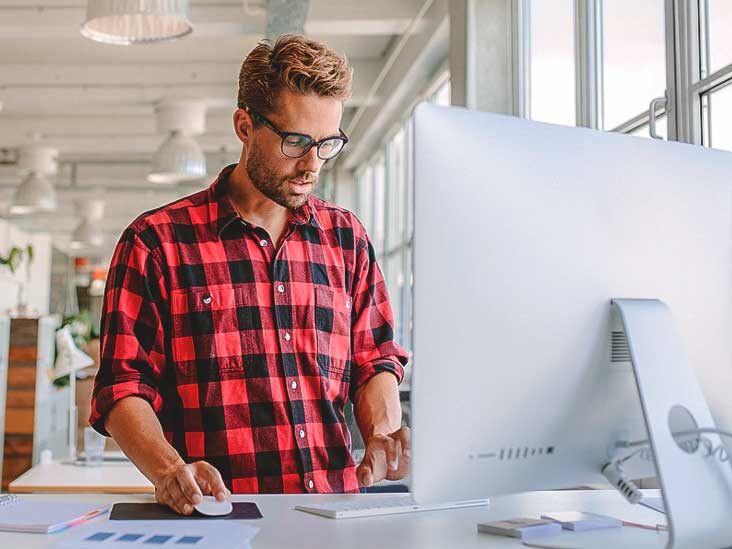 It is well known that sitting for lengthy periods of time at work can be fatal, but it would appear that standing for an excessive amount of time also has negative health effects. According to the findings of a recent study, it can even double your risk of developing heart disease.

It would appear that we are hopeless. People are compelled to sit down for much longer periods of time than they are able to stand due to the proliferation of modern technologies such as televisions, computers, and automobiles. Furthermore, we have been informed that this may pose a significant risk to our health. There is a correlation between sitting for extended periods of time and an increased risk of developing cancer, type 2 diabetes, and accelerated ageing. Statistical research has led at least one person to the conclusion that sitting in chairs is even more dangerous than smoking.

However, recent studies have shown that sitting at a desk all day might be just as unhealthy as standing all day. The results were published in the American Journal of Epidemiology. A total of seven thousand people took part in the study that was conducted in Ontario, Canada. It has been shown that people who stand the majority of the time at work have a cardiovascular disease risk that is two times higher than that of office workers who sit the majority of the time. In point of fact, the prevalence of coronary heart disease among people whose jobs require them to stand for long periods of time is comparable to that of people who smoke cigarettes daily (5.8 percent) or are obese (6.6 percent) or both (6.9 percent).

However, you shouldn’t hurry into getting rid of your standing desk just yet. The findings pertain to people who work in professions that require a high level of standing time, such as cashiers, salespeople, professionals in the service industry, cooks, and bank tellers. This is due to the fact that standing for extended periods of time increases pressure on veins and generates oxidative stress in the body. In addition to this, it has been related to persistent back discomfort as well as musculoskeletal problems that affect the lower limbs.

Okay, so now what? According to recent research, there may be health risks associated with standing and sitting for long periods of time.

There is a straightforward answer for those of you who have jobs that require you to spend the majority of your time on your feet. It’s referred to as a chair. Make sure you give yourself some time throughout the day to relax and put your feet up. In addition to that, stretching is a smart move. If, on the other hand, you spend most of your time sitting down, the recommendation given above is still applicable to you. Find an excuse to get up and move around for at least two minutes every hour, as it is recommended that you do so.

In addition to that, you should make it a point to engage in some form of physical activity for at least half an hour every day. This is sound advice regardless of whether the majority of your workday is spent standing or sitting. According to the findings of a number of studies, individuals who engage in regular physical activity have a decreased prevalence of the aforementioned health issues.

The pursuit of good health in the workplace is becoming progressively more difficult. According to the findings of the study, finding the right balance is essential to a long and healthy life.