An Overview of Trading Based on Price Action 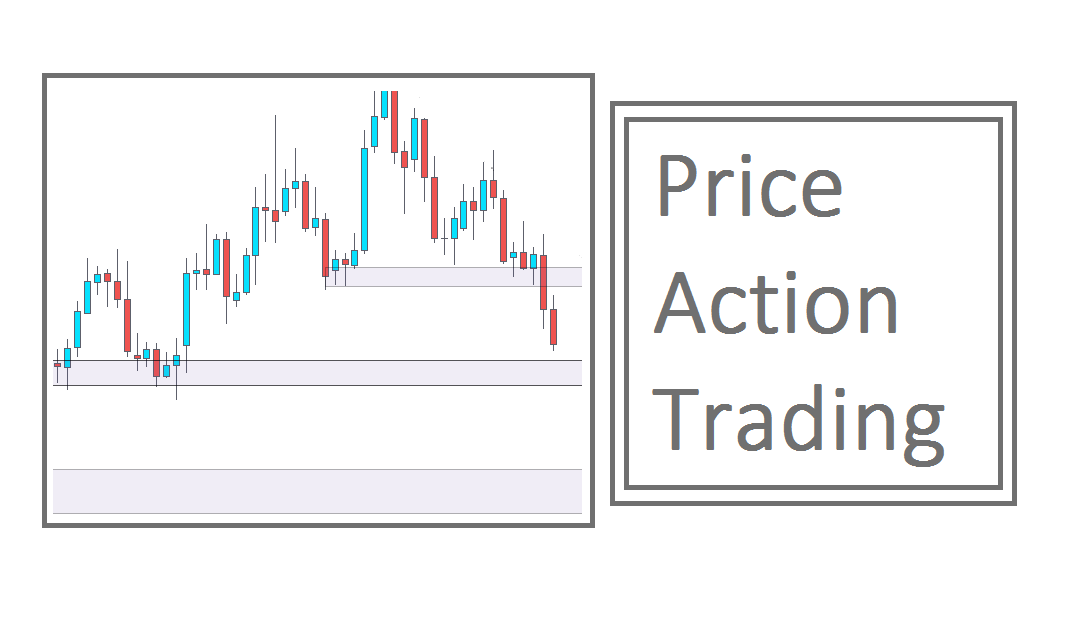 What Does It Mean to Trade Based on Price Action?

Trading Tools Based on Price Action

Both support and resistance are needed

Trading Strategies Based on Price Action

How do you interpret the price action?

In foreign exchange, what does "price action" mean?

Price action trading is a form of day trading in which participants make trading choices based not on indications produced by technical analysis but rather on the price movements of the underlying asset.

Traders might choose to employ any one of a wide variety of alternative tactics. This article will provide you with an in-depth discussion of the sort of trading that you are interested in, as well as some fantastic beginner tactics to help you get started.

What Does It Mean to Trade Based on Price Action?

The changes in the price of an asset might be a factor in the decisions that certain traders make. Following the movement of prices and making trades based on the actions they believe will result in the greatest profits is the basis of price action trading, which may be summarized as follows:

If you do employ technical indicators in your trading, such as moving averages or Bollinger bands, you should give them very minimal weight in the decision-making process. Price action traders, in general, do not utilize these kinds of indicators. Price action traders are those who think that the only reliable source of information is the price of the asset itself, as well as the changes in the price.

If the price of a stock starts going up, this indicates that investors are purchasing it. The next step is for them to evaluate the price movement by considering the intensity of the purchasing, the historical charts, and real-time price information such as bids, offers, volume, velocity, and magnitude.

Investors are concerned when a company loses its profitability or when returns are measured over a period of time that is longer than a single day. Traders that focus on price action are concerned with the price at the moment they are making trades.

Trading Tools Based on Price Action

Breakouts, candlesticks, and trends are some of the most popular trading tools for price action traders. In addition to this, they apply notions such as support and resistance. 1. Traders put these tools and concepts to use in order to build trading strategies that are compatible with their own tastes.

When the price of an asset exhibits a certain tendency, it signals to traders that a new trading opportunity has presented itself if the asset breaks that tendency. For instance, a stock that has fluctuated between $11 and $10 for the preceding 20 trading days suddenly breaks over the $11 threshold. Traders are alerted by this shift in trend that the movement that has been sideways may have come to an end and that there may now be a rise to $12 (or higher) in the works.

The formation of breakouts can originate from a wide variety of patterns, such as ranges, triangles, head and shoulders, and flag patterns. A price breakout does not necessarily guarantee that the price will continue in the direction that was predicted, and in most cases, it does not. This type of market movement is referred to as a “false breakout,” and it creates an opportunity for trading in the opposite direction of the breakout. 2

Breakouts can be of any size you want them to be. Breakouts during an existing trend might present fantastic opportunities for making a profit when you are searching for modest consolidations or brief periods during which the market swings in a sideways direction.

Candlesticks are graphical representations on a chart that illustrate the trend, open, close, high, and low price of an asset. They also reflect when the price was last at its highest or lowest point. Traders employ candlesticks in various techniques. For instance, while analyzing the market with candlestick charts, some traders employ a trading approach known as the engulfing candle trend.

Both support and resistance are needed

In connection with everything that has been discussed thus far, traders employ price support and price resistance zones to locate profitable trading opportunities. Where the price has had a tendency to turn around in the past are regions that act as both support and resistance. It’s possible that such levels will become important once more in the future.

Trading Strategies Based on Price Action

There are many different approaches to trading from which one might pick. The following are some of the most common:

Traders frequently give their techniques names based on the visual that is produced when an indicator is applied to a chart. A rapid increase in the price of an asset after it has hit or come close to its support price, also known as the lowest price that the market would sustain for that asset, is an example of what is referred to as “springing at support.”

The term “inside bars after a breakout” refers to the bar in a candlestick pattern that appears within the range of the preceding bar after a breakout has taken place. The candlestick known as “the hammer” is designed to resemble a hammer. It takes on this appearance as a result of the open, close, and high being located in close proximity to one another, while the low is lengthy and like the handle of a hammer. Traders commonly interpret a hammer pattern as signaling a trend reversal.

The harami pattern is defined by an upward or downward trend with a commensurate fall or increase in opening and closing prices. This pattern can also occur in the opposite direction. Next to it is a smaller candle that has a price movement that goes in the opposite direction of the trend, as well as a smaller gap between the opening and closing prices. In general, haramis indicate a shift in the trend.

Learning how to trade based on price action is something that all novice traders can profit from. Learning to read and analyze price chart movements is in and of itself a trading method. If you want to utilize other types of analytical tools, such as statistics, indicators, or seasonality, this might be of assistance to you.

If you are interested in trading, you just need to become familiar with one trading approach to get started. First focus on making money with the approach you’ve picked before looking into other options. Price action trading is not a foolproof method for making money, but with enough time and effort, it may become a very effective trading technique.

How do you interpret the price action?

You are going to require access to strong charting software in order to read price activity. The majority of brokerages incorporate some sort of charting functionality into their mobile applications and websites. You have the option of using third-party charting software such as TradingView or Yahoo! Finance in the event that you are unhappy with the choices provided by the brokerage.

In foreign exchange, what does “price action” mean?

Trading based on price action can be done just as well in foreign exchange as it can in equities. Both of these markets are subject to the same fundamental laws of supply and demand, and both of these markets give participants the ability to track and analyze market activity using price charts, volume readings, and momentum indicators. Despite the fact that the two markets have a lot of similarities, there are a few key distinctions between them that might influence a trader’s approach. You should never convert from stocks to forex (or vice versa) without first exercising your tactics in a demo account before making the transition.