Apple Watch 6 Vs FitBit Sense Which Is The Better Pick 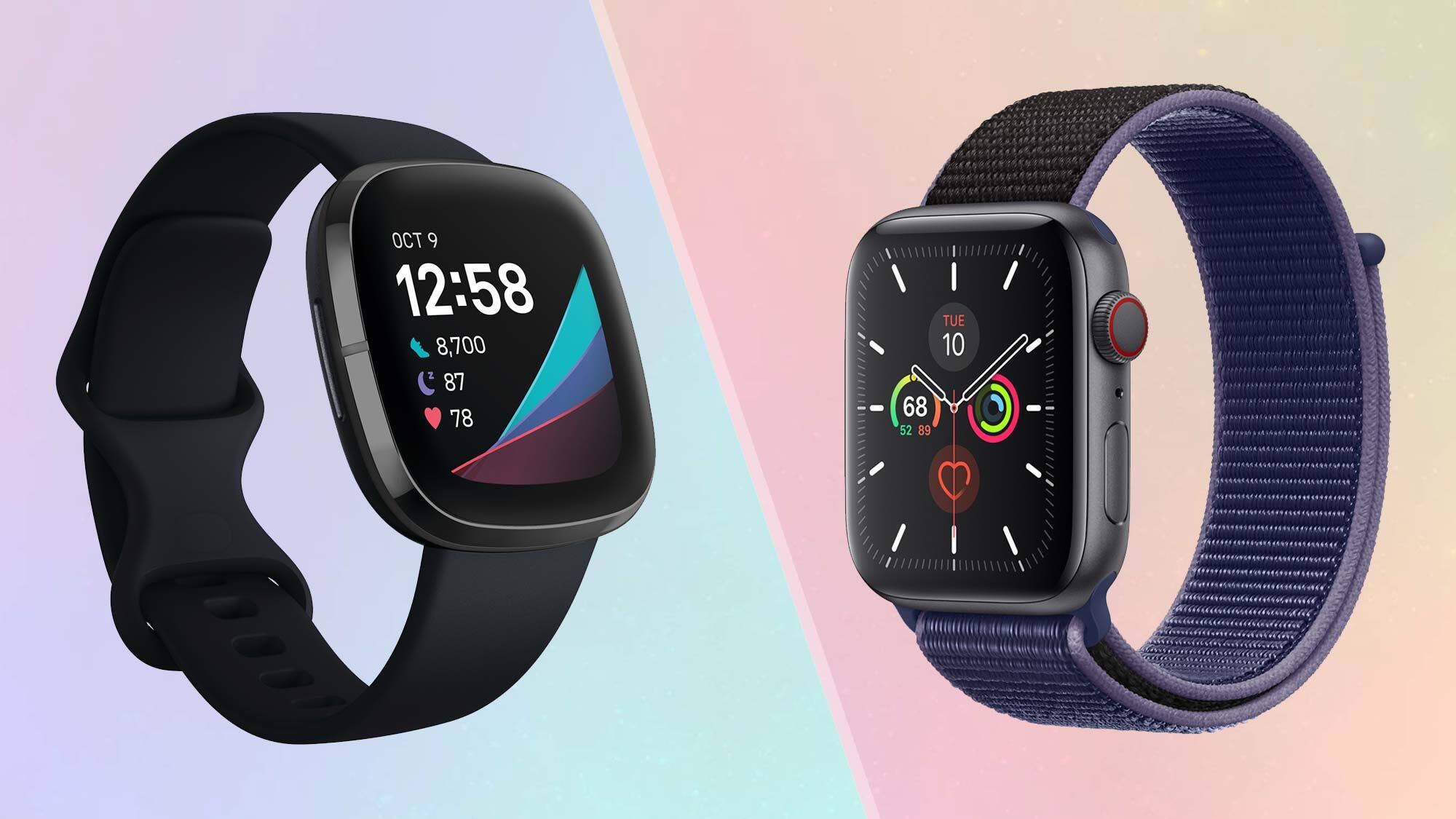 When Were the Apple Watch 6 and Fitbit Sense Released?

What Are the Features of the Apple Watch 6?

What New Fitness Feature Does the Apple Watch 6 Offer?

What Features Does the Fitbit Sense Offer?

Advantages of the Apple Watch 6

The Apple Watch has three drawbacks

The Cons of the Fitbit Sense

Choosing a smartwatch with all of the functionality you require can be difficult. Especially when there are so many options on the market! We compared the Apple Watch 6 to the Fitbit Sense to see which one provides a better experience for smartwatch consumers. Take a look at what we’ve discovered.

When Were the Apple Watch 6 and Fitbit Sense Released?

In September 2020, both of these smartwatches will be available. On September 18th, Apple will debut the Apple Watch, followed by the Fitbit Sense on September 25th. Both brands’ fans were eager to see the new devices in action, and both saw a spike in sales at first. Apple is known for its autumn releases, so it’ll be fascinating to watch how Fitbit responds by releasing just a week after the Apple Watch 6.

What Are the Features of the Apple Watch 6?

Apple Watch releases are closely followed by tech enthusiasts all over the world, especially when it comes to the new features available. You may now enjoy sleep tracking, which has been long delayed for Apple aficionados. Unfortunately, sleep tracking just keeps track of how much time you spend sleeping. It does not provide information about the quality of your sleep. Another new feature is the option to track your handwashing throughout the day, which is very useful given the present climate. With the advent of an SP02 monitor, you can now measure your blood oxygen levels. However, this feature has been accessible on the Fitbit for quite some time, leading us to believe that the new Apple Watch is simply catching up on what they should have done sooner.

What New Fitness Feature Does the Apple Watch 6 Offer?

People who are fit or who want to get fit and measure their progress use smartwatches. As a result, any new device must build on the fitness capabilities of prior models while also introducing new and intriguing features. The Apple Watch 6 has more workout programmes than ever before, allowing you to measure your movement throughout the day. In addition, there is now a useful cool-down tool, which comes in handy after a strenuous workout. Although not a new function, the fall detection tool is worth mentioning in conjunction with the better activity monitoring. An Apple Watch Series 4–7 will aid you in making an emergency call if you’ve experienced a hard fall, such as during a run.

Apple Watches, for example, provide a number of features designed to meet the needs of people with various disabilities. This is especially important to consider because what good is a smartwatch if only a few people can use it?Some of the included features are VoiceOver, Zoom, a large watch face, grayscale, transparency reduction, bold text, motion reduction, on/off labels, mono audio, and haptic choices, including optional conspicuous haptic feedback. The Watch, like other Apple products, may be used right away; simply activate VoiceOver by triple-clicking the Digital Crown, or ask Siri to enable Zoom, then double-tap with two fingers to utilise it. Apple has unveiled a game-changing new accessibility feature designed to help people with limited mobility.

AssistiveTouch for watchOS allows users with upper-body limb differences to use the Apple Watch’s capabilities without ever touching the display or buttons. The Watch can detect minute changes in muscle movement and tendon activity using the built-in motion sensors (accelerometer, gyroscope, and optical heart rate sensor). Pinching and clenching are examples of hand actions that can be used to move a cursor on the screen. AssistiveTouch for Apple Watch allows users with limb differences to accept incoming calls, use an onscreen motion pointer, and access the Notification and Control Centers, among other things.

What Features Does the Fitbit Sense Offer?

The new Fitbit Sense is designed to improve your life both physically and mentally, and it goes further than before in terms of stress reduction. A 5 atm water resistance rating is also a plus. It comes with a companion app that provides basic charts and promotes engagement in order to keep track of your daily progress.

Unfortunately, the best meditation and stress-reduction features aren’t free. You’ll need to keep paying for Fitbit Premium to access the complete array of support. Fitbit is offering a decent free trial to their premium service with each new Sense purchase, so you can try before you buy.

The smartwatch is attractive and comfortable to wear. It includes a large screen, so you don’t have to squint to check your progress throughout the day. The straps are also interchangeable if you wish to change up your style. The Fitbit Sense is purportedly being used to evaluate blood pressure monitoring. In comparison to the Apple Watch 6, the Fitbit Sense (and indeed all Fitbit devices) are lacking in terms of help technologies (“accessibility”) for those users with varying demands. There is, however, the option of using one of two voice assistants. With Google Assistant or Alexa turned on, you can use your voice to get answers, set alarms, start Fitbit workouts, manage smart home devices, and more. You’ll get both text and audio messages.

The Fitbit Sense has a large library of activities to pick from, so you’ll be able to correctly track your workouts. This watch works hard to let you know how well you performed each time, in addition to allowing you to choose the proper programme.

On this watch, feedback arrives in a variety of formats. Many users, on the other hand, appreciate being able to track and comprehend the impact of their workout on their heart rate. This enables individuals to challenge themselves to enhance their aerobic and fat-burning abilities. Consumers have also been thrilled with the new ECG tool, which was introduced in October and is a great addition to the ability to track both physical and mental health statistics.

Advantages of the Apple Watch 6

The Apple Watch has three drawbacks

The Cons of the Fitbit Sense

While both Apple and Fitbit are smartwatch heavyweights, picking a winner proved difficult. Both watches have a plethora of useful functions that make you feel as though you can achieve your objectives if you put up the effort. However, both have shortcomings that you should consider before purchasing; Apple’s poor battery life is a long-standing issue, and their failure to provide further sleep analysis makes us believe that they could still do a lot more. The Fitbit is a fine piece of equipment with some outstanding capabilities, but the need for a subscription to access the good stuff is a turnoff.

Finally, and by a razor-thin margin, we have to declare the Fitbit Sense the victor because the Apple Watch 6 lacks enough new and intriguing functions for us. Regardless of which one you choose, you will be happy with it! Both firms provide a large selection of models to pick from.