At this year's IFA, Garmin will introduce a number of brand new smartwatches; here are all of them 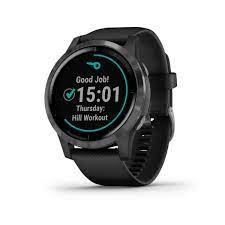 At the beginning of September, Garmin is planning to display at least four new smartwatches at IFA. These devices will come in a variety of designs. This includes the Fenix 6, the Venu, and the Vivoactive 4/4s, as well as the three different Vivomove models.

We had no idea what the corporation had in store for us until quite recently, despite the fact that they had introduced a number of new products at the Berlin convention in previous years. However, there has been a significant increase in the rate of leakage. The most recent information has been provided by Winfuture.de.

We have limited information on the specifications of these gadgets, with the exception of the Fenix 6. Nevertheless, significant information may be gleaned from the photographs. In any event, you should take everything with a grain of salt.

Earlier, we discussed the Fenix 6 in our article. It is anticipated that this one will come in a number of different variants, including the 6, 6 Pro, 6s, 6s Pro, 6x Pro, and 6x Pro Solar.

The watch retains its previous functionality as a hardy all-rounder despite featuring several enhancements over its predecessor. This includes a bigger screen, the most recent Garmin ELEVATE heart rate module, “grade-adjusted pace guidance throughout your exercise,” modified for heat and altitude acclimation, and more. In addition, this offers a number of other features.

Particularly intriguing is the idea of a solar-powered Garmin device, which would be a first for the company. It is currently unknown how this would operate, how effectively it would work, or how much the battery life could be extended using this method. Here are some photos. Others can be found on the winfuture.de website.

This is a sleek and lightweight sports watch that may be worn by either men or women. The new version of the device, in contrast to its predecessor, features two physical buttons, which are designed to make it simpler to interact with the device while exercising.

The PulseOX sensor, a few additional Firstbeat measures, and music storage by default are some of the things that we anticipate the watch to bring to the table, in addition to all that the Vivoactive 3 has to offer. There are also rumors that it could feature an AMOLED display. However, given how quickly the battery drains, this seems quite doubtful.

According to the website Winfuture.de, the Garmin Venu is a device that was created “to revitalize an outdated range of products.” It is a hybrid between a smartwatch and a fitness tracker; its case is 43 millimeters and is made of high-quality material.

Users will receive the standard features associated with fitness tracking, such as intelligent notifications, music streaming, and more. Given their similarities, it’s possible that this is just an updated and more fashionable version of the Vivoactive 4. Perhaps the AMOLED display will come standard with the Venu, while the Vivoactives will continue to use the tried-and-true transflective display that we all know and love.

The subsequent Vivomove is going to be available in not one, not two, but three distinct iterations. Garmin’s Vivomove is the company’s interpretation of the hybrid watch concept, for those who aren’t already aware. These clocks have the appearance of classic watches but come equipped with many of the same functions that are found in modern smartwatches.

It would appear that the Vivomove Style is the most expensive of the three. It comes with a strap and a body that are of good quality. The screen on this model is significantly larger than the one on the Vivomove HR, and it also has color. Additionally, there is Near Field Communication (NFC) for contactless payments, as well as the capability to access GPS on a user’s mobile device.

Both the Vivomove 3 Sport and the Vivomove 3s appear to be the same gadget, albeit in different form factors. They will arrive with a build quality that is not as premium. They also appear to feature a black-and-white display rather than a color one, as can be seen in the two photographs that are located below this one.

This year has seen relatively few advancements made in the realm of fitness trackers. Nonetheless, Garmin has been extremely productive in the production of sports watches. The Forerunner 45 and 45S, the Forerunner 245 and 245 Music, and the Forerunner 945 have all been released recently. Although it is possible that some of the products discussed in this post will not be available in time for IFA, the majority of them most certainly will be. This information should be taken for what it is, which is speculation based on leaks and rumors, as Garmin has neither verified nor disputed any of it.