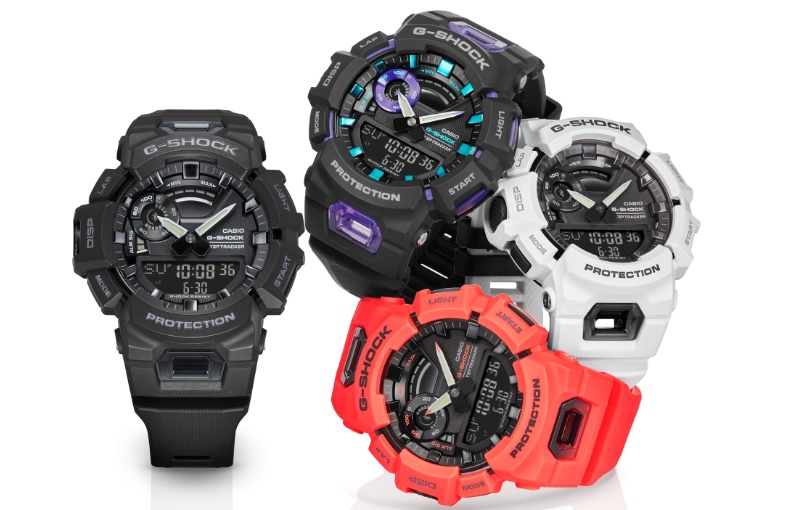 Casio released the G-Shock GBA900 at the end of last week. This is the company’s most reasonably priced fitness monitoring watch, with a price tag of only $130.

The durability of Casio G-Shock watches is one of the brand’s most identifiable characteristics, despite the rather dubious naming convention. In this regard, the G-Shock GBA900 is similar to other models.

The item was constructed to withstand quite a bit of abuse. Because it has a water resistance of 200 meters, it can be used on land and in water. The body comprises a Hollow Core Guard Structure, a proprietary construction that offers protection against impact and vibration. Despite this, the watch boasts a casing that is only 16.6 millimeters thick and weighs a scant 61 grams. The band comprises a pliable urethane material and features perforations for ventilation.

The display combines an analog dial on top of an LCD interface and measures 51.3 by 48.9 millimeters. This is protected from scuffing by using strong glass, which provides additional reinforcement. The LED light that illuminates the face is distinct from the LED backlight that illuminates the digital display. The only thing that is shown on the analog screen is the time.

Because this is an inexpensive watch, its fitness tracking capabilities are restricted. There is an accelerometer inside, but nothing fancy like a blood oxygen monitor or a sensor that measures heart rate.

The G-Shock GBA900 can link to your smartphone’s GPS, making it a valuable accessory for jogging. You will be provided information such as speed, running distance, calories burned, and pace. All this information is viewable after running the G-SHOCK Move app for Android and iOS.

In addition to running statistics, the software on your smartphone displays the total number of steps you take each day. This can also be noticed on the circular indication displayed on the watch’s LCD. The hands are moved away from the LCD with the push of a button, allowing for unobstructed vision.

Other features include a calendar, five daily alarms, a stopwatch with a resolution of 1/100 sec, a countdown timer, and global time for 31 cities. The lifespan of the battery is around two years.

Casio’s website offers the G-Shock GBA900 in a total of four distinct color combinations to choose from. The watch has a price tag of $130, making it the most affordable option in the company’s collection of smartwatches.