Cows will be the first to receive 5G biometric wristbands 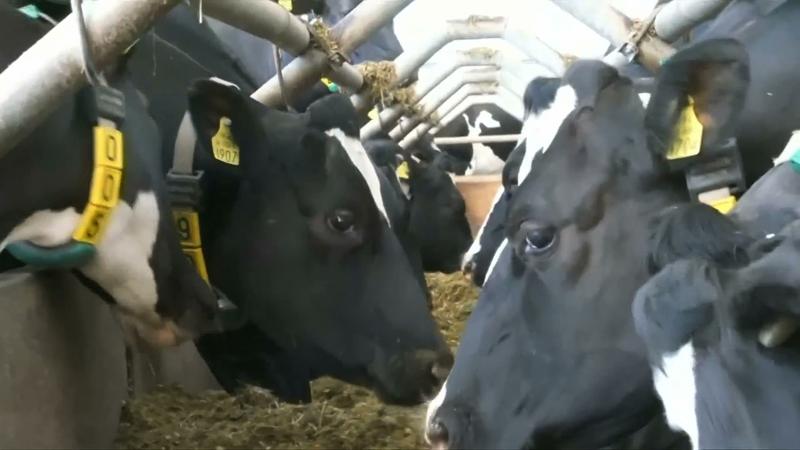 The first 5G biometric wearables go to British cows. Farmers will make use of them to facilitate the modern milking parlor.

Cows will be the first to receive 5G biometric wristbands.

The technology was created by Cisco Systems, according to Reuters. It is made up of smart cow collars that use 5G to communicate with the milking shed. The cow will approach the machine gates, which will automatically open, when it is ready to be milked. The cow is then led to the robotic milking system and rewarded with food by the equipment.

The method is being tested for the first time on a herd of Friesian dairy cows at a British farm in Shepton Mallet, in South-West England. The technology has been installed in about 50 of the 180-strong herd. This also includes ear tags that can detect symptoms of distress and monitor a person’s health.

The UK government-funded Agricultural Engineering Precision Innovation Center has created the $1.36 million farm of the future (Agri-Epi Center). The smart feeding system, automated brushes, and weather-dependent curtain openings are all available to cows who love technology.

You find this odd, don’t you? So, adjust to it, as it’s just a preview of things to come.

The upcoming mobile internet connectivity standard is 5G. The smartphone, tablet, and PC won’t even come close to it. Everything around us will be connected quite soon. from telemedicine, self-driving cars, and smart cities to agribusiness.

There will be astonishing internet speeds. According to estimates, 5G will provide download speeds that are 100 times faster than 4G and roughly 10 times faster than broadband. Additionally, the technology will generate the bandwidth required to establish the “Internet of Things”. It will usher in a time after smartphones.

According to Duncan Forbes, project manager at the Agri-Epi Center, “We are testing 5G’s ability to transfer the data from our sensors much more quickly, and not via the farm’s PC and a poor broadband internet connection.”

The significance of that is that it suggests that this kind of technology could be used across the nation’s rural communities as well as farms.

The bad news is that 5G won’t be available to most people for quite some time, while cows get to lead the technological charge. It began to roll out in the US last year, but just a few locations are currently covered. China, Germany, the UK, and other nations are actively pursuing the deployment of 5G. It will most likely start to truly take off around 2020.

According to Nick Chrosso from Cisco, “We can connect every cow and every animal on this farm.”

“That’s what 5G can do for farming: really release the power that we have here, all over the UK, and all over the world,” the expert said.