Drivers who check their smartwatches while operating a motor vehicle will be subject to a punishment of up to £5,000 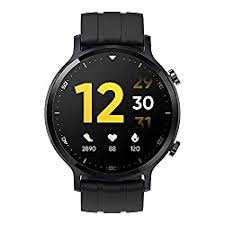 It has been brought to the attention of motorists in the United Kingdom that they will soon be liable to heavy fines if they check their smartwatches while operating a motor vehicle. The new laws are scheduled to go into force in the month of March.

It’s possible that some people are curious about the rationale for this rule. According to the statistics, almost 43 percent of drivers admit to checking their smartwatches while operating a motor vehicle.

When you really stop to think about it, using a smartwatch may pose an even greater risk than using a smartphone. Because these kinds of devices are worn around the wrist, you have to use both of your hands and frequently remove them from the driving wheel to check your notifications. It is possible that this will induce you to take your eyes off the road.

The use of your smartwatch while driving will soon result in a punishment of £100 and three points added to your license. This is in contrast to the current law in the UK, which states that touching your phone’s screen while driving results in an immediate fine of £200 and an increase of six points. That will be the case after the new law is implemented on March 25. The use of a smartphone or a smartwatch while driving is equivalent to driving while not paying adequate care and attention.

There is always the possibility that a skilled attorney could claim that briefly looking at an alert is not materially different from briefly looking at the time. However, if the case ends up in court and you are proven guilty, the fine may reach £5,000, and you might have up to nine points on your license. Driving privileges could potentially be revoked in extreme cases.

You could be looking at even harsher consequences if you caused an accident while you were distracted by your smartphone and driving.

According to a statement made to the BBC by a representative for the Department of Transport (DfT), “if records show you were texting from a watch, you’ve given police enough data for them to be able to charge you.”

A citation can be issued to you even if you are not moving at the time of the violation. When waiting for the traffic lights to change, using the gadget in violation of the law is also prohibited.

It is against the law to use a smartwatch while driving in the United States and many other nations. Legislation in this area differs from country to country. A Canadian student was issued a fine of approximately $300 a short while ago for gazing at her Apple Watch while she was stopped at traffic lights. She claimed in court that the watch was only for the purpose of checking the time. The court disagreed with this and stated that smartwatches are a distraction. He compared them to have a cell phone glued to someone’s wrist.

Therefore, you are informed. Although wearing a smartwatch on your wrist while operating a motor vehicle is not against the law, negligent use of the device could result in a fine. As a result, we strongly recommend that motorists avoid using these gadgets while operating a vehicle, just as we recommend that they avoid using their mobile phones. It is not worth the danger at all, and doing so will make you less of a threat to other drivers on the road.