Fitbit Sleep Score, HRV, and Breathing Rate aren't showing up - there's a remedy for that 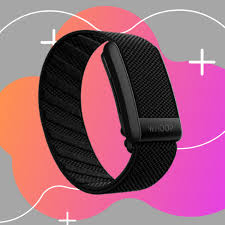 The Sleep Score on Fitbit isn't showing up

The Health Metrics dashboard is missing HRV and BR data

What should I do

For many Fitbit users, an issue appears to have surfaced on June 27th. They’re simply viewing a simplified version of the sleep data. For some, the HRV and respiration rate have also vanished.

In the morning, a typical Fitbit device displays 1a multitude of sleep statistics. This includes information on sleep stages, a Sleep Score, and a lot more. However, there appears to be a glitch that treats long sleep bouts as naps. As a result, users will only receive simplified data. The problem affects both iOS and Android devices

The Sleep Score on Fitbit isn’t showing up

The Sleep Score bug was initially reported on June 27th, and it appears to be affecting many Fitbit customers across various devices. There are numerous complaints on the company’s forums, and a few Reddit threads on the subject are rising by the minute.

Previously, the moderators posted the default remedy for similar issues on one of Fitbit’s forums. In a separate article, we thoroughly review the common troubleshooting processes.

The Health Metrics dashboard is missing HRV and BR data

According to some, even past recorded data for BR and HRV is not accessible. This is not the situation with skin temperature and SpO2 data, which appear to be functioning normally.

What should I do

You might be stuck with simplified sleep data and no HRV or BR information for now. On the other hand, Fitbit is aware of the problem and claims that things will be back to normal tomorrow morning. It was, as expected, a problem on their end.

You can do another thing to try to fix the problem that doesn’t need waiting for Fitbit. The procedure is as follows:

Whether you use this method or not, things should return to normal in no time. Fitbit is working to resolve the server-side issue, eliminating the software/firmware upgrade requirement. Whether this also solves the problem of missing HRV and BR data needs to be seen.