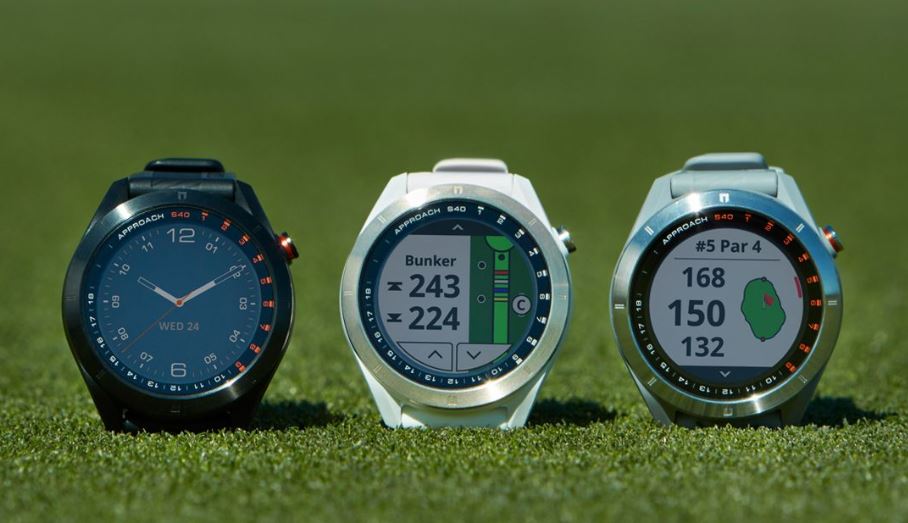 This is where the two watches diverge

Garmin has announced three new golf-specific wearables, all of which include built-in GPS. The Approach S42, the Approach S12, and the Approach G12 are among them.

The three of them have certain similarities in terms of functionality. There are over 42,000 preloaded courses from all around the world, so you can hit the green no matter where you are. The watches connect to the Garmin golf app and are compatible with Garmin’s Approach CT10 club tracking sensor.

Other typical functions are enabled through the built-in GPS. Yardages to the front, center, and back of the green, hazards, doglegs, layups, and more will be provided to players. A handy Green View that depicts the green’s true shape and allows for more precise yardage calculations is also available.

This is where the two watches diverge

The S42, which costs $299, is the most attractive of the three. It has a 1.2-inch color touchscreen display. This distinguishes it from the other models, which only feature a monochrome display.

The S42 can be worn as a conventional sports watch or while golfing. The bands may be readily swapped to make the clock fit any event thanks to the fast release mechanism.

The S42 contains an AutoShot round analyzer that tracks and records shot distances to assist you with your game. Keep it on when you’re not on the course for detailed activity and sleep statistics, workout tracking, and movement reminders. There are also smartphone notifications and vibration warnings to keep you connected at all times.

The battery life is excellent. The S42 can last up to 10 days in smartwatch mode and 15 hours with GPS turned on between charges.

Garmin is the source of this image.

This is a less expensive version that forgoes part of the S12’s superior build quality. Although there is no color display, the $199 S12 does have a larger 1.3-inch screen to compensate.

This should make it readable in all lighting circumstances. If it doesn’t work, you can switch to Garmin’s “Big Numbers display mode.”

Because of the minimalist design, the battery life has improved. In GPS mode, you’ll be able to get roughly 30 hours between charges. That’s twice as much as you’d get on S42. This is the one to choose if you want a longer battery life.

Garmin is the source of this image.

Last but not least, there’s something for people who don’t want to wear a golfer’s watch. When it comes to features, the $149 G12 is nearly identical to the S12. So there’s a 1.3-inch high-resolution monochrome display, a slim and compact design, and 30 hours of GPS battery life.

The gadget differs in the way it is intended to be worn. The G12 has a clip that you can attach to your belt. A lanyard loop is also included to ensure that the entire package is firmly fastened.