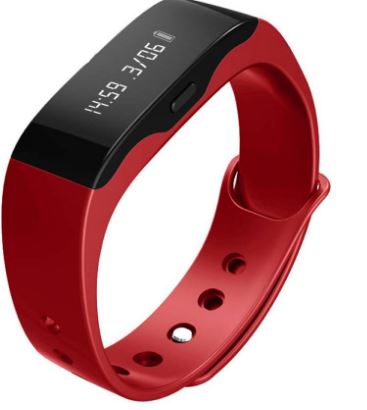 Get is a wristband that was developed to assist in the fight against addiction to screen time. Bone-conduction technology, fingerprint verification, the ability to make payments, voice control, and more are all included.

We spend far too much time in front of displays, whether they be on our mobile phones, computers, tablets, or televisions. This includes all of these devices and more. And let’s be honest here: the vast majority of us are to blame for this. If you spend most of your day looking at screens, you might be interested in a new crowdsourcing effort.

The high-tech wrist wearable known as GetTM is a hybrid device that combines the functions of a smartwatch and a fitness band. The long list of capabilities it possesses is very amazing.

Bone conduction and a microphone built into the bracelet provide you with the ability to read and respond to text messages, listen to audio content, and take and make phone calls in complete privacy. Because this method of transmitting sound to the inner ear relies mostly on the bones of the skull, there is no requirement for the use of headphones, and there are also no cords that can become tangled. You need only bring your finger up to your ear. Because the ear canal is always open, the person who hears can always be aware of what is going on around him.

Additionally, the bracelet is equipped with an NFC chip, which enables the wearer to make payments while they are on the move. You can also choose to save your credit card information in a safe way on the device.

Fingerprint recognition, the ability to receive directions and notifications through vibrations, gesture control for mobile applications, and the capacity to interact with Alexa, Google, and Siri are some of the other smart features included. Because of all of this, the user of the watch should presumably feel less of a need to grab for their smartphone.

In addition to all of these features, GetTM also operates as a fundamental fitness tracker. This is accomplished by the utilization of several types of biometric sensors, such as accelerometers, gyroscopes, and magnetometers. However, there is not a sensor for the heart rate.

The company, which has its headquarters in Italy, has made the decision to construct the wearable so that it does not have a screen or any buttons. The only means of engagement and communication are hand motions, a microphone, haptic vibrations, audible sounds, and light-emitting diode messages.

This is without a doubt an original piece of wearable technology that has the potential to cut down on the amount of time that we spend staring at screens. The campaign just has two more days left before it is over, and it has already handily surpassed its goal of $24,500. If all goes according to plan, backers can anticipate receiving their GetTM in the spring of next year.