How to improve the sound of your Android with Noozxoide: the best app! 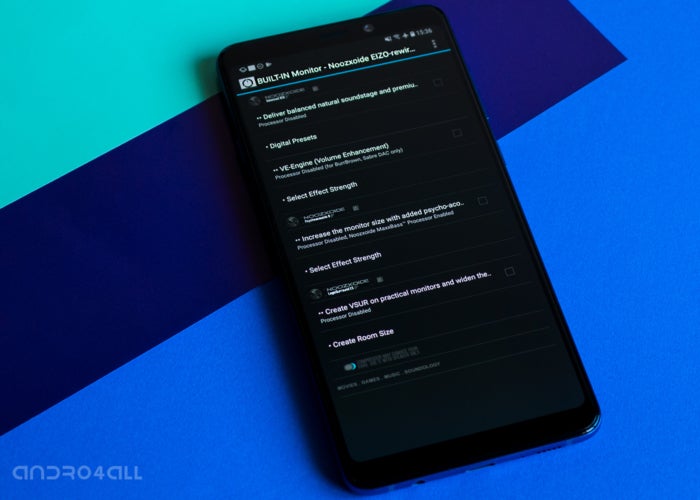 Although more and more importance is given to it, there was a time when smartphone manufacturers set aside the audio quality of their terminals , both hardware and software. Today, luckily, more and more companies give this aspect of the multimedia section the importance it deserves, but it is always possible to squeeze the audio of Android devices even further through third-party applications.

Noozxoide is probably the best application that exists to improve the audio of any existing Android device. In this article, we explain what this tool is for, and how to configure it step by step to get the most out of our terminal in terms of sound.

The people of Dogsbark seem to be as worried as we, or more, about the sound quality of Android smartphones , and that is why they decided to create Noozxoide . Broadly speaking, this tool is responsible for configuring the specific parameters through which to ensure that the sound emitted by our Android terminals is of the best possible quality.

More technically, Noozxoide is a professional audio modulator. According to its creators, the technology that gives life to the application is capable of taking stereo or mono content and using a virtualizer so that “phantom speakers” are created around the headphones, or the place where we are - in case of using the device’s speakers - creating a much more realistic and enjoyable surround experience.

A professional audio modeling processor allows you to play surround sound and high quality content in movies, music or games. Create virtual surround sound without channeling from any audio source, including stereo and mono.

The application is compatible with all Android smartphones as long as they have an operating system version superior to Android 4.0 Ice Cream Sandwich. Therefore, you should not have problems when using Noozxoide in any relatively modern terminal. In addition, it can be downloaded for free , and you don’t need superuser or root permissions to work .

Once the application has been downloaded and installed through Google Play, it is time to configure it to be able to fully squeeze the audio from our Android terminal . Luckily, the process is very simple, and you just have to follow a few simple steps.

First, when opening Noozxoide for the first time we will see a screen that encourages us to choose between the three modes of operation of Noozxoide . They are the following:

Whichever mode is chosen, the application will direct us to its main screen, where the different available configuration options appear . The first one, will be used to activate the operation of the processor integrated in the app and thus improve the audio quality, while the option available just below, houses different predefined settings that we can use depending on the type of audio that you want to achieve .

On the other hand, the VE-Engine option allows you to increase the volume level reached by the device. When this function is activated, a compressor with automatic gain compensation comes into play, which generates a threshold response between -8dB and 0dB. This option is intended for poor audio conditions, or for those devices that include a low-end audio driver.

Although we will have to spend a few minutes testing and experimenting with the different predefined settings, without a doubt the change involved in using Noozxoide is worth it, and much . Those more advanced users and audio sybarites will be able to modify the parameters more thoroughly through the rest of the application’s functions. Finally, it is convenient to comment that, in case you want to use Noozxoide as a default equalizer in the device, you will have to choose the app as the default choice in Settings> Sound> Sound Effects> Choose “Noozxoide EIZO-rewire ™ PRO Series” . It is also advisable to use the Noozy music player, created by the same team of developers responsible for bringing to reality the main app of this guide.