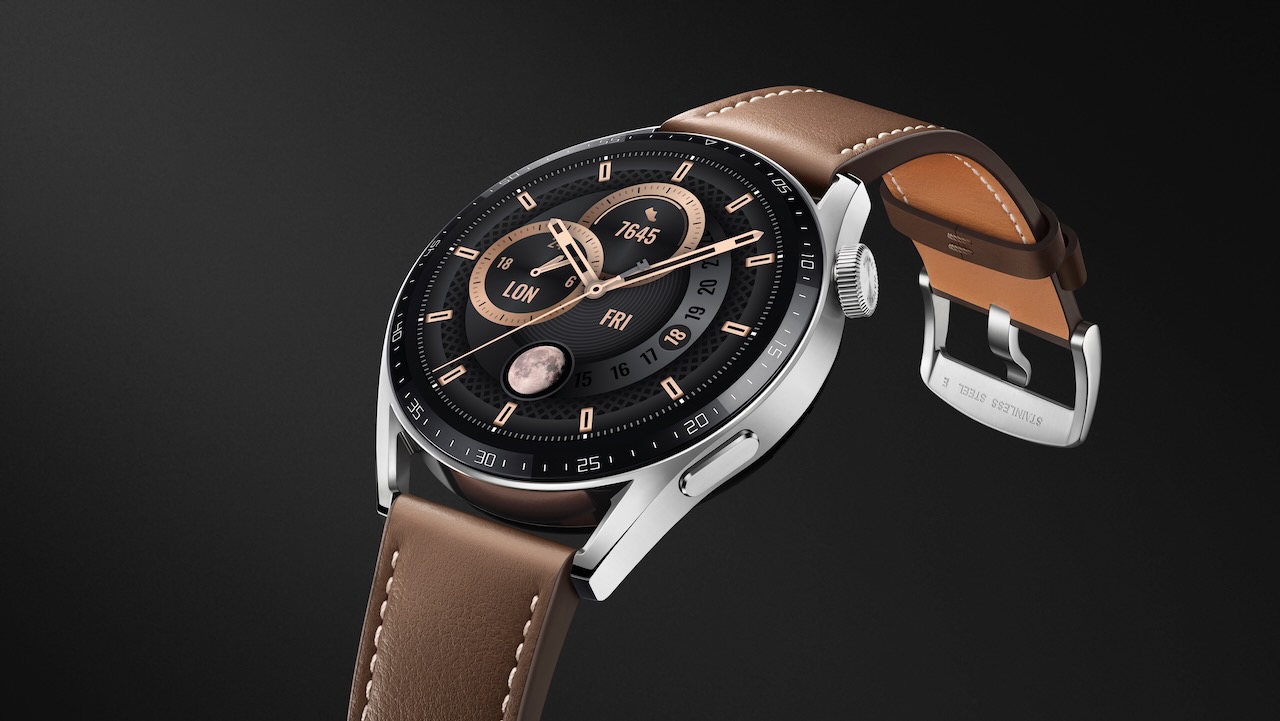 What are the New Features of the Huawei Watch GT3?

At today’s launch event, Huawei presented attendees with its newest and most advanced smartwatch. The Watch GT 3 is packaged with the Nova 9 phone and a pair of wireless earphones referred as FreeBuds Lipstick. The Smartwatches has been updated with a new design and upgraded sensors, with more sports functions and performance measures.

This introduction occurred only about two years after Watch GT2 was first made available to the public. However, throughout this period, we did release a few different versions of the game, such as the GT2 e and the GT2 Pro. The first one had a more athletic appearance and a function that monitored blood oxygen levels. The second iteration features a more robust construction in addition to other enhancements.

This line of smartwatches is Huawei’s most premium offering. There is a display on board with excellent size and a 3D-Glass Super AMOLED display, enhanced water resistance of 5 ATM, 32MB RAM, and 4GB Flash Memory. When linked to a smartphone, users are able to send and receive calls directly from the gadget itself and save music for listening when they are not connected to a network.

An accelerometer, gyroscope, geomagnetic, ambient light, optical heart rate, air pressure, SpO2, and satellite connectivity are included in the list of sensors. This ensures that all of the fundamental fitness statistics, including the capability to track a diverse array of sporting activities, are there. In terms of monitoring one’s health, there are features such as alarms for atrial fibrillation and the reporting of information regarding one’s stress levels.

We now have an updated and better version than the previous one.

What are the New Features of the Huawei Watch GT3?

The circular form and overall appearance of the generation that came before this one have been preserved. On the other hand, a power button and a function button have taken the role of the two traditional physical buttons. One may rotate the crown thanks to the support provided by the upper button. Because of this, the navigation of the menus ought to be an easier and more natural experience.

Huawei claims that it has increased the number of sports modes. At this point, there are over 100 of them, 19 of which are professional exercises, 12 of which take place outside, and 7 of which take place inside. Even though these sensors have been upgraded to the newest generation versions, the number of sensors remains the same. For instance, Huawei claims that its brand-new optical TruSeen heart rate sensor is 96 percent accurate when measured against the Polar H10 chest strap. Monitoring of blood oxygen levels can now be done continuously, rather than just on-demand.

The connectivity provided by satellites ought to likewise be improved. The dual-band five-system GNSS technology found on the Huawei Watch 3 Pro is also included in this watch. This is equipped with the capability to connect to GPS, Galileo, Beidou, GLONASS, and QZSS simultaneously. The fact that GT3 delivers more precise performance measures, such as Vo2Max, a running ability index, recovery information, aerobic and anaerobic exercise impacts, and more, will come as welcome news to runners.

A modernized user interface for HarmonyOS is one of the additional features. For instance, there is a concept that is referred to as the Healthy Living Clover. It functions similarly to Apple Watch Rings in that it informs you of how you are doing concerning your daily activity targets.

The amount of onboard storage remains unchanged at 4 gigabytes, which is sufficient for storing up to 500 songs. The wristwatch does not come equipped with an eSim. Therefore you will need to use a phone that is tethered to it to make or receive calls.

The battery life is essentially the same for both models, remaining at approximately one week for the smaller device and two weeks for the larger one. The Watch GT3 has a high-speed charging capability; a simple top-up that takes ten minutes will add 20 percent more life to the battery.

On November 10th, it is anticipated that official watch purchases will get underway. In some places, you can already place orders for the product ahead of time. The Active, Classic and Elite versions of the 42mm model each cost 329 euros and are available to purchase. The Active and Elite models of the 46mm GT 3 begin at a price of €349.