Instructions for programming and managing alarms on any Fitbit devices 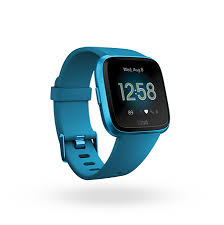 Instructions for configuring and using alarms on a Fitbit

Alarms can be set via the Fitbit app on your smartphone

Adjust your Fitbit alarm using the dashboard on the website

The alarm can be set with a Fitbit on a smartwatch

Setting the alarm using the use of a voice assistant

The procedure for turning off an alarm

This article will walk you through the process of setting the alarm on any Fitbit device. You can use this to shake you awake gently or to bring your attention to anything with a vibration.

Even the more established models of Fitbit come with this capability pre-installed on the device. This is a quiet feature, which means it will alert you to something by using the vibration mechanism included in the wearable. The advantage of this is that if you are sleeping in a bed that you share with another person, it will wake you up without waking up the other person in the bed.

But alarms have a considerably wider range of applications than that. You can use it to remind yourself to drink extra water throughout the day or to refuel at regular intervals while you are out if you set it up properly. You can program alerts to remind you to take your medication or go to the dentist or doctor. You may also remind yourself to charge the wearable by setting the alarm to go off. Your creative capacity is the only thing that might possibly limit the possibilities.

Instructions for configuring and using alarms on a Fitbit

The specific model of Fitbit that you own will determine the method by which you create and manage alarms. You will need to utilize the smartphone app or the website dashboard to manage older wearable devices. Because you can do anything on the device itself, the process is simplified for more recent Fitbit models.

Alarms can be set via the Fitbit app on your smartphone

The alarm on a Fitbit can probably be set in this manner with the least amount of hassle. You have been accustomed to using the application. All that is required is a basic familiarity with their locations to handle the alarms. And it’s not a difficult process.

The following are the stages:

The process outlined above applies to all different kinds of smartphones. However, the procedures must be completed in a slightly different order on devices running Windows 10. In this particular scenario, you have to:

Select the Set Alarm option, then the plus sign (+).

Adjust the timing and frequency of the alert. Your Fitbit data will be saved and synced.

Adjust your Fitbit alarm using the dashboard on the website

Those who frequently use the Fitbit website dashboard will be pleased to learn that alarms can be set and handled through the website. To utilize the function, you will need to:

The alarm can be set with a Fitbit on a smartwatch

There is some exciting news for those of you who own a Fitbit Charge 3, Fitbit Charge 4, Fitbit Luxe, Fitbit Sense, Fitbit Ionic, or one of the devices in the Fitbit Versa series. These devices allow you to set alarms on the device itself immediately.

Setting the alarm using the use of a voice assistant

A Fitbit wrist watch equipped with Amazon Alexa or Google Assistant offers users an additional option for doing various tasks, such as checking the weather or managing smart home devices. In addition to this, you can utilize the voice assistant to manage your alarms. Remember that the alarms you set using this Fitbit app are distinct from the default alarms that are maintained on your Fitbit device.

The following steps need to be taken to set the alarm using Amazon Alexa:

Launch the Alexa application on your smartwatch.

Select the icon that looks like a bell in the screen’s upper right corner. Swipe to the left or right then to switch between the different alerts.

Simply tapping on an alarm will either turn it on or off. You can also accomplish this by verbally expressing your demand.

This is something that can also be done with Google Assistant. You can easily manage your alarms by opening the Alarms app or the Timer app on your watch and doing so from there.

The procedure for turning off an alarm

When the alarm goes off, the Fitbit that is attached to your wrist vibrates and lights. Simply pressing any button on the device will close the window. When using the Fitbit Inspire 2 and the Fitbit Ace 3, you will need to hit both buttons at the same time. Swipe up from the bottom of the display to access the Luxe menu.

If you ignore an alarm for a long time, it won’t bother you anymore once some time has passed. However, after waiting for 9 minutes, it will start working again. Another method for turning off an alarm is standing up and walking at least fifty feet in the opposite direction. On the majority of Fitbits, doing so will turn off the feature.

A word to the wise. The alarm could not go off if your gadget’s battery life were low. Therefore, ensure that the wearable has been fully charged.