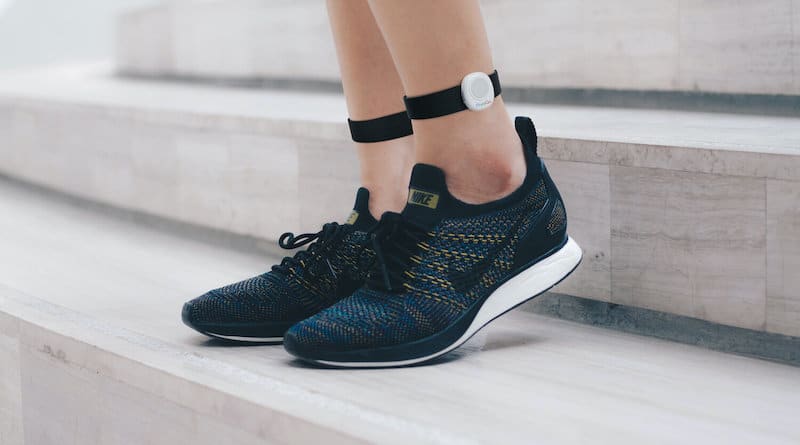 A news release issued by PhysiGo, a company based in the United Kingdom, revealed the company’s partnership with the British Athletics Track and Field Olympic team to develop high-tech, artificial intelligence-enhanced wearable sensors.

The connection is designed to be of assistance to the team as it gets ready for the Olympic Games in Tokyo in 2020. The Running Pod Elite is the name of the apparatus that the British athletes will be using for their training (RPE).

“We are proud to have been chosen after successfully completing extensive trials that meet the exacting standards of British Athletics,” said Luke Sephton-Perrett, the CEO of PhysiGo. “These trials showed advanced monitoring of form and run metrics, insight, and AI-based analysis beyond what has previously been available,” he added. British Athletics will begin using PhysiGo’s technology in the 2020 Olympic Games.

In contrast to other pods, which can be fastened around the waist or to a shoe, these are wrapped around both ankles and function as a pair. They generate actionable data and insights regarding run dynamics by applying more advanced forms of artificial intelligence analysis, which were not previously available outside of a laboratory setting.

This includes information that is extremely precise regarding duration, distance, pace, steps, GPS location, and altitude, in addition to metrics such as contact/flight time, Tibial load, pronation and supination (which refers to the direction the foot rolls when it makes contact with the ground), and toe/heel strike. Up to 16 g’s are accounted for when measuring the acceleration in all three dimensions.

The fact that the trackers are worn on both feet enables comparisons to be made as well as the highlighting of any asymmetries that occur during running. It goes without saying that this is very helpful in preventing injuries and improving recuperation.

“PhysiGo has demonstrated that it is capable of combining product innovation and flexibility in order to meet the stringent requirements of elite performance athletes.”

PhysiGo is currently working on a commercial product, but the pods themselves are not yet available for purchase by the general public. The functionality of what will be called the Running Pod Pro will be fairly similar to that of the Running Pod Elite.

As is to be expected, Running Pod Pro will ship alongside a companion app for use on mobile devices. Training and individual foot data will be shown as charts that are superimposed on maps. These charts will include deep insights and the ability to export to Strava, Garmin, TrainingPeaks, and other platforms.

When it becomes available at the beginning of 2020, the Running Pod Pro will have a suggested retail price of £89.99 for a pair, which is equivalent to approximately $120. You can register.