Polar has added a fitness test to its mobile app, and the company may soon debut the Grit X Pro 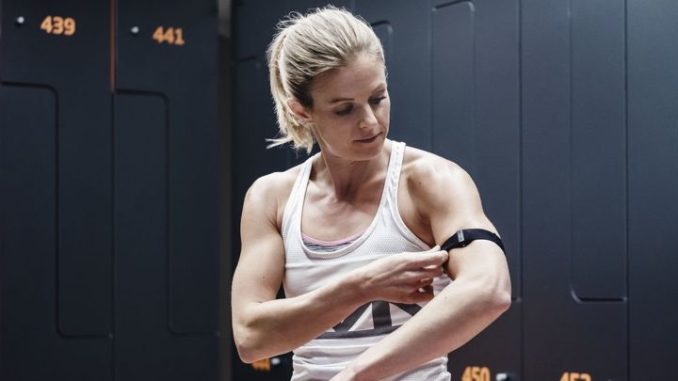 Grit X Pro could be released

The Polar smartphone app now allows users to customize their sleep schedule as well as take Polar’s fitness test from their mobile device. In other developments, a merchant listing for Grit X Pro has been discovered, which suggests that the product may be released rather soon.

A firmware upgrade was required in order to install the updated version of the application. Downloading Polar Flow version 5.6.0 for Android or iOS is required in order to make use of these new features. The feature of modifying one’s sleep was something that was desired by a great number of customers. You now have the ability to manually update the information that is automatically recorded, giving you peace of mind in the event that you discover anything is wrong with the information that is automatically taken.

Polar has been offering a feature known as the Fitness Test for some time now. But up until now, the only way to utilize it was by connecting it directly to a watch like the Polar Unite, Ignite, Grit X, or Vantage V2.

The measure takes a reading of your heart rate while you are at rest for a few minutes in an effort to determine your level of physical fitness. Therefore, there is no need to work out or do anything similar. Your resting heart rate, heart rate variability, and other information are combined with other pieces of data in order to arrive at an estimate of your Vo2Max. This includes your age, weight, height, training history, sex, as well as any other relevant information. Okay, check to see that all of this information is correct.

During our testing for the evaluation of the Ignite smartwatch, we did make use of it and discovered that it was not very accurate. In the tests that we ran, the Vo2 Max figure that it produced was far lower than the number that we received with other devices. It is likely that the corporation has made changes and improvements to its algorithms since then.

To be fair, Polar acknowledges on its website that non-exercise testing may not provide the same level of accuracy as submaximal tests carried out in real-world environments. On the other hand, they offer the “advantage of being straightforward, risk-free, and practical for establishing a baseline and monitoring relative improvement.” which is a valid point.

As a result, you might utilize them to measure development since you’ll be comparing like with like while doing so. Be careful to take the measurement in circumstances that are as consistent as possible; for instance, first thing in the morning after you’ve had some water, before you’ve had any alcohol, etc.

The most recent version of Polar Flow introduces the capability to do the fitness test by directly connecting the app with a Polar HR sensor. Testing and Exercise is the name of the app’s newest page, which was just introduced. During the actual administration of the exam, you will be provided with voice assistance, and the whole process may take anywhere from three to five minutes to complete.

Grit X Pro could be released

In other Polar-related news, it was discovered that a website belonging to a French shop has some information on a product known as Grit X Pro. In addition to that, there is a titanium variant of the same thing that is described. The page didn’t provide much in the way of details, and it was taken down very quickly. The only piece of information that was provided was the cost, which was listed as €499.99.

This could hint that Grit X Pro will be released within the next several weeks. It is expected that any new items will be released before the crucial Christmas shopping season, which begins in the middle of November. This time it begins in November. We investigated the websites of the FCC and many other regulatory agencies, but there was no information about any forthcoming Polar devices to be found.