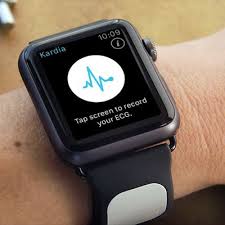 A paradigm shift for the field of wearable technology

Positive results from the initial round of human tests

Rockley Photonics has provided a promising second release of their ongoing studies. Following the human testing of the core temperature capabilities of their spectrometer-on-a-chip technology, they’ve now finished the blood pressure research. Both were met with success

A paradigm shift for the field of wearable technology

The novel sensor platform has the potential to change wearable technologies. The corporation has more than 120 patents under its name and several hundred million dollars in funding.

The Rockley Photonics hardware is now participating in clinical testing with humans. If things go well, a commercial launch is scheduled by the end of 2022. The ultimate goal is to design something that can be incorporated into wearables the size of a smartwatch. Something that, when worn on the wrist, can precisely monitor a person’s core body temperature, blood pressure, body hydration level, alcohol levels, lactate levels, glucose trends, and a great deal more. It sounds too good to be true.

Rockley sensors can track higher wavelengths on the invisible spectrum in addition to the visible spectrum, which is the primary distinction between them and the currently available technology. To this goal, they’ve managed to compress a normal spectrometer to something that accurately functions and can fit within a smartwatch.

If you have doubts about the tech, it has been discovered that Apple is Rockley’s top customer. Several different brands, such as Samsung, Zepp Health, and Withings, have been linked to the corporation.

Positive results from the initial round of human tests

Rockley has been conducting human testing for the past few months. Measurements of the subject’s internal core temperature came first on their list of sensors. The company issued a press statement in December 2021 announcing that the first stage of their studies examining these kinds of readings utilizing their non-invasive biomarker sensing platform had been finished. The investigations had been using their platform.

The results reveal that photonics sensor results closely match reference sensors in the form of digestible temperature tracking pills. In point of fact, the readings of Rockley’s core temperature more closely matched those measures than the results of routinely used auxiliary sensors like oral, ear, and infrared thermometers.

Have a look at the table down here. Compared to the reference temperature readings that are represented by the straight line, the readings from the Rockley sensor are shown to be more precise and have a more uniform distribution.

It’s interesting to note that the spectrophotometry monitors relied on information about water absorption to arrive at these measurements for the core body temperature. The laser wavelengths can detect different absorption fingerprints, and these characteristics depend on temperature.

The presence of water greatly aids the process of blood temperature control. When the blood vessels at the surface of the skin dilate, this causes the blood to move closer to the surface, which results in sweating. It cools the body down by facilitating heat transmission from blood plasma to the external environment.

When our body’s temperature rises and falls, the amount of hydrogen-bound water molecules in our cells either stays the same or changes. Rockley sensors are equipped with the capacity to read the water absorption peak to arrive at an accurate assessment of the temperature of the body’s core.

Current gear that works from the wrist does not truly have the ability to measure core body temperature. Instead, it detects skin temperature, which is significantly less beneficial. Fitbit is a wonderful example of this. They track fluctuation in skin temperature on a range of their equipment. It’s better than nothing, but not truly perfect.

The Rockley sensor can detect a great deal more. Not only does it monitor the temperature of the center of the body, but it does it consistently and exactly.

The recommendation also applies to the patient’s blood pressure.

Rockley announced a few days ago that the initial stage of testing the blood pressure measures had also been finished, and he was pleased with the results. Just like temperature readings, these have passed with flying colors.

PPG sensing was used to measure about forty participants’ blood pressures while utilizing the VitalSpex platform provided by the testing organization. During the course of the pilot study, a total of 480 readings were taken, and the results were compared to those obtained from a conventional blood pressure monitor to determine how accurate they were.

The fact that Rockley’s system does not need to be calibrated is undoubtedly the most valuable aspect of the product. Samsung has developed its own wrist blood pressure monitoring system to refresh your memory. But not only does it fail in accuracy, but it also requires occasional calibration with a regular blood pressure cuff.

These are merely the first in a series of human trials the company is planning. It is hoped that the others will also achieve the same level of success. Imagine something that you could wear on your wrist that would be able to continually and non-invasively monitor your blood pressure, hydration levels, alcohol consumption, lactate levels, and glucose levels, among other things.