Sequent has received regulatory permission for the Titanium Elektron, and virtually all of the orders have been shipped to backers 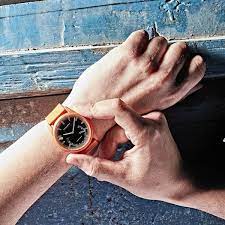 There is one aspect of the Apple Watch that is really frustrating despite its many positive qualities. You are required to give it a charge every other day. There isn’t a single person alive who enjoys fumbling around with wires and worrying about when the device they’re wearing on their wrist will run out of juice. Because once it does, it is nothing more than an inert piece of metal that serves no use resting on their wrist. But if you had a smartwatch that never needed to be recharged, what would you do with it?

One is currently being developed by a group based in Basel, Switzerland. Titanium Elektron is a smartwatch that uses gravity as its power source. It is not the first product of its sort or the company Sequent to release, but it is a new and enhanced version of the product.

What exactly do we mean when we claim that it does not require charging at any point? Sequent has devised a method for transforming the kinetic energy created by your movement into electrical energy. This eco-friendly method of charging grants you complete independence from the grid.

As long as you wear the timepiece frequently, it will continue to function properly. The technology that allows the watch to automatically charge itself is activated by a moving weight that oscillates inside the watch. Additionally, the watch has a standby time of more than a year after the internal cell is completely charged. The user can use a charging dial that is permanently displayed on display to monitor the battery’s current condition.

Additionally, a substance known as Swiss Super-LumiNova is placed on the dials and hands of the watch, which are translucent. With this Swiss Super-LumiNova, the watch can store sunlight and artificial light within the pigment, which enables it to glow in the dark for an extended period of time for the always-on display.

Titanium Elektron is an adequate buddy for your training routine around the clock. It monitors your activity and your sleep, heart rate, blood oxygen levels, and other vitals. The watch even has the capability to connect to the GPS of your smartphone, allowing for more accurate tracking of activities that take place outside.

Titanium Elektron doesn’t have any sophisticated health monitoring features, but it does cover all the essentials. The Oxygen app allows users of the gadget to synchronize their data with the device to gain insights into trends.

It goes without saying that there is cutting-edge technology included, as one would anticipate from a Swiss watch. The mechanical components have a precision that is ten times higher than that of a Swiss chronometer that has been certified. Because there is no friction involved in the movements, there is no noise produced.

The construction is of the same high quality despite having only eight parts and being devoid of gears and screws. Titanium Elektron has constructed out of Grade 2 titanium, which contributes to the device’s 5 ATM rating despite its incredibly lightweight nature (55 grams). The screen is guarded by a sapphire crystal, one of the most durable and scratch-resistant materials available, which is also one of the hardest substances in the world. In a plant in Switzerland, everything is put together by hand after it has been hand-assembled. As can be seen in the photographs, the product has a really appealing appearance.

Around 2,500 donors contributed more than one million Swiss francs to the Kickstarter project that was designed to make the watch a reality. There were a few different alternatives to pick from, including one with a heart rate monitor and one that did not have one, and an edition with a NASA theme.

Sequent has stated that all backer rewards, with the exception of 280 pieces, will be delivered by February 18th. Due to delays in getting certain parts, the outstanding orders will be fulfilled by the middle of March at the earliest.

The watch is available for purchase through the company’s online store (sequentworld.com). There is a restricted quantity of goods that may be purchased right now.