Taking a Look at The Tag Heuer Connected Modular 41 Smartwatch 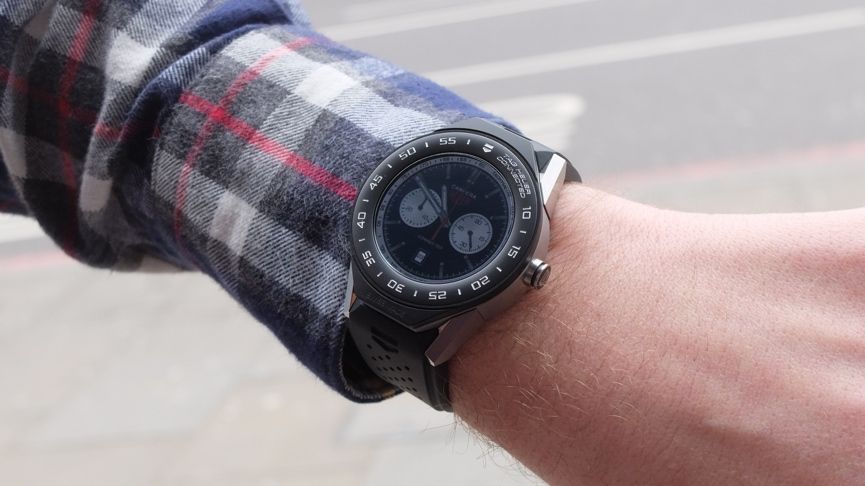 Which Benefits Are the Most Important?

The Tag Heuer Connected Modular 41 is a smartwatch that combines state-of-the-art Google technology with the handiwork and style of a luxury watch. As you might expect, the cost of this smartwatch is commensurate with its caliber. Let’s take a more in-depth look at this incredibly fashionable and cutting-edge Wear OS smartwatch.

Pixel density has been raised, random access memory (RAM) has doubled, and onboard storage has increased by one hundred percent. It is also 4mm smaller than its big brother, making it an excellent alternative for those who have narrow wrists. However, the Modular parts remain the same as the 45, which means that the lugs and strap may be removed and interchanged to suit your personal style and mood.

This smartwatch comes equipped with a variety of capabilities, including Near Field Communication (NFC) for paying bills and GPS for navigating. The heart rate tracking is not included, which is a massive disappointment for people interested in fitness and searching for a wristwatch that can do everything. Most of the gadget’s competitors employ Qualcomm technology, but this one has a fast Intel Atom processor. That being said, this device is still competitive.

We recommend purchasing it because the RAM and onboard space are so great with this model. You receive 8 GB of memory and 1 GB of RAM with this model, which means that you have plenty of room for storage on your wrist. If you want to listen to music while you’re moving around, you can connect to your Bluetooth headphones as an additional alternative.

However, this watch’s AMOLED sapphire crystal display is likely the most impressive aspect of the timepiece. This display is resistant to scratches and provides an excellent resolution, resulting in even clearer graphics. The screen on this model has increased its brightness, making it much easier to view even when the device is being used in intense sunlight.

This watch has really grabbed that concept and run with it, which is fitting given that the Apple Watch was designed from the ground up on the concept of customization. Compared to larger smartwatches, the Modular 41 has a more understated design, yet, it makes no concessions when it comes to fashion. This watch allows you to personalize its lugs, bezel, and band by selecting from a selection of accessories. This allows you to adapt your watch to suit your current disposition or clothing. In spite of the fact that it is constructed out of a number of different parts, the watch is incredibly sturdy and has an excellent surface polish.

This gadget comes with Google Fit and Fit Workout already pre-installed, allowing you to easily keep tabs on your daily step count and record a diverse range of workouts, from traditional cardio sports like running and cycling to less common pursuits like meditation. The fact that Google Fit is even effective in counting your reps in a precise manner is something that gym rats would find helpful. In addition, you’ll find that there are daily challenges for squats, sit-ups, and press-ups, each of which offers a choice of three different levels of difficulty. It is also possible to set up different exercise programs developed by third-party companies.

Which Benefits Are the Most Important?

There are two primary competitors to this smartwatch, the most significant of which is the Apple Watch. For a number of years now, Apple has been years ahead of the competition in the industry of smartwatches, and at this point, there is simply no other option for people who have iPhones. Apple users can take advantage of an experience that is both seamless and exceptional because of the ease with which the watch may be connected to the user’s smartphone and some functions that are exclusive to the watch.

The other significant opponent is the Garmin Fenix 6x Pro Solar, a product built to a very high standard and intended for individuals who are serious about sports and leading an active lifestyle. This Tag Heuer Watch can be beaten in terms of sports tracking, battery performance, and connectivity thanks to its quality finishes, which also make it a competitor to other luxury brands.

The Tag Heuer Connected Modular 41 is an excellent option to go for if you want a luxury watch that is also of high quality and can be worn in a way that is both comfortable and fashionable. This device’s adaptability is one of its most vital selling points; nevertheless, users should be aware that its battery life is concise and that it does not include a heart rate monitor. This watch is quite pricey, so if your primary goal is to track your fitness, you might be better off purchasing an Apple Watch or a Garmin Watch instead. On the other hand, if you’re looking for a quality device that also has spectacular pleasing aesthetics, it’s going to be difficult to top this Connected Modular 41.

When we have all of this information at our disposal, we will be able to provide you with an accurate assessment of the benefits and drawbacks associated with each device.