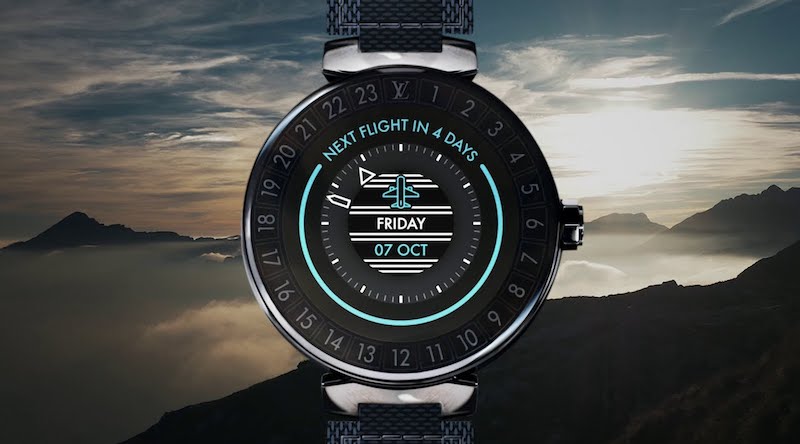 Luis Vuitton was one of the first firms to introduce a smartwatch with the new processor when Qualcomm unveiled the Snapdragon Wear 3100 in September. Thanks to its FCC filing, we now know additional specifics about the impending product.

The watch will be available in two variants, the QA05 and QA08. These two watches can be different timepieces or variations of the same model. The filing indicates the watch will be distributed globally because it lists a number of distribution areas, including the US, Canada, South Korea, Australia, and more.

The yet-to-be-named watch has a circular case, just like its forerunner. It is 52.35 mm tall and 47.59 mm wide (including the crown) (including the lug ends). That’s rather large for a smartwatch, so people with thin wrists probably shouldn’t wear it. Both Bluetooth and WiFi were put through FCC testing. NFC and GPS are not mentioned, though.

If a smartwatch from Louis Vuitton sounds appealing, you might want to start gathering your pennies right away. The Connected Tambour Horizon from the French fashion label, which specializes in high-end watches, costs a whopping $2,450.

The new Wear OS device will likely be in stores before the holiday sales now that it has received FCC approval. As soon as we learn more, we’ll update this article.