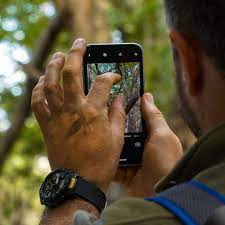 Casio has introduced a new smartwatch that is more or less new to its lineup of offerings. Even though it has a catchy name, the ProTrek WSD-F21HR comes with a new feature that most of its competitors already offer.

Those that live an active and adventurous lifestyle are the target audience for the ProTrek product line. The watches monitor a wide variety of activities, including cycling, climbing, running (on both roads and trails), and more. The one thing that stood out was that none of these devices came with a heart rate monitor.

This is finally going to be remedied with the Casio ProTrek WSD-F21HR, as may be inferred from its name. Because of this, it constitutes somewhat of a significant development for the organization.

The Wear OS device is now a far more worthy competitor in the market for outdoor smartwatches as a result of the addition of the heart rate sensor. We refer to this watch as being “new (ish)” despite the fact that it is actually an updated version of the WSD-F20 that was released in 2017.

In order to determine the wearer’s heart rate, the WSD-F21HR, just like a large number of other fitness trackers and smartwatches, shines an LED light on the wearer’s wrist. Once the information has been gathered, it is shown in one of five different heart rate zones. Obviously, the Casio smartphone app has been upgraded so that it can now present this information. You can also accomplish this goal with the help of the Google Fit app, in addition to other third-party applications like Strava, BikeMap, and ViewRanger.

Casio has also added a whole new watch face called Heart Rate to their lineup. When there is motion detected, it will switch to the screen that displays the heart rate monitor automatically.

The functionality of everything else has remained essentially the same. The WSD-F21 HR comes with an integrated GPS and offline maps, resistance to water up to 5 ATM, and a great deal more; all of these features are bundled into a gadget with the durability required for military use.

You also get the same 1.32-inch dual display, which allows you to conserve battery life by using fewer of the device’s capabilities. The battery life of the device is approximately equivalent to a day and a half when it is subjected to typical use.

The watch, which costs $499, will be made available in September on the website of Casio as well as at select shops. It will be available in both black and red as an option.