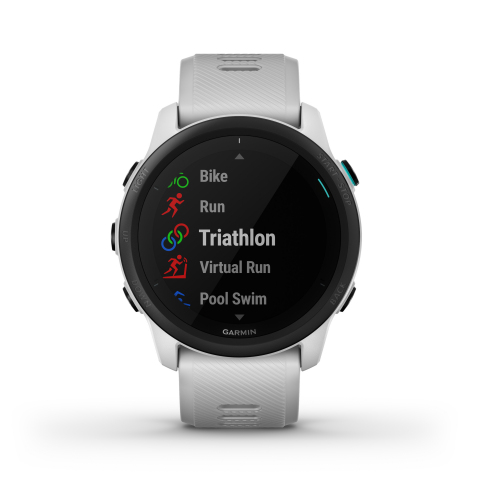 Should I go ahead and purchase a Garmin Forerunner 745

When developing the Forerunner 745, Garmin’s primary focus was on reducing the size of the device’s housing while maintaining the same level of performance as its predecessor, the 735XT. It is true that it comes equipped with a greater number of sensors, such as a pulse oximeter, and intelligent features, such as inbuilt storage for music and contactless payment options.

You get an accurate device for individuals who participate in activities such as jogging, swimming, cycling, and even some indoor activities like rowing, just like its sibling devices. You are provided with many metrics both before and after your workout when you use the Forerunner 745. Additionally, support for other applications and sensors can be located in the Connect IQ store. The addition of music and payment capabilities positions it as the only smartwatch to those that are comparable in price and function. In addition, it is compatible with any iPhone or Android device.

The Garmin Forerunner 745 is an example of a watch that lives up to its name. Unfortunately, it may benefit from a longer battery life considering the price, or alternatively, it could be cheaper to make up for this shortcoming.

It has a water resistance rating of 5ATM, which means that you may wear it when taking a shower or while swimming. Additionally, it comes with an interchangeable wristband made of 22 mm silicon.

Whitestone, magma red, black, and neo tropic are the four color options available to customers that want a choice.

It has a 1.2-inch display with 240 x 240 pixels, which means that its dimensions are the same as those of the Forerunner 245 but not those of the Venu. As you have expected from Garmin, it features five tactile buttons.

In the end, the classic design of the Garmin watch will not undergo any significant transformations. And why should they when the versions that came before it are perfectly functional?

To begin, you will receive GPS, GLONASS, and Galileo so that you can accurately track your activities in the great outdoors. In addition, you can upload a route in advance of your ride by using Garmin’s in-built route finder, Koomoot, or Strava. You can also utilize the navigation tool known as TracBack to help you find your way back home.

The second piece of equipment is a heart rate monitor called the Garmin Elevate. Connectivity via ANT+ and Bluetooth may be found on the device’s rear. These allow you to easily pair other devices, such as the Garmin HRM straps or the Varia. Even more so, Garmin watches now come equipped with a SpO2 sensor, which used to be an optional extra but is now a standard feature.

The new running mode enables users to keep track of their runs in terms of athletics. In addition, there is cycling both inside and outside, swimming both in open water and in pools, and triathlons. Additionally, there are still more. Skiing, yoga, and hiking, to name some.

An Example of the Garmin Triathlon App

The Forerunner 745 feels like an upgrade when compared to the Forerunner 735XT since it has extra sensors that provide better and more accurate data. For instance, you will see “Load,” “Load Focus,” and “Training Status,” which indicates that you will know if you are striking the appropriate balance during your workout. However, we are not quite there yet. You will also receive data on your acclimation to the heat and altitude, which will inform you how effectively your body is adapting to the demands that the environment and the terrain are placing on it. A particularly taxing workout will determine how much downtime is necessary to ensure adequate recovery. After you have done so, it will inform you of this fact.

Another significant improvement that was made to the software was the inclusion of Suggested Workouts. Designed mostly for runners and cyclists and offers workouts tailored to your current fitness level.

This operates by scrolling from the watch face to the widgets on your watch. Your recommendations will be shaped by what has proven useful to you throughout your training. In addition, you have the option to perform the workout at any point during a session, and the program will inform you whether or not you have achieved the desired pace or distance.

The experience of using a smartwatch is, on the whole, satisfactory. You will receive notifications for both Android and iPhone, but the functionality is superior for Android.

The app store is still not particularly innovative, but there is a separate app called Garmin Connect IQ, which is where all of your data is stored. Additionally, you have the ability to change the face of your watch and select widgets from a vast array of available options on this screen.

A new safety feature, fall detection, is included in the Garmin Forerunner 745 smartwatch, much like it is in the Apple Watch. However, in order for it to function properly, you will need to have your phone nearby.

In terms of its battery life, the Forerunner 745 will last you a week if you use it in smartwatch mode, but it will only last you six hours if you use it to track your whereabouts using GPS while listening to music. However, if you turn off the music, you can keep the GPS on for up to 16 hours. This is not that unlike any of the other installments in the Forerunner series.

However, if you compare it to the Fenix 6, you will notice that it does not have an option for managing power consumption. Taking into account that you can obtain a longer battery life for a lower price, this is undoubtedly something that Garmin will want to address.

Should I go ahead and purchase a Garmin Forerunner 745

The Forerunner 745 is the right choice for you if you are interested in receiving comprehensive training data as well as recovery recommendations. Additionally, if you already own a 735XT and are considering an upgrade, do it; you won’t be sorry, as the new features and capabilities are beneficial. Runners, swimmers, and cyclists can count on Garmin to provide accurate statistics because Garmin is known for its accuracy.

If, on the other hand, you are seeking something that has a long battery life, you should know that it is possible to discover a watch that has superior endurance for a lower price. Therefore, the Forerunner 945 is the better option for you to go with if you are able to afford it.