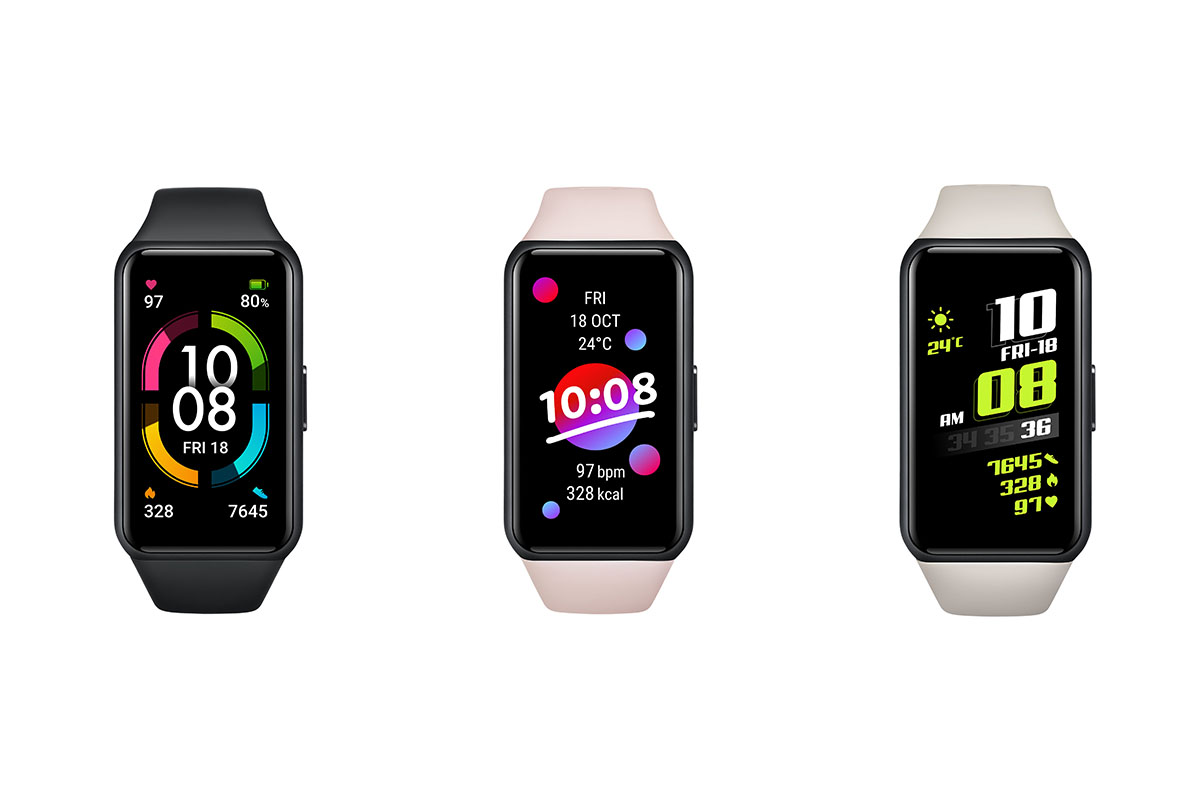 The Honor Band 6, which has a large screen display and a slew of fitness features, was released worldwide today. The price is €49.9, and it will be available for purchase on March 28th.

Because of the way the Honor Band is built, many people prefer it to the Mi Band. In 2019, a SpO2 sensor was added, as well as the ability to track weariness and listlessness, warn of poor sleep, and diagnose hypoxemia dizziness.

Over the last year, we’ve also seen Band 5i, which is an iterative refresh of Band 5. This is a less expensive version with a slightly larger display, a shorter battery life, and no NFC. The method by which you recharge the band has changed significantly. No cables are required to charge the Honor Band 5I when it is plugged directly into a USB-A charging port.

Honor Band 6 was supposed to be released in the summer. However, it appears that the coronavirus crisis has caused a delay. Finally, the wearable was released in November in its home market. The first time the wearable was shown to the world was at CES 2021, and you can now buy it outside of China.

A full-screen experience is included with the gadget. To put it another way, the screen takes up nearly the whole surface area of the main module. The previous model used a 0.95-inch AMOLED touchscreen display with a resolution of 240 x 120 pixels. The new one features a 1.47-inch display with a resolution of 194 x 368 pixels, which is significantly larger. This is shielded by 2.5D glass. In some ways, it resembles the Honor Watch ES, but the strap is thinner, making it appear more like a fitness band.

A large display helps you to see more information, making it easier to use. Most people would agree that this is a positive shift.

With a full-screen display, the Honor Band 6 blurs the line between smartwatches and fitness trackers.

Another feature is that you can use gesture navigation to interact with the device. This is a feature that is already available on some devices. There’s also a touch screen for navigation and a single physical button to wake the tracker up.

Other features include an accelerometer, gyroscope, blood oxygen saturation, heart rate, sleep, menstrual cycle monitoring, and more, as well as the standard fitness tracking sensors. The Honor Band 6 has ten sporting modes, six of which have auto-recognition.

A voice assistant, music control, notifications, and an NFC chip for contactless payments are among the smart features. All of this is possible thanks to Bluetooth 5.0 support.

The battery life is adequate. For up to two weeks, the 180 mAh lithium-ion battery will keep everything running. It only requires a ten-minute charge to keep it working for three hours.

In general, the Honor Band 6 appears to be a good fitness band. The small display is a drawback for many similar products. Honor Band 6 makes a significant contribution to fixing this issue. It really blurs the line between fitness bands and smartwatches in terms of screen quality and size.

We’ve received the new device in our hands and will be doing a complete review in the coming weeks. In the interim, check out this page for some Honor Band 6 images.

Meteorite Black, Coral Powder, and Seagull Gray are the colors available for the fitness tracker. Honor has kept the pricing as low as possible, costing only €49.9. It will be available for purchase on AliExpress starting March 28th.