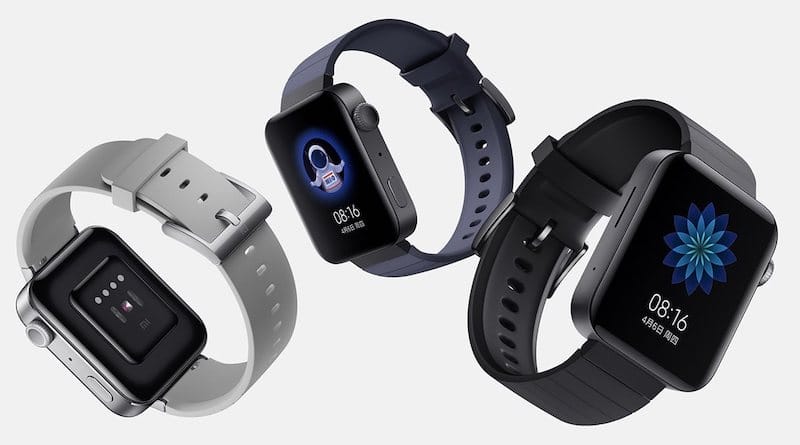 Starting tomorrow, Xiaomi is going to begin rolling out the second software update for the Mi Watch. This adds the Body Battery function, which tracks stress throughout the day and more besides.

The announcement about the over-the-air refresh was shared on Weibo the day before yesterday by the general manager of the company, Qu Heng. It will begin to roll out tomorrow, on the 17th of January, and should reach all users by the 22nd of the same month.

According to the company’s official note, the update will make the Body Battery function available when it has been installed. You can get an idea of how much energy your body has by using our Firstbeat feature, which takes into account your stress levels, heart rate variability (HRV), how well you slept, and how active you were during the day.

Aside from that, the update will allow users to monitor their stress levels around the clock, and it will also include breathing exercises to help them relax. The log indicates that the final adjustment is related to notifications in some way. When a message comes in, the screen will immediately light up and show what the message says.

This most certainly appears to be an important upgrade. It is a follow-up to a refresh that was released at the beginning of December. This one made some improvements to pairing and notifications, and it also saw the release of the Xiaomi Wearable App for iOS.

The Mi Watch is currently only sold in China for the time being. A recent Bluetooth certification provides some evidence that this may not be too far off, despite the fact that Xiaomi has not disclosed when it will distribute the device on a global scale.

The device has a similar appearance to the Apple Watch and operates on a modified version of Wear OS. It supports eSIM cards, 4G LTE, near-field communication (NFC) for making payments on the fly, GPS, a voice assistant, and a multitude of fitness sensors. Everything runs on Qualcomm’s Snapdragon Wear 3100 processor, which has 1 GB of RAM and 8 GB of storage space.

The company just revealed the next generation of its Mi Watch product. This one, which is known as the Mi Watch Color, does not resemble the Apple Watch in any way and has a circular form factor. The cheery-looking clock gives the impression that it is aimed more toward younger shoppers and fashionistas than it is toward die-hard fans of fitness technology. Most of the intelligence features from the Mi Watch are included, although eSIM support is missing.