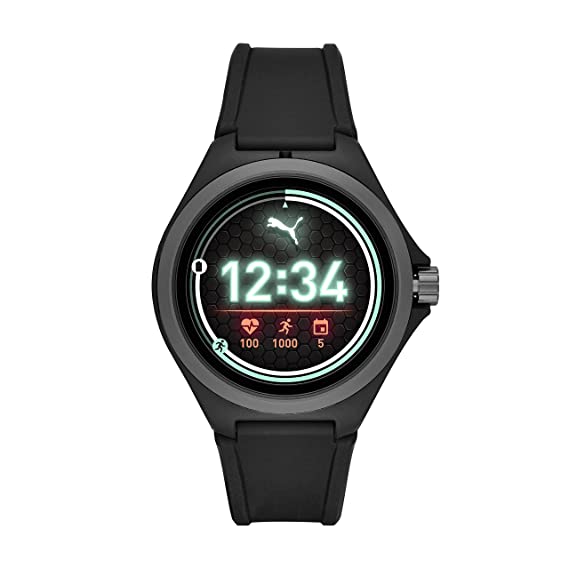 The Puma Sports Connected smartwatch is a welcome addition to the fitness industry, which companies like Garmin and Fitbit otherwise control. It is optimized for athletes and runs on Google’s Wear OS software.

At this year’s IFA, the company debuted its wearable, a perfect fitness tracker built in partnership with Fossil and has the same core as the Fossil Gen 5 smartwatch. It is geared toward people who are passionate about health and fitness, but does it meet the requirements of an athlete? Let’s see.

Puma’s watches are designed to appeal to customers who do not wish to wear rose gold or stainless steel bands when lifting weights or running sprints. This is in contrast to the majority of smartwatch manufacturers, which concentrate their efforts on developing designs that are more fashion-forward and look good outside of the gym.

Puma’s smartwatch, which was developed in partnership with Fossil, is quite similar to Fossil’s Sport smartwatch and includes many of the same functions.

The highly regarded Google Wear operating system, and the Qualcomm Snapdragon Wear 3100 processor are both included. However, in comparison to Fossil’s capabilities, it falls a little short in terms of performance because it has just 512 MB of RAM and 4 GB of storage capacity.

The Puma will connect with your smartphone regardless of whether it is operating on Android or iOS, and it comes with all of the features you would expect from a wearable device from the previous generation, such as Google Pay and Google Assistant.

You may personalize the display that is constantly on by choosing from a variety of faces, and in addition to the time, you can track metrics such as your fitness or heart rate. The Puma Sports Connected comes preloaded with a weather app and can stream music seamlessly through Spotify, thanks to its compatibility with the service.

The design of the smartwatch produced by Puma is uncomplicated and minimalistic, and it has a style that is reminiscent of the 1980s. This high-tech wearable has a fitness-oriented personality, which is shown through its streamlined nylon shell and sandblasted top ring.

It is available in three variations, and even if rose gold is your preferred color, you can still get the look you want by selecting one of the trims. You also can select a model that is entirely black or that is black with neon accents.

This unisex smartwatch is remarkably lightweight, especially considering that it has metal accents. The wristlet is an appropriate size for most people’s wrists. The always-on screen delivers the vibrant colors and rich blacks that one would anticipate from an OLED panel. The responsiveness of the screen is excellent.

The Puma Smartwatch lacks the capabilities of some Garmin or Fitbit models when it comes to fitness tracking, but it still has a lot going for it, including traditional fitness modes such as step counting and workout tracking via Google Fit. You won’t need to carry your phone with you when running if you want to chart your route because it has an integrated GPS and a built-in heart rate monitor.

The fitness tracking capabilities of this wearable are rounded out with a variety of training programs and water resistance that can reach up to 3 ATMs.

The first smartwatch from Puma may not be as impressive as many of the smartwatches produced by recognized names in the business, but it holds a lot of promise. Since we can’t evaluate a book based on its front cover alone, we won’t be able to put it to the test until November.

At first blush, the Puma Smartwatch appears to be an outstanding option for runners, athletes, and fitness enthusiasts in general. The passage of time will tell us whether or not it lives up to the anticipation, but for the time being, all we can do is applaud Puma for getting into the game with such a good-looking wearable.