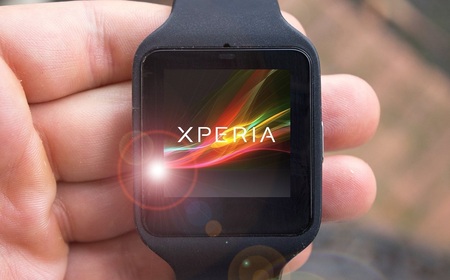 Sony is known for its high-tech products, and the Smartwatch collection is no exception. This family of wearables is compatible with Android phones and tablets. It can display SMS messages, as well as Twitter, feeds, among other things. We’ll look at some of the gadgets in this product line so you can learn more about their advantages and disadvantages.

The first Sony Smartwatch had a 1.3” OLED display and a stylish aluminium frame. The display is crystal clear, bright, and razor-sharp. The resolution is only 128 × 128 pixels, thus text and images aren’t very apparent. Although the display isn’t always on, the touchscreen is simple to operate and snappy. To wake it up, you must shake or tap it.

It includes Bluetooth connectivity for connecting to an Android device, and it’s designed to work with Sony’s Xperia series of phones. Some models from other manufacturers are also supported. Only one app comes preinstalled; the others must be downloaded from the Play Store. This may take a long time. However, there are over 40 options to pick from, with everything from texting and phone calls to Twitter, Facebook, and music controls.

With the Google Tracks app as the fitness offering, this device has a lot of potential when it comes to sports tracking. It also has a lengthy battery life, which is a welcome feature.

The Sony Smartwatch 2, an improved version of the first Sony wearable, has arrived. Though it is an improvement over the original, this device’s design isn’t very intriguing or eye-catching. It is, nonetheless, useful and cost-effective.

The Sony 2 is smaller than several rival smartwatches and is fully waterproof, allowing it to be worn while swimming. It’s also compatible with any Android device running Android 4.0 or higher, unlike the original. There is built-in NFC and Bluetooth connectivity, and while there aren’t many preinstalled apps, the Play Store has a plethora of options that can be downloaded to the device.

The Sony 2 can’t take calls unless you have a headset or hands-free kit, and while you may receive and read messages on your wrist, you can only respond using pre-set reply templates. There’s no built-in voice action or keyboard, either. All of this means that you must bring your smartphone with you wherever you go.

The 1.6-inch screen has a resolution of 220 × 176 pixels and is always on, making it much handier. Even in direct sunlight, it’s easy to see. The 200MHz processor isn’t the quickest, but it’s adequate for most tasks, and there’s no lag when launching and running programs. Even while apps are running, the battery lasts at least two days.

The Sony Smartwatch 2 is comparable to the original Sony Smartwatch in terms of fitness tracking. It has a lot of potential and can follow all of the major sports, but it doesn’t go above and beyond. A specialised fitness tracker would be a better choice for serious athletes than this device.

The Sony Smartwatch 3 is the most recent iteration of this brand’s wearable line, and it offers more functionality than either of its two previous generations. It is the most recent incarnation of this brand’s wearable line. The Android Wear OS is installed on this gadget, which includes a 1.2 GHz quad-core processor and 512 MB of RAM for further power. It also has an integrated GPS, making it more useful as a fitness tracker.

While the 1.6” display is transflective for easier seeing and offers clear crisp clarity, it’s pleasant to wear, especially with the silicone strap (a stainless steel strap version is also available).

When this model offers voice capabilities, which are useful for giving commands while on the go, the ability to engage with notifications is limited. Incoming calls are still handled through your smartphone or a Bluetooth headset.

The 450mAh battery isn’t the largest, but it lasts for about two days, and the integrated NFC and GPS make this device more enticing than any of its older siblings. You can technically play music on this gadget because it has 4GB of storage, but getting the songs on there in the first place is difficult.

This wristwatch has a lot to offer in terms of fitness. It contains a continuous heart rate monitor as well as sleep and calorie tracking capabilities. Google Fit and other third-party fitness applications are also supported, allowing you to track your exercises and overall fitness.

Is It Worth It To Buy A Sony Smartwatch?

Although there are rumors of a Sony Smartwatch 4, it is currently unavailable, so should you buy one of these three older models? What you desire from a smartwatch and your tastes will determine the answer. If you own a Sony Xperia smartphone, you’ll like the improved connectivity, but if you’re looking for a fully functional wearable for a similar price, the Samsung Galaxy Active 2 might be a better option.