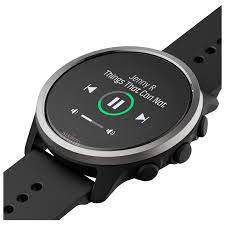 Suunto has discreetly unveiled a new mid-tier watch called the Suunto 5 Peak, which costs $329. The design of the multi-sport watch has been updated to be lighter, and there have been some improvements made to the watch’s functionality.

This is an improved model of the Suunto 5, which can be found here. Since it wasn’t updated since it was first made available in May 2019, it was past due for one. Although there have been a number of changes and improvements done by the company, there have also been some elements that have remained the same.

The color, matrix 1.1 inch display with 218 × 218 pixels has not changed; nevertheless, the glass substance has been changed from Mineral crystal Glass to Polyamide glass fiber glass. In addition to this, Suunto has reduced the size of the body that houses the screen by 3 millimeters, bringing the total to 43 millimeters. The watch is now only 39 grams in weight, which is a significant reduction from its previous 66-gram weight. The watch has a thinner profile, measuring 13.5 millimeters in depth as opposed to 12.9 millimeters on the Suunto 5.

All of these improvements are helpful and have led to a watch that is beautiful, lightweight, and has 5 buttons. The material used for the case is reinforced polyamide, and it is fastened to a silicone strap that is 22 millimeters in width. Black, Dark Heather, Ridge Sand, Ochre, and Cave Green, in addition to Ridge Sand Multicolor, are the six colors available for the straps.

It’s interesting to note that the water resistance isn’t quite as good as it was on the Suunto 5. The rating for that one is 5 ATM (50 meters), whereas the rating for 5 Peak is only 3 ATM (30 meters).

The sensors have not seen considerable development. There were rumors circulating that the product would be bundled with a barometric sensor, but this did not turn out to be the case when it was finally released. The barometric altitude is still estimated entirely on the basis of the GPS position of the watch.

In addition, there is not a blood oxygen sensor, a piece of technology that is becoming increasingly common these days. Although the heart rate sensor has not changed, the accuracy of the readings should be increased due to the implementation of new algorithms. On the other hand, the Bluetooth and GNSS chips have been improved.

It is also important to note that the Suunto 5 Peak now has the capability to receive firmware updates wirelessly. This feature was previously unavailable. With the release of the 9 Peak, this new feature became available. When the software on your watch needs to be updated, you will no longer need to link it to your smartphone or the desktop app in order to do so.

This is a nice-looking sports watch, and it comes equipped with over 80 different customized sport modes, adaptive training guidance, and a variety of performance measures. The Suunto 5 Peak is able to pack a lot of functionality into its design, which is both elegant and tough. This consists of statistics about sleep, stress, and recovery, as well as route recommendations and 3D heat maps, navigation with turn-by-turn instructions, and settings for smartphone music.

The new product, 5 Peak, will be offered by the corporation at an alluring price point of $329. That is a significant discount compared to the price of 9 Peak, which is $570. Because it effectively contains many of the same specifications as the Suunto 9, it provides good value for the money. The 5 Peak has a lower-quality construction than the 7 Peak, a display that is smaller, less high-resolution, and does not support touch, a battery life that is significantly shorter, and it does not have a digital compass, barometric altimeter, temperature sensor, or blood oxygen sensor. These are the primary differences between the two.

Runners and other athletes who don’t require all of the extra features and functions offered by the 9 Peak are the ideal customers for the Suunto 5 Peak. Those looking for a GPS watch that is easy to use, does not weigh much, and has a long battery life will find this product to be satisfactory. The Garmin Forerunner 245, in its variant without audio capabilities, represents a direct competitor in this market.

This spring marks the beginning of 5 Peak’s availability on a global scale. Beginning on February 1st, a select number of European merchants and suunto.com will have a limited supply of the product available for purchase.

Recently, the ownership of Suunto was transferred from Amer Sports to Liesheng, a company based in China. The conclusion of the deal is anticipated to take place some time during the first half of the year 2022.